Scott Fox speaks with ReGen about the development of iVardensphere’s latest album, taking the project to new levels of sophistication and intensity.

An InterView with Scott Fox of iVardensphere

For nearly a decade-and-a-half, Scott Fox has earned a reputation in the electro/industrial underground as a powerful and dynamic performer. Through his numerous collaborations and remixes alone can he be considered one of the scene’s brightest stars, bringing a furious energy to any band or project he participates in – ESA, This Morn’ Omina, Iszoloscope, And Void, and more have benefited from his presence. However, it is in the tribal percussion and grating electronics of his own iVardensphere that the intensity of his songwriting is given its most potent outlet, with this year’s Ragemaker marking a new stage in his artistic development. Incorporating a wider percussive and instrumental palette, along with his signature production styling, the album presents an audiovisual mythos that takes iVardensphere to new and almost orchestral levels and compositional sophistication. Fox spoke with ReGen Magazine about the development of iVardensphere’s sound and style to culminate in Ragemaker, touching on his recent collaboration with This Morn’ Omina, working with the likes of I:Scintilla’s Brittany Bindrim and Andy Deane of The Rain Within, creating the band’s first music video, and performing live as the pandemic’s grip on the world hopefully starts to loosen.

It’s been four years since the last iVardensphere album, but you have been busy in the meantime. In what ways do you feel the work you did – remixes, working with This Morn’ Omina, etc. – affected your outlook or your approach to Ragemaker? 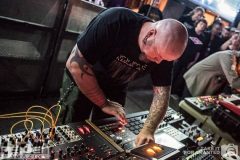 Fox: Four years! Has it been that long? Time sure flies. For the most part, the various remixes and the TMO album I wrote with Mika really helped form what I didn’t want to do with Ragemaker more than what I did want out of it. I knew I wanted to make something sonically different than those other things. Even though I’m quite proud of those releases, I knew I didn’t have it in me to revisit the same ground. If I had done something too similar to TMO, it would have created a potential for direct comparison that I didn’t want. On top of that, I’d get bored writing the same song over and over. Ragemaker was an attempt to really push in a different direction and, to that end, I feel it succeeded.

Outside of the various projects you’ve been involved in since the Hesitation album, what other factors led to the long gap between that album and Ragemaker? In what ways did these factors contribute to the songwriting process, if at all?

Fox: Since Hesitation I’ve been quite busy, actually. During that time, I wrote the Rime of the Ancient Mariner release. That one is a 45-minute-long take on the famous poem. Then came the And Void album with Mari Shear and Mika, which was really special to me for different reasons. Then I produced a couple albums for clients and did various remixes and finally the TMO album. I suppose that’s why it went by so fast. I didn’t stop producing during all that time. In fact, I’m sitting here thinking about the next iVardensphere album and the paint isn’t even dry on Ragemaker. (Laughs)

The album has some interesting features on it, from I:Scintilla’s Brittany Bindrim to Seeming to The Rain Within, and more. Would you tell us what your approach to these collaborations was, how your various contributors came to be involved in their respective songs and what you feel their presence added to iVardensphere on Ragemaker?

Fox: Jamie and Yann were quite busy doing things in their world, so I took the liberty of going in a different direction with Ragemaker. With the songs approaching completion, I had to start looking for singers. I had known for a long time that I would approach Brittany for doing ‘Varunastra.’ She’s a phenomenal singer and her style fits that song perfectly. In fact, ‘Varunastra’ is my favorite song on the album. It’s one of those songs that, when you listen to it afterwards, you can’t believe you wrote. When it came to The Rain Within, Andy and I were planning to do an And Void song, but during the process, I switched gears and said we should make this an iVs track. The vibe fit what I was after, so why not! Andy is so good. He really nailed the elements he did on ‘Rime of the Ancient Mariner.’ I knew I had to have him here. Alex Reed (Seeming) came along later in the process. I’d worked with a couple of people to develop vocal elements for ‘Indomitus,’ but it never came to bear fruit. I was excited when Alex said yes as I have a lot of respect for his musical knowledge. When he sent back the vocal parts, I got out of my chair and fist pumped the air! Everyone really brought their A-game, which I can’t appreciate enough.

Prior to the album, you released a video (iVardensphere’s first) that combined ‘The Shattering Queen’ and ‘Ragemaker.’ What motivated that idea, and in what ways do you feel it presented a better picture of what the album would be presenting? 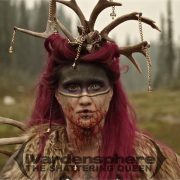 Fox: The initial idea was that I wanted to do a proper video. iVs had never done one, so it was time. Hiring a film crew proved to be prohibitively expensive. In fact, I could buy the film camera and all the other gear needed to film the video (and future videos) for the cost of the cheapest quote I got and still have plenty of cash left over. All I needed to do was learn how to do it… but, at the end of the day, that was a lot of fun as well. ‘The Shattering Queen’ video was the very first time I’d ever had anyone in front of the camera. Yes, it’s not shot with high end skill, but for my very first time doing anything in video format, I’m pretty happy with what we managed to accomplish. Now, I can take that knowledge and move forward. As for story elements, the shooting of the video is where we were able to really lock down some core elements of the mythology of Ragemaker. There were choices made during the filming that had a direct impact on the album. For example, Samantha (she played Disir) wore a white contact in one eye. That choice developed into a part of the overall story that you can hear in the song ‘Sisters of the Viper’s Womb.’

Are plans – or at least ideas – in place for another video to happen?

Fox: Absolutely. Just not for Ragemaker. My eyes are set forward – always forward.

You joined This Morn’ Omina on The Roots of Saraswati, released last year. What led to your joining the group for that album, and in what ways do you feel your styles meshed to enhance the sound of This Morn’ Omina?

Fox: My joining TMO stemmed from a few things. First, the music I write is stylistically complementary to what is going on with TMO. Added to this, Mika worked with me to produce songs for And Void. During this time, we learned how to work together. Moving into TMO seemed a natural thing.

What more can we expect from this association? Are you working on new material for that band, or focusing strictly on iVardensphere for now?

Fox: I suspect we will begin work on the next TMO at some point, though I’m not sure when that will be. We are currently looking at ideas. Those pokers are in the fire. The Roots of Saraswati was a musical album. Part of me wants to make the next one a heavier album… but we will see.

Regarding the pandemic, what do you feel are the major lessons we learned? What do you feel artists, labels, venues, the industry as a whole should take away from the experience and use or think about going forward? 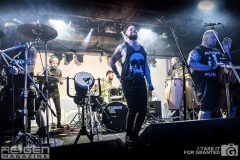 Fox: It is undeniable that the pandemic showed us the fragility of the entertainment industry. We’ve all heard how live music as a whole got demolished. On the flipside, all these artists hung out at home being productive. A lot of music came out of the pandemic. It’s going to take me a couple of years to catch up on the releases I want to listen to. I can’t speak too much to the labels. Labels face their own set of independent challenges of selling music in the 2020s. It looks like things are on the mend, though. I’m booking shows around the world, which feels pretty good. It always feels like it’s one press announcement from being cancelled, though. I’ve been stung by this a few times already. Many shows have been booked and cancelled.

On that note, what are your plans for performing live again – either in iVardensphere or in any other band/project?

Fox: Yes! I’ve got festival gigs on the go for both iVardensphere and TMO in the U.S., U.K., and Europe, as well as a series of iVardensphere Singularity gigs around the U.K. and the U.S. west coast with ESA. Shit is happening and it feels great!

In what ways do you feel you’ll be adjusting your approach to playing live – either on a performance, technical, or business level?

Fox: I’m not going to adjust anything outside of I want Singularity shows to be noisier. I want to make them punch you in the head rather than emulate elements from albums. Singularity shows have always been improvisational… but now, I want to amplify that vibe and just create an off-the-hook show. I think 150 BPM is a good place to start. (Laughter) 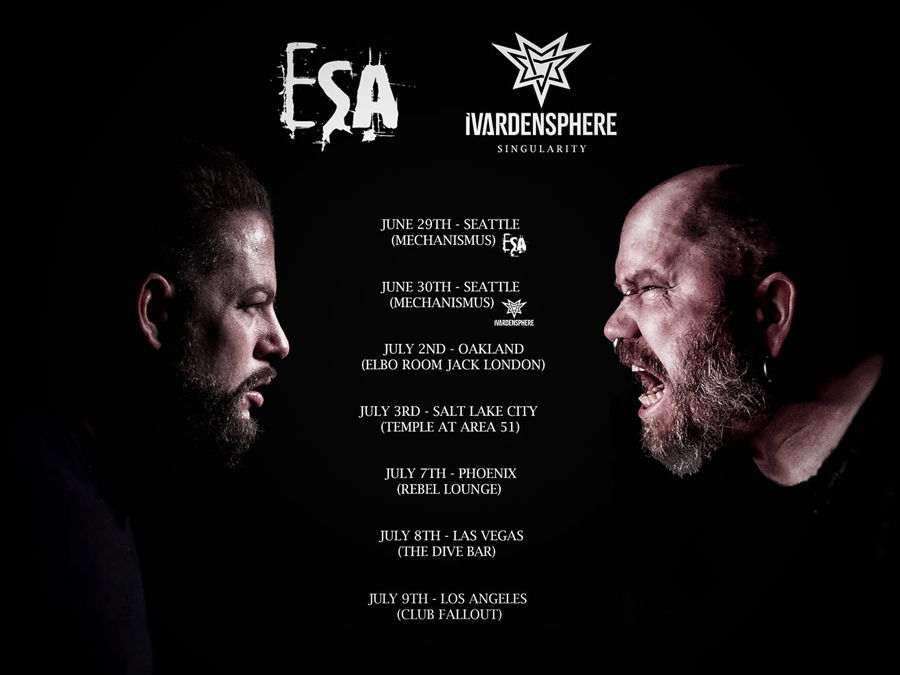 Photography by Jill Grant of Take It For Granted Photography, courtesy of iVardensphere.