God Module’s Jasyn Bangert speaks with ReGen about the creation of the band’s first full remix album, his thoughts on the current global crisis, and drops a hint of what is to come.

An InterView with Jasyn Bangert of God Module 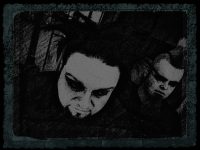 Aggressive and atmospheric, God Module has maintained its place in the echelons of dark electro thanks to Jasyn Bangert’s blend of abrasive EBM rhythms, gothic melodic textures, and in-your-face industrialized power. 2019’s The Unsound proved to be among the group’s most accomplished efforts, solidifying the formula that has defined God Module’s sound and allowed the band to stand apart from its peers. As if that weren’t enough, August 2020 saw the creation of the band’s first full remix companion, presenting reinterpretations of The Unsound by the likes of Amnestic, IRIS, Absynthe of Faith, Finite Automata, Ghostfeeder, and Funker Vogt, making for a dynamic and assorted mix of exciting up-and-comers and the long established. Shortly after the release of The Unsound Remixes, Bangert took the time to speak with ReGen Magazine about the culmination of this release, as well as sharing his thoughts on creating music and performing live in the wake of the global pandemic.

You’ve just released the remix companion to your eighth album, The Unsound. After a year, in what ways do you feel that album has held up to your original vision? Are you satisfied with it, or do you now feel there are aspects you’d rather improve upon?

Bangert: I went to a lot of very strange places in my head writing and producing The Unsound – some I’ll be happy to never return to, while some I miss and long to visit again every day. I am still very happy with the outcome. If there were any aspects that I felt needed improvement, then I would never have released it.

After eight albums, what do you find are the biggest challenges in maintaining both a productive momentum and creative growth? God Module has such a distinct and identifiable sound, what do you feel has kept your sound from stagnating?

Bangert: I have never wanted God Module to fit into any of the current subcategories of ‘industrial music,’ whatever they might be at the time. All of that is meaningless to me. I place no real restrictions on myself as to what any of my releases ‘should’ sound like. I just try to make songs I like and that are inspired by things I like. I can’t really ask myself, ‘Does this sound enough like God Module?’ because in the end, it only can sound like God Module, because it’s me. I think the project has stayed fresh and not become stagnant and overtly repetitive, as many bands I once admired have, because I only want each release to be exactly what it is when it is done, nothing more nor less. I’m never trying to revive the sound of some lost moment in the past or trying to do what everyone else seems to think is cool this year. Not having any expectations or specific rules gives you far more options to create what you want.

Although remix companions are still viable, they don’t (at least in my observation) hold the same power that they once did. What excites you the most about remix albums, and this one in particular? What about God Module’s sound, especially on The Unsound, were you most enthusiastic to hear others interpret?

Bangert: This is the only full remix release I have ever released. It came about simply because I decided to not have anyone remix anything off of our last two records, False Face and Prophecy. So, when the idea to do a companion remix release to The Unsound came up, I wanted to do it a little differently. I asked some well known bands that people would expect to possibly hear on a God Module remix record. But then, what I wanted to do was include bands I liked, no matter the genre or that I felt deserved more exposure. Almost every band on the record is either an artist we have performed live with or that I have a personal connection with somehow. That was important to me for this release and I think it worked out well in the end.

Earlier this year, just prior to the onset of the COVID-19 pandemic, you performed a series of live dates. With live music in a great deal of turmoil, what possibilities do you foresee for live music to survive or evolve in the wake of the current situation?

Bangert: Yes, we did a short West Coast U.S. tour in early 2020. I wish I would have known then just how special those shows would end up being to me after all the insanity with COVID-19 changed our lives. Sadly, I do not see much hope for live music or many of the other things I miss for that matter, if we stay on the same path we are on now. The stupidity seen since this started, especially in America, is just mind blowing. The refusal to accept science and just the level of ignorance and selfishness is astounding. If things do not change politically and socially very soon, I don’t see an end in sight; rather just an endless loop of doing nothing then wondering why everything hasn’t fixed itself.

On the other hand, a livestream obviously doesn’t hold the same power as a live show, but as it’s become part of the status quo, what sort of possibilities do you see God Module and other bands to use new and online technologies to keep music alive and maintain the excitement of audiences?

Bangert: I think this can be done well, but I agree that the majority of the streams I have seen of live performances really do not compare to seeing a band live. It is a much needed distraction and I am glad it is a somewhat viable option for bands, but I’m personally not a fan. There is no plan at all right now for God Module to perform a show over a livestream, but if this lasts over a year, then I will start planning something. If I do it, I want to do it in a way that makes it stand out visually and location wise. I already have some ideas.

What’s next for God Module?

Bangert: I have already been planning the next release. What exactly that will be is something you will just have to wait and see.