After almost 40 years, Die Krupps continues to address the bleakness of an ever darkening world, continuing to keep the Machineries of Joy well oiled as ReGen speaks with Jürgen Engler about the band’s legacy and future.

An InterView with Jürgen Engler of Die Krupps

It simply can’t be understated the extent to which Die Krupps has played a role in underground music. Since its formation in 1980, Jürgen Engler has taken the band through various lineups and musical progressions, unleashing a Teutonic onslaught that has made Die Krupps one of the most revered progenitors of German industrial/metal and EBM. Continuing to push the envelope with provocative lyrics that address the failings of a descending into chaos and inhumanity, the band released Vision 2020 Vision in November of 2019; described by Engler as “a prophetic view of things to come,” it was perhaps too timely an album, but an impactful one all the same. Now, with a new music video and single in which Engler collaborates with The 69 Eyes’ Jyrki69 to address the current global crisis, ReGen Magazine had the opportunity to speak with him about Die Krupps’ worldview and touch on some points of the band’s history, along with a few words of hope for future performances in the U.S. and beyond.

Your latest album, Vision 2020 Vision in some ways has a very apocalyptic vibe. Could you talk about the concept behind the title? Is it more of a theme of the end of the world, a new world order, or simply how you see the world in the coming months?

Engler: It’s more of a prediction, a prophetic view of things to come, and I say prophetic because a lot of things predicted in the lyrics have already become the reality since the release of the album. We are definitely moving into a very dark place, especially if we cannot stop the rise of the right, and that also includes the individual in the White House.

‘The Carpet Crawlers’ is very different from most of the other tracks on the new album as the vocals are very Bowie/Tom Waits-like. Can you talk about this track and the inspiration for it?

Engler: ‘The Carpet Crawlers’ is actually a cover version of a Peter Gabriel-era Genesis song. I was always looking for a cover song that would turn heads and come as a total surprise, so this was a perfect one! I remembered that Peter Gabriel when asked in an early ’80s interview for his album Security (I believe it was in the British Melody Maker) where his industrial influences on the album came from, and he responded that he was listening to Die Krupps’ Stahlwerksinfonie! So, our cover version is a nod to the master, if you will. And, of course, it’s a great song.

You spoke in an interview at one time regarding singing some songs in English and some in German; that the songs sung in German are uniquely directed to the German people. What is it about a track like ‘Obacht’ that makes it uniquely German in topic?

Engler: ‘Obacht’ is a song about a very famous German murderer from the ’70s, called Fritz Honka. There’s even the movie about him called Der Goldene Handschuh. It’s definitely worth checking out, but be warned – it’s not an easy one to digest!

To go back in time a bit, you were largely absent between the years of 1997 and 2005’s Wahre Arbeit, Wahrer Lohn / Der Amboss EP. What prompted this absence and what inspired the return?

Engler: The reason to disband Die Krupps in 1997 was because we just didn’t get along anymore, simply put. We did too much touring back then – seven-to-eight months out of the year on tour – it was really hard for non-drinking me to deal with the party people every night, who I later found out also used other substances. We basically had two groups of people, and we just couldn’t go on like that anymore. It took us some years to get over it. But since the band was my baby, my life, and heart blood, I decided to get together with Ralf to exorcise the old ghosts. We reformed the band for the 25th anniversary in 2005, and the rest is history.

Can you give a perspective into the differences in your studio from 1981 to 2020? What were the tools of your trade then and what about now?

Engler: The first album was recorded in the band CAN’s Inner Space studio and it was basically a band performing and doing overdubs with metal percussion. The second album was already all electronic music, and that was before sequencers were widely available! Luckily, we knew someone who had built a 16-step sequencer by himself. That thing was as big as a cupboard and looked more like a telephone switchboard, but it was functional. You’re asking how that compares to making music nowadays where everybody has a computer and music software available for free? Do I need to say more? I don’t use much software though; I have hardware machinery, which I use for that signature Die Krupps sound – can’t do without!

How have your motivation and vision for Die Krupps changed in the decades since the project’s inception?

Engler: The motivation is still the same; I do it because I love it, I do it to make a difference, and I do it for the people who are enjoying it! The only difference nowadays is that you know that everything you do is out there for the world to see and will be out there forever! When we started, we were definitely not aware that our music would survive the next two years – nice to know it did!

What do you feel is your greatest accomplishment, both personally and professionally, as an artist?

Engler: I think the greatest achievement of Die Krupps is to be founders of the musical genres that later became known as industrial music, EBM, and industrial/metal. There was only a handful of bands who were also on the pulse of time, but they were just very few. For example, our first album, Stahlwerksinfonie came out months before the first Einstürzende Neubauten, our EBM anthem Wahre Arbeit, Wahrer Lohn – later called Machineries of Joy – came out almost at the same time as DAF’s Alles Ist Gut, and Metal Machine Music was conceived and first saw the light of day as a demo in 1988. It makes me feel good to know that we paved the way for hundreds of bands that came after us, and who turned this into a movement, at least in Europe.

Do you feel that certain German bands (who shall remain nameless) who have gained widespread commercial success help point the direction back to Germany as a center for industrial music? Or do they overshadow some of the lesser-known acts?

Engler: I think I know which bands you are referring to, and I would not refer to them as industrial bands. But I think Germany is definitely one of the centers of this music and all its subgenres. It’s the place that has the biggest get-togethers and festivals in the scene, and it’s huge! Unlike in the U.S., where it has not regained strength after the decline in the early 2000s. For most people in Europe, it’s a lifestyle; not just a weekend thing or a concert you go to see. It has a deeper meaning for most. You basically don’t just dress up for it on the weekend. You live it.

This question comes from U.K. artist Matt Hart – how do you guys travel with those large pipes you use onstage?

Engler: The steelophone is always on tour with us; it’s a big part of the show and I won’t do without! So, if you come to see us and can’t stand it loud, make sure to bring some earplugs because that thing puts out a kicking 116 db! But that’s the whole fun of it, right?

You just released the music video for your upcoming single, a cover of The Neon Judgement’s ‘Chinese Black,’ on which you collaborated with Jyrki69 of The 69 Eyes. While the message of the video is self-explanatory, would you tell us about your first experience hearing the song? 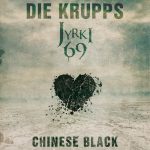 How did the collaboration with Jyrki69 come about? Was it always the plan to cover this specific song with him, or was it just the opportunity that presented itself?

Engler: I have known Jyrki for years; we are old buddies. When I talked to Cleopatra Records about this album project, they mentioned him, and I said he would be perfect to do ‘Chinese Black’ with me. So, we got in touch and now we have the result. He sang the song while in quarantine in Finland.

While the COVID-19 crisis has unfortunately placed a delay on them, what plans did you have for 2020?

Engler: The plan for this year was to play some shows in Russia and a few festivals in Europe, and then finally make it overseas and play a full American tour, which we haven’t done in quite a while. We are still hoping to put together a package; that will be a big draw, hopefully. I’m really looking forward to it, it’s been way too long! I live in the U.S., so it’s about damn time that we play my home country! To the hilt! Hopefully, these plans will only be delayed until fall. 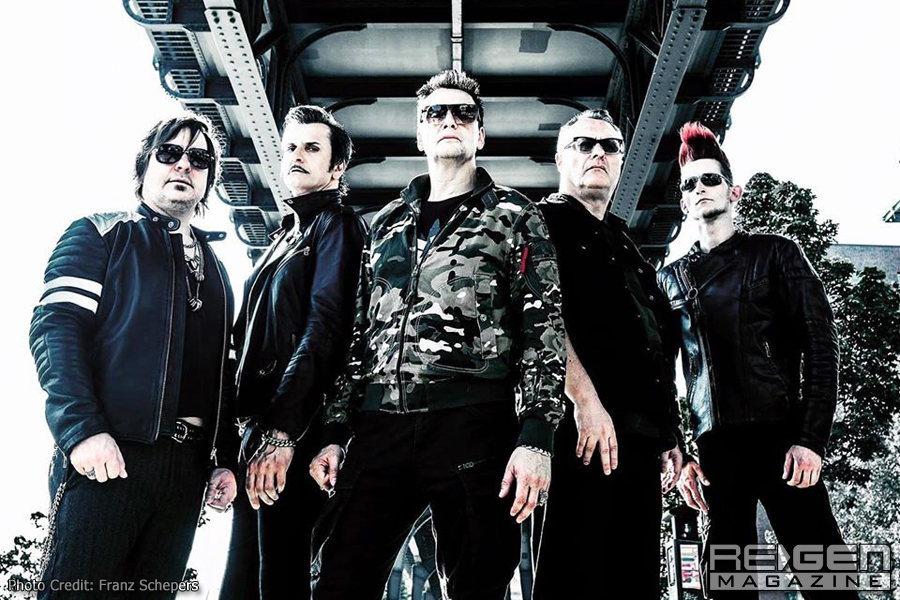 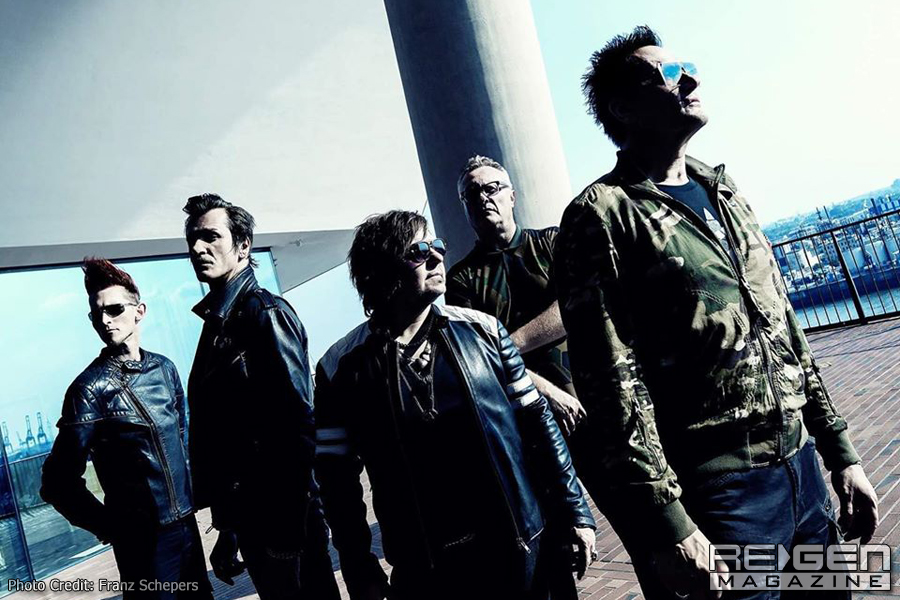 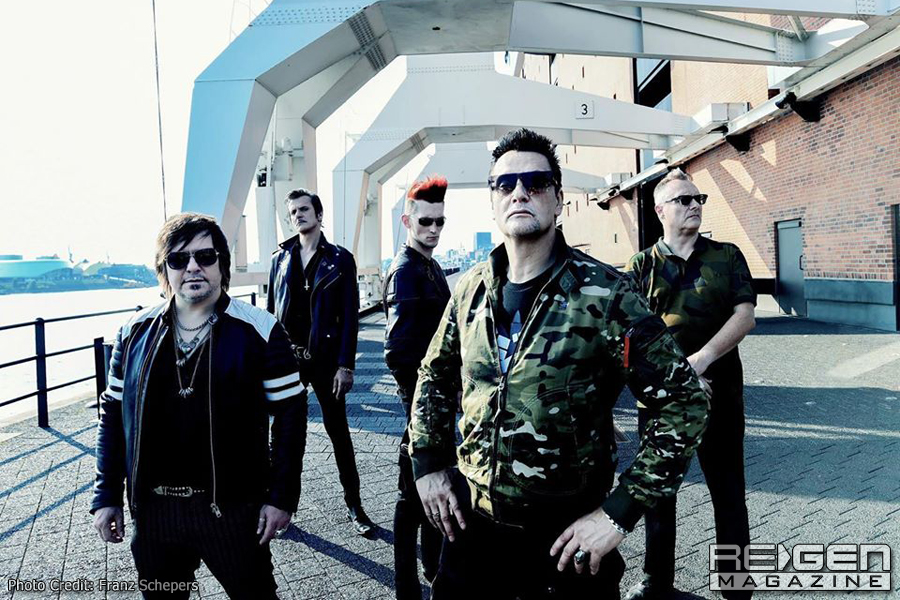 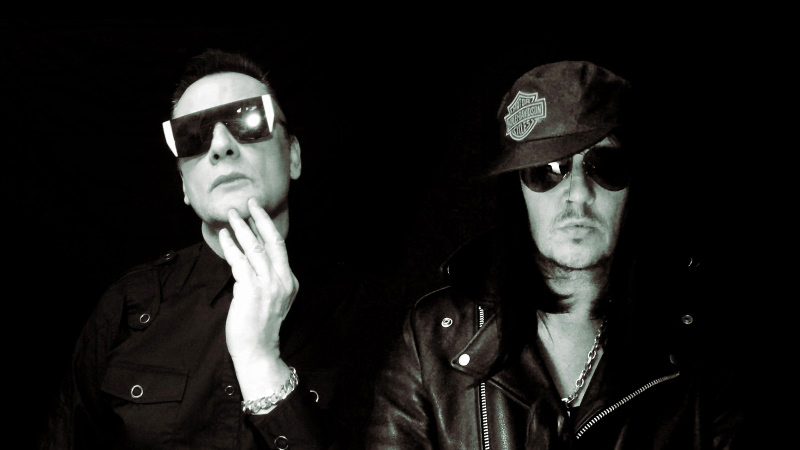 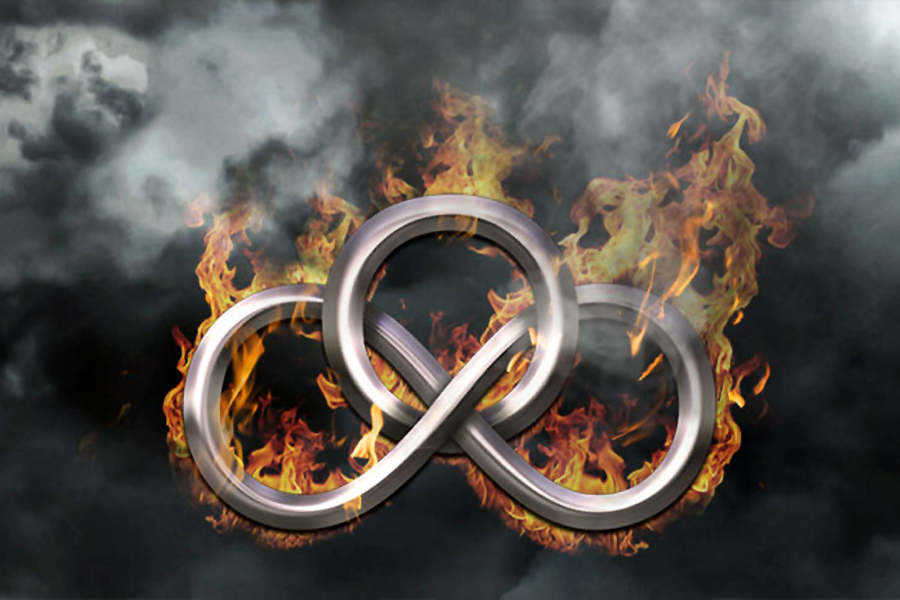 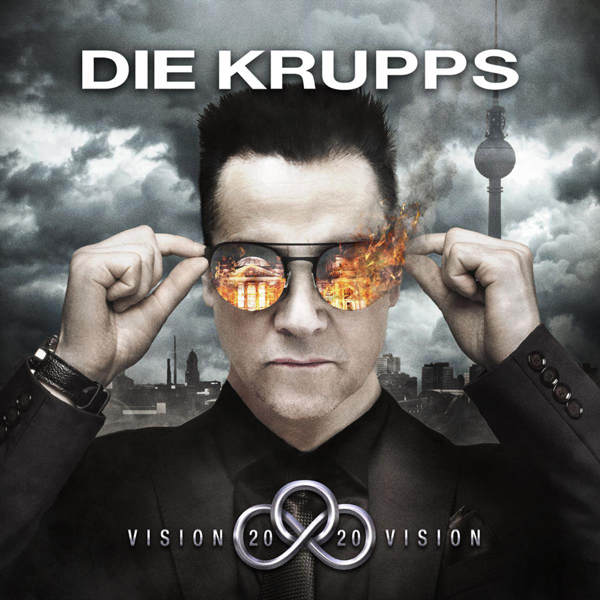 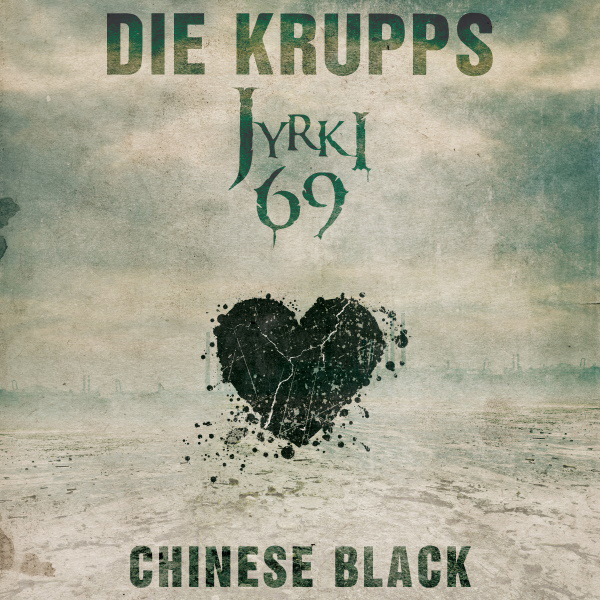