With the band’s ninth album, Assemblage 23 has solidified itself as one of the foremost entities in modern electronic music, with Tom Shear speaking with ReGen about his new music and living in these darkest of days.

An InterView with Tom Shear of Assemblage 23 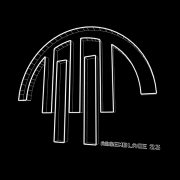 One of the mainstays of the electronic music scene for the past 21 years, Assemblage 23 has continued to present a distinctly emotive and sophisticated style that has culminated in the project’s ninth album, 2020’s Mourn. Tom Shear’s intelligent and heartfelt lyrics addressing his innermost feelings about the world-at-large, all delivered by way of a driving mix of EBM and dance floor ready beats, abrasive industrial textures, and electrified pop melodies have all placed Assemblage 23 as a consistently energizing musical force; with Mourn, all of those qualities are presented at their utmost to make for one of the band’s most dynamic records to date. ReGen Magazine‘s Trubie Turner had the opportunity to speak with Shear about the new album, touching on the artist’s state of mind and hopes for the future in a world torn by dark times.

Though you’re no stranger to darker songwriting, everything about Mourn, including the title, feels substantially grimmer and more nihilistic than your past work. So, to start, are you okay? 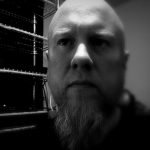 Shear: (Laughs) Yes, I’m doing fantastic now, but the time period the album was inspired by was pretty dark. Depression kind of took over my life and I had to do a lot of self-reflection on what needed to change for me to get myself back on track. In that sense, despite the lyrics being pretty gloomy, I think it’s actually quite a hopeful album. The overall message is, ‘you have the ability to change your life for the better, but you have to take those difficult first steps.’

Did you know from the start you wanted to do a darker album, or did current events just result in a heavy swerve in that direction?

Shear: It was more closely related to events in my own life than it was current events, but of course those play into it as well. I wrote ‘Welcome Apocalypse’ after seeing the first anti-mask protests in the U.S. and thinking, ‘You know, if this thing wipes us out, maybe we had it coming.’ But I think even the songs that came out of personal experience seem kind of fitting for 2020. I think it would almost be weirder if the album wasn’t dark.

The album’s lyrics could easily be held up alongside the work of some of the most gothic acts out there and would be hard to discern which is the industrial/EBM act and which is the goth act. Were you channeling any gothic acts in your songwriting?

Shear: No, I’ve never really cared for goth music, to be honest.

The album tackles a lot of heavy subject matter, both emotional and societal. On the emotional end, tracks like ‘Epiphany’ and ‘Dissonance’ are sure to resonate very deeply with listeners, but I assume they also reflect some of your own struggles. When you create tracks like these, do you find it more rewarding making that deep connection with your audience where they go, ‘Wow, that’s me,’ or expressing those inner demons and going, ‘this is me?’ 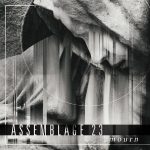 Shear: I wouldn’t say the two things are mutually exclusive. I’m obviously writing from my own perspective, which is extremely cathartic and rewarding in itself, but if the audience finds a connection, even if it’s not the one I may have intended, that feels like a success from a songwriter’s perspective. They’re both gratifying in different ways, I’d say.

On the subject of societal issues, do you think we can still back society away from this cliff edge it’s perched upon? Or do you think we just need a good shove and get it over with as ‘Welcome, Apocalypse’ suggests?

Shear: Human beings are resilient creatures. I think we’ll recover and move on eventually, but there is a lot of damage that needs to be repaired and that’s going to take time. Bad situations have the silver lining of allowing you to take inventory and fix what needs to be fixed. That’s kind of a running theme throughout Mourn. The real question is whether we will take the opportunity to do those things.

Speaking of the apocalypse, in our new socially distant reality, you’ve done virtual release parties for the album, and I believe you’ve done virtual DJ sets. Are you thinking of attempting any virtual concerts? How do you feel about this form of fan engagement versus the traditional touring?

Shear: No, I have no plans to do a virtual concert. Mari and I did one as Helix, which was cool, but it’s really not a replacement for the real thing. The biggest difference is there is no interaction between the performer and the audience, and that really changes the energy of it. Aside from that, my keyboard player lives in Indiana and my drummer lives in California, so it’s not really logistically feasible for us either.

In an attempt to be a bit more optimistic about the future, when we finally get back to a bit of normalcy, do you have a ‘dream tour’ in mind? Is there anything special you would like to do to celebrate a return to live performances? 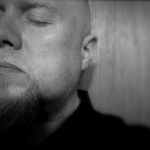 Shear: I think just the ability to do live performances in itself will be a celebration. And I say that both as a performer and as someone who enjoys going to concerts. That, more than anything, is what I really find myself missing. That, and the travel. So mostly, we’re just really itching to play live again when it’s safe to do so. I’ll be happy no matter who we’re sharing the stage with.

What does life after the apocalypse look like for Assemblage 23?

Shear: A lot fewer mutants and dudes shooting flames out of their guitars on the back of giant trucks than I was expecting.