Karl Jenkins shares his thoughts on music scene today as an up and coming artist and talks about taking Idiophonic from solo project to live band.

An InterView with Karl Jenkins of Idiophonic

Having started on the rocky road to success as a solo artist, it wasn’t always easy for North Yorkshire’s Idiophonic and his quirky alt-pop sounds (frequently compared to IAMX and The Dresden Dolls) to see his vision realized. The artist, also known as Karl Jenkins, recorded and produced last year’s seven-song Black House album entirely on his own, but after performing select live shows using just a keyboard and backing tracks with the addition of a guitarist, he started to realize that it might be necessary to get a full band together to craft his touring dreams. As a result of incorporating drums and bass guitar, Idiophonic’s sound has been seriously “rocked up” and given a new, more powerful direction. Karl chats to ReGen about the way he is making music in 2012.

Jenkins: Idiophonic is just a name I’ve used for any music projects I’ve worked on, singing or producing or writing. And all the projects have been very different; I’d like to think they all had something in common that wasn’t just that it was me that worked on them, a particular aesthetic, maybe, that lends itself to having its own name. And I think it sounds cool, maybe. Truth is, I had no idea what it meant when I chose it; I thought I’d made up an awesome new word. 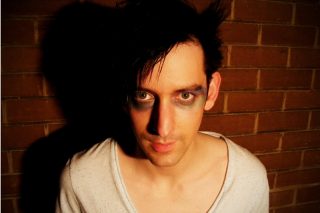 What or who are your greatest inspirations, sonically and personally?

Jenkins: Things that inspire me, everyone is switched on differently. Smelling night jasmine when it’s humid; sounds pretentious, like a line from a teen vampire novel, but it makes me want to write. There’s probably some sort of mind-altering chemical in it. Artists that I listen to that give me the itch: Radiohead, Vector Lovers, Nine Inch Nails, Smashing Pumpkins, Brian Eno, Fever Ray and Claude Debussy are examples. I have a book on graphic design that I flick through; seems to give me ideas. It’s full of bright colors and interesting shapes, I’ll take whatever I can get as far as brain food is concerned.

You’ve previously worked alone but have recently brought a new band together; how do you find the creative process differs from solo work when there are other people involved?

Jenkins: It entirely depends on who those people are. Anyone can play in a band. When you’re working on your own, you take whatever fizzy mush is going around in your brain and try and turn that into something for people to listen to so they get where you’re coming from. That’s an easy thing to do, but almost impossible to do well. There has to be a balance between what you’re trying to say and making it palatable. No one wants to eat a dish full of cinnamon, no matter how good it tastes in your cooking. I find writing on your own can be really rewarding, and sometimes a lot faster than working collaboratively, but there’s always the risk that what you do becomes two-dimensional, regardless of whether you think you’ve got the greatest idea in the history of mankind. Adding other minds to the project carries a similar risk; if you’re all coming from the same place, listen to the same bands and wear the same clothes, then the mess you wrote in your bedroom becomes a loud, boorish mess. Getting the right people is more important than practicing five times a week. I’m incredibly lucky to have a group of guys who are not only immensely talented musicians, but they have their own ideas and inspiration. And they’re cool people. Which is also another deal-breaker.

How do you feel that Idiophonic’s style has evolved since the release of Black House?

Jenkins: Black House was a weird album. I wanted to take those songs and play them live, and for them to have the same effect I was going for on record, but in a venue. It didn’t really work. I definitely didn’t write it so that it could be performed, and trying to make that transition in my mind weakened the entire thing. The response was good—we got a good reception the few times we went with that style live—but I was never really satisfied that was the best we could do. I’m coming from the same place now, but with instruments and songs that are, put simply, more exciting. As much as I’d like to stick to my guns and spend thousands of pounds on lasers and smoke machines and vintage synthesizers, it felt like putting a square peg in a round hole, and I got the impression people were bored by it, and I don’t blame them. There’s no point trying to force the issue if you’ve given it a good shot. Sometimes it’s time to change tack and mix it up a little. I’m all for that. I tend to get bored really easily with things that stop being exciting or stop having potential, because ultimately, where does that take you and your creativity? 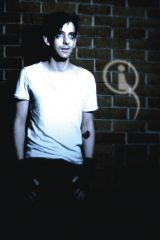 As someone who has studied and worked within it for the past few years, what is your attitude to the current state of the music industry?

Jenkins: It’s never been this easy or inexpensive to sell records. I use Bandcamp because I like how simple and straightforward it is. It’s really easy and not expensive to distribute through Tunecore and the like to get your music in the iTunes, Napster, Amazon stores. It’s easier nowadays to do whatever the hell you like with the music that you make. I have a distribution deal with Wonderlous Music out of New York, and if someone wants to give me money to use my music then that’s great, that’s me in coffee and bagels for a few months, but it’s not the reason I do what I do. Sure, I’d love to make my living just writing and performing, but if it was more important to me to make more money, I’d write more commercially viable songs. I can only speak for myself, really; there are so many discussions and complaints about the ‘current state’ of things, but as an artist you have the freedom to choose what to do with your work, and how valuable that work is to you. I really don’t like to postulate about the music industry because I don’t really care about it.

What about electronic music? What are your thoughts on current trends like dubstep?

Jenkins: I love industrial music, and the new wave of dubstep is basically bastardised industrial music. Which is great! It’s important that it doesn’t die, though. Hopefully there will be some artists that can adapt the sound into their own and develop it, otherwise it will end up as a flash in the pan. The synth sounds and ridiculous beats that come out of some dubstep tracks are immense, and there’s such a cross-genre appeal that there are loads of directions that it can go. And I love to shake my ass. It’s great ass-shaking music.

You’ve just released some new live tracks on Soundcloud; talk us through ‘Horrors.’

Jenkins: I wrote Horrors, unsurprisingly, really late at night. It’s one of those songs that we love to play live because it’s really simple and has a cool bass line that I may or may not have stolen from Goldfrapp. It’s sort of defining the direction in which we’re going with the new material at the moment. More electro/rock. More loud and filthy.

How did you find collaborating with U.S. electronic musician Lukas Greenberg on the track ‘Broken’?

Jenkins: I really enjoy working with Lukas. That’s the third record we’ve worked on together, and it’s a bit of a break to not have to worry about anything but the vocals and lyrics. He writes the track, and I sing; it’s a lot of fun working with a genre that I’ve never written for. I’d never really listened to deep house before working with him, either.

What is your attitude to touring as Idiophonic, the band?

Jenkins: I’d love to go on tour, but because people want to see us play, not because I think the world desperately needs to hear us. We’ve had a few invites from people overseas, and it would be great to take the band to the USA or Europe, but at the moment we’re still working on our new material and getting things right so that we can really make an impression when we hit the road.

Jenkins: I’d like to get one or two festivals under our belt. There’s nothing like playing in the sunshine to people who’re ready to have a good time. Also, we’re probably going to get an EP recorded in summer so we have something really quality to share with everybody that’s representative of our sound to date. Plus I have a bet on with an actor friend of mine; whoever appears in the Guardian newspaper first gets lunch bought for him. I don’t know if he remembers about that, but I haven’t forgotten, and I do like lunch.