On the eve of his North American tour, Chris Corner speaks with ReGen about Alive in New Light, his creative process, and the future of IAMX. 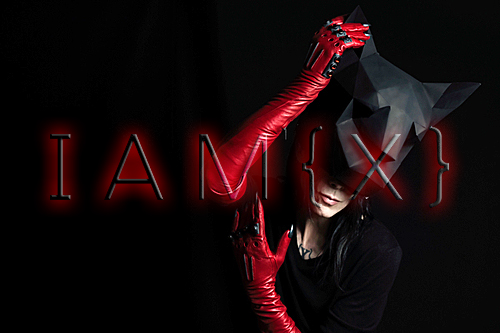 An InterView with Chris Corner of IAMX

Few artists have established as deep and personal a connection with the audience that IAMX has. Previously described as “public therapy,” each release presents an intimate snapshot of Chris Corner and his emotional trials. His bold new release, Alive in New Light dropped in February to much critical acclaim and he is currently embarking on a world tour. During a short break between the European and North American legs of the tour, Richard Reich had the pleasure of checking in with Corner on behalf of ReGen Magazine. Always surprisingly engaging, Corner opens up about his creative process, touring, and more.

You’ve spent a good deal of time living in L.A.; has that had any effect on IAMX?

Corner: Well, it’s certainly had a personal effect on me. I feel much calmer and more relaxed. The weather is certainly better. I enjoy the people. Before, I think I had a bit of a skewed perception of Los Angeles. I’ve found it’s a very surprising and different culture.

At this point, do you identify as an American. or do you still feel like an outsider looking in? 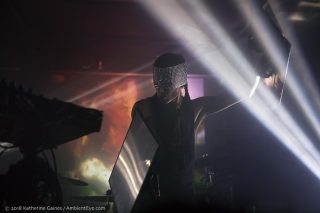 Corner: I think I’ve always identified as an outsider no matter where I’ve been. I grew up in a working class industrial town that was very intolerant. I’ve always felt like the freak. I moved to London and then on to Berlin and, obviously, felt the change in culture there. I was always sort of searching for that artistic home and L.A. just really feels like an artist orphanage. You can be as odd as you want and no one can really be bothered to give a fuck. There’s that sense of individuality, which can cause problems at times, but it’s such a part of the American culture.

You recorded Alive in New Light in some measure of isolation; do you ever find yourself feeling lost in that situation?

Corner: Always. (Laughter) There’s a certain sense of self-flagellation and helplessness. Sometimes, I just can’t stand working with other people. There are always several phases to the creation of a record. At first, there’s that naïve excitement of going in and making something new. Then comes this sort of horrific, terrible sense of digging yourself out of what you’ve gotten into and thinking, ‘this is shit.’ I think that’s just a part of it. I’ve dabbled a bit with collaboration, and I hope to do some more of that, but it’s such a private, intimate (at least lyrically), and emotional experience. I’m a bit of a control freak. 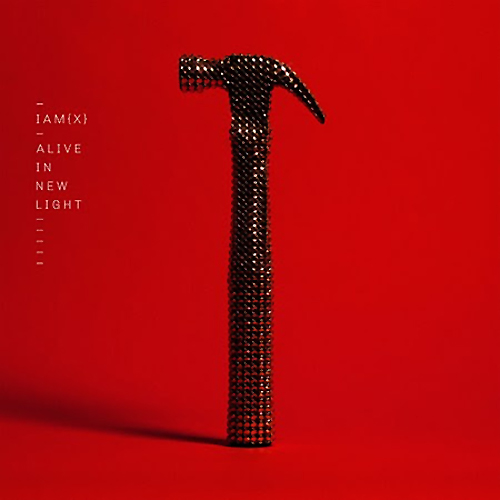 Do you worry about becoming too self-indulgent in that solo creation?

Corner: I think that, if I had subjected myself to a more commercial path, that I would struggle more with that. I’ve managed to tread water pretty well, while making few compromises. Obviously, we all need money and to earn a living and you do have to make some choices based on that. I have such a loyal, conscientious, and intelligent fan base. I’ve been very lucky in that regard.

Do you ever see yourself working with an outside producer again?

Corner: I do. That is something I’d like to do again. I just love my experimentation and making mistakes privately. I know I have certain weaknesses in completing the technical end of a record. There are some parts that I’m just not that good at, or I rush. I just have this very indie D.I.Y. ethos as well. There are also practical and financial issues that can be preventative to some degree.

How has the tour treated you thus far? 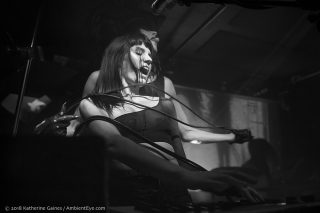 Corner: Wonderful and exhausting. I had a virus, which is just so boring, and that added some difficulty. However, it’s just been great. You always have that love/hate relationship with touring. When you’re out there doing it, you sort of never want to stop. You just want to keep rocketing off to that next thing. Coming back from that and adjusting can be difficult.

You’ve had a stable live band for some time now. Has that altered your approach in any way?

Corner: It certainly changes the way I prepare for the tour. When I am preparing the sounds and sequencers, I can think of the style of the player and their strengths and weaknesses, adjusting accordingly. I can rearrange this or that beat because of the way Jon plays.

He loves his double bass.

Corner: That he does. (Laughter) It makes it fun, you know? I know what to expect from these people at this point and keep them in mind when we’re ramping up.

You’ve got a unique stage setup this go around; tell me about the inspiration behind that. 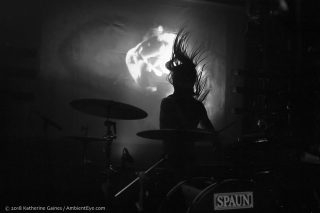 Corner: Well, it involves a lot of mirrors, which came from the music video for ‘Stardust.’ I had this big, empty room and a singular concept of spinning. Combining the movement with the lighting gave it this sort of 3D feeling that I hadn’t explored visually before. It’s been complicated to execute. I walked into it with this sort of utopian idea of the way it would go. I quickly realized there were certain limitations. A lot of fiddling around went into it and I had a few bemused engineers. (Laughter)

Is there a sense of anxiety bringing the new material out in front of a live crowd for the first time?

Corner: It kind of goes from a feeling of invincibility to absolute vulnerability. You never really know until you get out there and see it in the people’s faces. Something might sound great in rehearsals and fall flat when tested. I’ve learned to predict certain elements of what will and won’t work. A song like ‘Big Man,’ with its organic and orchestral elements might not be as suited to the show, so let’s go with something more electronic, you know? It’s living and breathing.

Obviously, the tour isn’t going to last forever. In a general sense, what is next for IAMX? 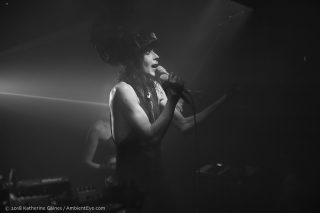 Corner: I’ve been fantasizing about doing this acoustic record for some time; to get out there with the guitar, my first love and instrument. Then I think about it and sort of start shitting my pants a bit. Being alone up there, you don’t have the security that’s provided by playing with a full band. I can sort of fade back and disappear into the shadows at times, let the band step forward, or let the electronics do the talking. There’s a danger to it, you know? It’s definitely something I’m trying to make happen.