Signing to Metropolis, French coldwave and noise/rock act FTR makes waves and breaks hearts in this special InterView that includes an exclusive stream of the new album, Manners, a day ahead of its release.

An InterView with Pauline CP of FTR

Metropolis Records, one of the staples of underground music in North America, has always done well to seek out and introduce to our shores a bevy of international talent. Among the label’s recent signees is the French coldwave trio FTR, with the band’s second full-length album, Manners, sure to break hearts in the post-Valentine’s Day frenzy. With a string of single and EP releases, along with the Horizons album in 2015, the group of bassist/vocalist Yann Canévet, guitarist Brice Delourmel, and keyboardist Pauline CP has been making waves in the European scene with an intoxicating blend of coldly atmospheric noise and shoegazing ambience, topped off by emotive post-punk song structures that hearken back to the sounds of the mid ’80s. On Manners, the band takes this aesthetic to its utmost to make a forceful splash on the North American market and beyond. Contributing writer William Zimmerman had the opportunity to speak with Pauline CP as she recounts the band’s history in France, discusses the FTR’s songwriting and production approach, and the trio’s emphasis on feel in taking classic tropes of the genre and making them just a bit weirder. As well, in a special ReGen Magazine Exclusive, FTR offers Manners to be streamed a day ahead of its release date… now, that’s love, no? Enjoy!

Could you please provide us with a background/history and the meaning of FTR? 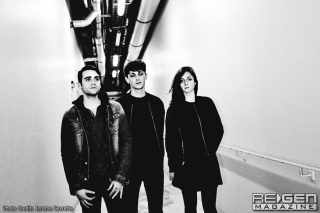 CP: We’ve always been involved in common musical scenes and projects between Rennes and Paris. Yann was already playing in Maria False at that time. When Brice and Yann both came from Rennes to Paris in 2012, they started playing together, and recorded the first EP Abyss in 2013 in Lannion (Brittany). I joined the band during the winter of this same year. Then we released together our first album, Horizons, in 2015, and toured in China in September of 2016. We took our time, and now we come back with a second album, Manners, on Third Coming Records and Metropolis Records, under the name FTR. It has the same meaning as ‘Future’ – it’s just a different way to write it. We probably have an ambivalent opinion about the concept of the future, which explains why we like that word and use it with all the softness and irony possible.

Noise is clearly an important aspect of your work. What noise artists are influential toward you?

CP: We are coming from a classic noise/rock tradition, from the no-wave with Glenn Branca, Rhys Chatham, then obviously Sonic Youth, Big Black, and definitely The Jesus & Mary Chain. ’90s grunge and shoegaze classics are also part of our influences, from Nirvana to smaller bands like KG. More recent bands like A Place to Bury Strangers, Metz, Spray Paint, or The Name of the Band have been really important for us for different reasons.

I’ve often argued that some of the reasons why people are attracted to noise/power electronics are due to its dynamics; high vs. low frequencies, minimal vs. harsh noise, delicate vs. abrasive, and so on. Would you agree and what would you add to this?

CP: I guess yes, we are trying to bring volumes and variations in our songs; maybe not based on conceptual oppositions but based on mental landscapes and atmospheres we have in mind. Those images we explore have depth, height, weight, textures. We use classic structures, but we always try to make it sound a bit different and weird.

Some of your tracks, ‘Sunrise’ for example, have a very abstract atmosphere. How influential has abstract art been to your work?

CP: Actually, that’s pretty funny that you find this track abstract. It’s a very organic and sensitive track for us. We are honestly more influenced by nature, landscapes, and feelings than by abstract art, even if our artwork made by Marion Costentin can be described as abstract. But knowing her work, she’s definitely more into feels than abstraction.

If you pull a track like ‘Collision’ apart, you have the structure of the beats and instruments, but against the wall of noise. In your composition, how do these structures vs. experimental aspects ‘collide,’ so to speak, in a typical writing session?

CP: As said before, we use classical structures we play with, adding walls of noise, stuffs, etc. When Yann composes new tracks, it often comes from a beat idea, a loop, or a noise recorded; then he turns it into a song. It also comes when we explore all together a first draft, trying to find dynamics and a general atmosphere. It’s pretty much like craft more than experimentation, messing up with a sound and giving it a try, but only if it sounds better

Could you speak a bit about your studio – hardware/software set up used for recording? And how is this different from the live show setup? 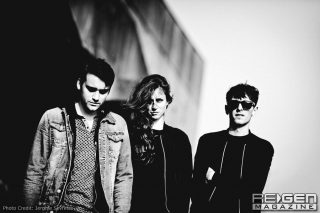 CP: It has to be quick or it turns to be boring. We’re not hesitating for too long on a song if it sounds good; if not, we’re trying another one. The recording setup is almost the same as the live show setup – a drum machine, a guitar, a keyboard, a bass guitar, and vocals. The tracks’ structures and bass guitar were already recorded; we then recorded, thanks to a two-tracks sound card, the keyboards and guitars in our rehearsal studio. For our live set, we can completely change the setting of each track if it sounds better. But we’re more trying to make the recording sound like the live show than the contrary.

The tracks on the new album, Manners have very simple titles. Can you take us inside the meanings of some of these?

CP: ‘Black Sand’ is an empty beach covered with waste, trash, out-of-order phones, plastic… where a basic dude, lost, decides to kill himself to escape his guilt. ‘Sunrise’ is about a transition period; mourning of old memories and rebirth of hope, like an eternal cycle of darkness and lightness. For ‘10327,’ we just wanted a title we would hardly memorize at the beginning. It could have been any other number. In the end it was a too easy; we’ll find a more difficult one next time.

Removing all usual labels like ‘coldwave, darkwave, post-punk, goth, etc.,’ finish this sentence… ‘The music of FTR is like a soundtrack for…’?

CP: ‘… a documentary by Sir David Attenborough on animals at night time.’

Since you reside in France, you have a different perspective than someone, a visitor who might be inspired by the art and culture. What do you think is the biggest difference is about French art and culture that inspires you as opposed to a tourist?

CP: I couldn’t tell. We’re born and raised in France. We live there, so we obviously have other concerns a tourist won’t have. This is from where we feel…?

What are your plans for the coming months in 2019?

CP: Sharing Manners around us, playing our new set in different venues in France and abroad. It starts soon with a release party on March 7 at Mondo Bizarro in Rennes (Brittany)! Merci à vous! 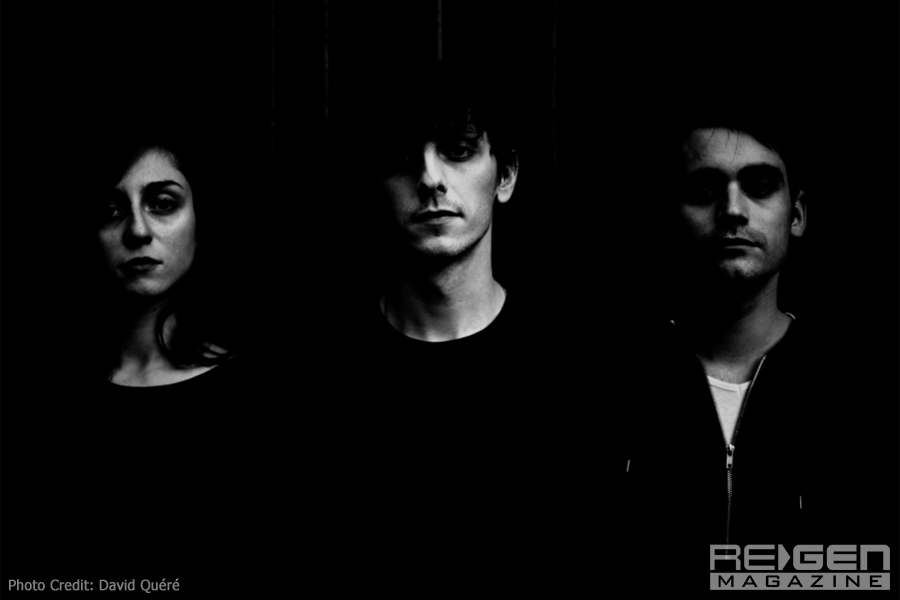