With the completion of the Themes of Carnal Empowerment trilogy, Jamie Blacker prepares to release a whole new barrage of Electronic Substance Abuse, speaking with ReGen about That Beast and what sort of monstrous surprises we can expect.

An InterView with Jamie Blacker of Electronic Substance Abuse

Electronic Substance Abuse, the creative outlet for maniacal musician Jamie Blacker, has a forthcoming studio album, That Beast, which is set to be released via Negative Gain Productions in March of 2018. Born out of a desire to cross genres, Blacker left producing death/black metal in favor of starting his own dark crusade through experimental extremities. Now, four studio albums later, Blacker finds himself in good company having collaborated and played with the likes of Manufactura, Iszoloscope, Displacer, iVardensphere, and others. With the Themes of Carnal Empowerment trilogy of albums behind him, Blacker’s That Beast looms and offers fresh sounds and textures for the consumption and pleasure of all. Blacker recently took some time to speak with ReGen about the new album, influences, and music videos.

What can fans of ESA expect from the new album that’s different from your previous works?

Blacker: This album differs immediately from the fact that I haven’t been inhibited by having to follow a concept. The last three Themes… albums were a complex journey due to the subject matters I chose to base them around. The process taught me a lot and probably disciplined me creatively, but it meant I concentrated more about the content and less about the production and overall delivery. 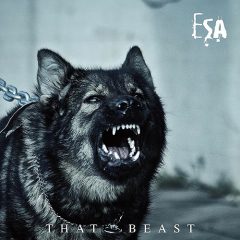 That Beast was a liberating and freeing experience. I did exactly what I wanted to do individually for each track. Although there is a tone to the album (both aesthetically and in the track subjects), I was much more able to concentrate on ‘how the hell do I make this song as big as possible?’. It’s a massively diverse album. There are fusions between techno, drum & bass, metal, dark ambient, folk, and power electronics, all wrapped up in a very gnarly and jet-black industrial package. There has been less scope on how to transition between tracks and the journey, and much more on how to make this track pump as hard as possible. It’s a very different ESA album. While aggressive and dark, it focuses much more around hooks and accessibility. I think there are around seven of the 11 tracks that would feel right at home on any industrial dance floor. The album probably contains more vocally contented tracks too; I really had fun with making the songs feel like individual products by delivering a message vocally.

How do you keep your music fresh and unique? What techniques do you use to avoid becoming stale and recovering the same things you’ve already done? 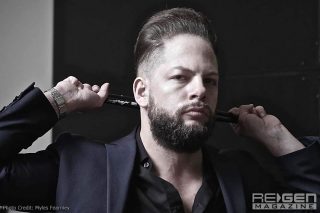 Blacker: Well, it’s no secret that I considered disbanding ESA around three albums ago. I just couldn’t see how I could keep delivering the same ‘power noise’ based tracks and not be cheating myself and ESA’s listeners, so I started to experiment more with direction, collaboration, and general musical influences. As soon as I realized that this was being accepted and even embraced, I knew I could roll with this and allow the circle to widen, inspirationally speaking. I love to color the tracks with different rhythms and influences. I collect inspiration daily, whether that be from films, artists, or other music genres.
The biggest experiment was with my last digital offering, The Release. This was a follow-up collaboration between myself and Valeria Bielokosova after The Hold was received so well. It’s basically five mins of acoustic guitar led dark folk followed by a dark synthpop crescendo. If you’d have told me I would feel comfortable releasing this kind of output five years ago, I would have thrown my gasmask at you. Valeria’s pure talent and amazing voice was what gave me the courage to put any reservations aside and while I could have released this under a different moniker, I felt the material was strong enough to deliver, albeit such a departure in sound.
This album doesn’t have such a wild contrast in style but it does dip its toes in a lot of genres. I like that, it keeps it interesting for me and hopefully the rest of the listeners.

The music videos that have been coming out have been fantastic, but are perhaps unusual for the kind of work you do – for example, some of your contemporaries haven’t put forth as much effort. What inspired you to make them and to keep making them? 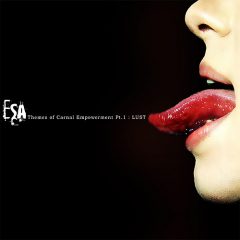 Blacker: I’m glad you asked me this. I have been in the fortunate situation where I’ve been able to work very closely with an up and coming music video filming and editing artist called Myles Fearnley. He is an old friend and as such, we realized we had the talents between ourselves to produce and output some seriously professional work. We both have a deep love for films and music videos and it ended up being a very good partnership.
I worked a lot on the concept, story, and directing of the videos and Myles did all the camera work and editing. ‘The Hold’ was our first dip into the ocean and it worked out beautifully. I was also in the very lucky position of knowing a lot of creative minds around the world, so it was easy to gather talent to act the parts that we required. I could talk about the experiences we had over both shoots for hours, but I won’t bore you.
What I will say is that video is such an important media outlet for music; without aesthetics, you are inhibiting your impact dramatically. We hope to produce more work together in the near future. But as you can expect, the videos have caused a bit of a stir and we are now having a lot of artists approach us personally to direct, film, and edit music videos for them.

How did the ‘Bad Blood Will Out’ video come about? Were there themes and ideas that you knew you wanted to convey? How involved have you been in the creative process for this video and others? 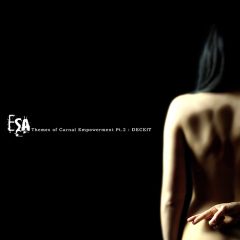 Blacker: Myles and I were so pumped by the result of ‘The Hold’ that we knew we had to follow it up with something even more engaging and ambitious. I have a Ghanian friend who gave me a lot of information about lots of different voodoo practices in the first part of 2017; it really intrigued me and so I set about trying to work out a way that we could explore this and create a story around it. I wanted to make this video very cool with an urban feeling while still retaining the mystery and allure of ‘The Hold.’ We gathered actors, a number of perfect locations, and I alongside Myles created a film-like story that would act as a vehicle to portray the act of voodoo. It’s still deeply rooted in downfalls of the human condition and ended up aesthetically coming across much darker than ‘The Hold,’ but it’s also much more relevant and modern in its delivery. 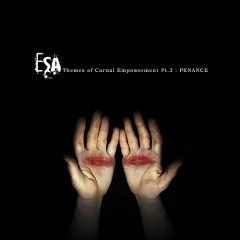 Once we got a story and the logistics together, I started working on a song – yep, the song was not written in advance of the video. I knew that I wanted to write something very bass driven and with a huge groove. Honestly, it took a long time to get this track where I wanted it to be, but I’m so happy with the result. It’s very different for ESA – there is very limited distortion or usual power noise tactics; this is all about groove and tone.
The actress who played ‘Excess’ was a girl called Sindelish, who is a minor celebrity in France, marketing her own makeup company. She actually provided the main vocal line for that song too, which really helps carry the slightly African feel. Aimee Ina played a wonderfully possessed voodoo’er and Emma Carter played the part of the practitioner perfectly. It was a huge project to undertake if I’m honest, but we are so happy with the result. So far, this video has blown up and reached a lot of people and this can only be a good thing for the scene.

What kind of themes do you explore on That Beast and what’s your favorite track from the album? 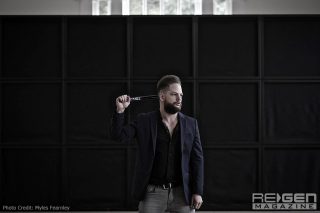 Blacker: That Beast is not a concept driven album like the Themes… albums as outlined above, but it is a very personal album. You will be able to hear that within the opening 15 seconds. The album is based around ‘That Beast‘ in all of us. It’s an album about your inner demons and how we all hold the potential to become ‘That Beast.’ A ‘favorite song’ is very difficult for me. I have so many that I am proud of on this album.
‘Carry the Noose’ has a really nice, typically ESA staccato offbeat rhythm, which combines with one of my favorite ever snare pattern hooks. Getting Jo Hysteria from Massenhysterie in to provide accompanying vocals on this as I was tying up the production of the album was such a good decision also. She has a fantastic staccato vocal style, which gives the track a sexiness it would have been lacking otherwise. Her involvement makes this one of the most powerful tracks on the album to me. The title track, ‘That Beast’ is a dirty techno driven power noise track, which is about as heavy as ESA gets. This track will be played a lot live. And lastly, ‘I Want It Now’ is also one of my favorites due to its completely unbridled punk feel. It’s a great album closer and pounds so hard! So… you can have three favorites.
I’m so looking forward to getting this out there and seeing how people react. It will be a beast… That Beast is out in March of 2018 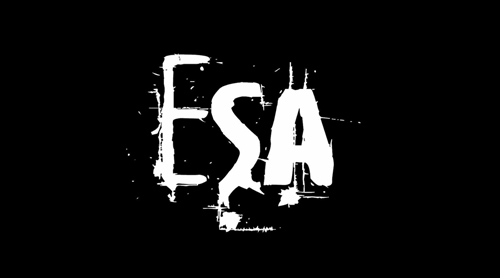