Signing to eminent U.K. imprint Armalyte Industries shortly after unveiling the “Sick Like You” single, industrial/rock act Drownd is proving to be one of the label’s most exciting new acts, with ReGen Magazine bearing the honor of premiering the band’s music video debut and speaking with the band’s striking front man and frounder Joe Crudgington. Originally released independently by the band, “the vid and track had literally been out like a few days (maybe a week?!), and it grabbed alot of attention for a completely unknown band.” Now with the label’s support, both the music video and the Sick Like You EP can make their official debut, the latter now available to purchase via Bandcamp. Mastered by Jules K. Seifert at Epic Audio Media, “Sick Like You” and the B-side track “2 Minutes Hate” were written, recorded, mixed and produced by Crudgington, with the EP featuring remixes of the title track by new label mates Seething Akira and The Joy Thieves. Crudgington states of the band’s signing to Armalyte, “they still allow me to be as bizarre and creative as I was, but they are just another massive branch of support and I hugely appreciate this and can’t wait to see what happens working with them – alot of ideas in the pipeline that’s for sure.” 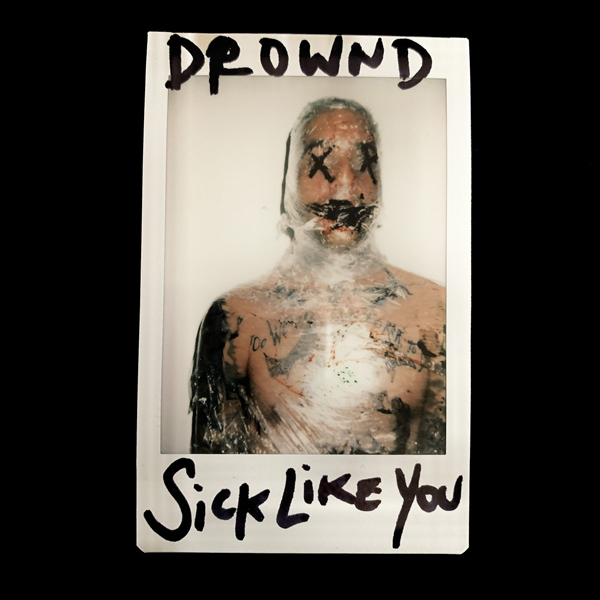 Of the NSFW music video for “Sick Like You,” Crudgington stressed that the visual aesthetic of Drownd is as important as the music, commenting, “In this day and age, what does a good track matter without something to back it up visually? It annoys me, but that’s how it is; plus I actually really enjoy coming up with visual ideas and themes for weird shit.” Backing the enigmatic front man in the video are various members of the Drownd live lineup, which is comprised of guitarists Tom Hancock (lead) and Sophia Dee (rhythm), bassist Matt Sutton, drummer and lifetime friend Paul Traveller, and Jon Easthope on extra percussion and electronics. 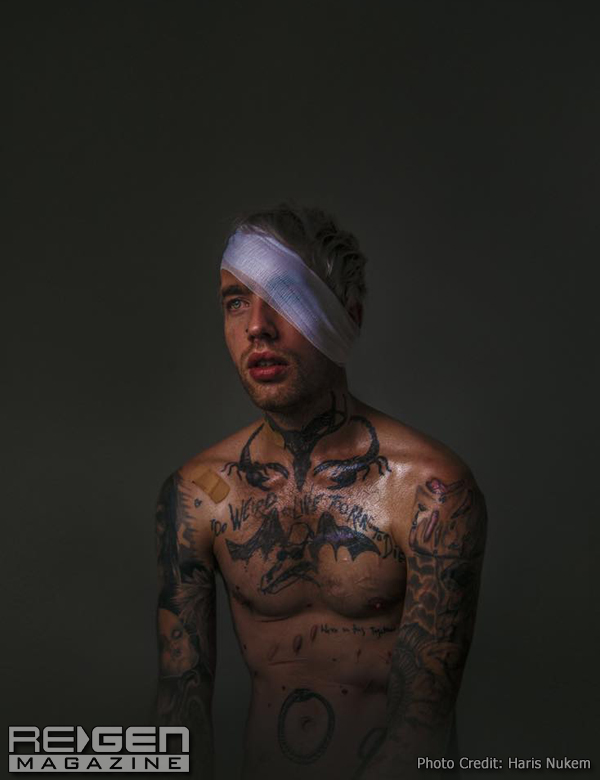 The “Sick Like You” video also marks the first in a series – “just the state of the visual assault” – leading to a full-length album, with Crudgington speaking of his plan to take things in a more cinematic direction with the creation of a half-hour short. “Basically, everything I seem to conjure up has a weird, dark theme behind it without even trying, so to try and make an actual video of it all really interests and inspires me,” the artist comments, “I’d include the tracks I’ve already got, along wth alot of strange footage that I’ve filmed over the last year or so. I’m still not entirely sure where I’m headed with it, but I like where it’s taking me.”
Originally based in London, Crudgington has recently relocated Drownd to Los Angeles, a move he explains helps to breed creativity and “makes you more proactive because of the weather! I mean, I’m a weird goth kid, but I also kind of need a bit of photosynthesis. In all seriousness, it’s a cool place and I love it out here – so many people that are willing to help out and want to be a apart of things, lots of opportunities,” further stating that the alternative/industrial music scene in L.A. “feels big with the likes of 3Teeth tearing it apart, Ho99o9 smashing things up, etc.” Nevertheless, London remains for him “the ‘hub'” where “despite the awful weather and general unfriendly behavior,” many things start. 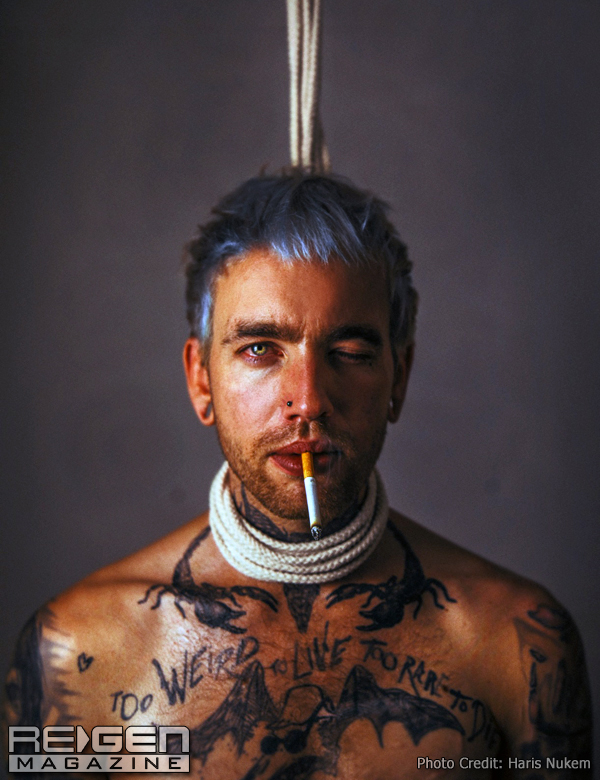 Given Drownd’s distinctly ’90s inspired industrial/rock style, which others have compared to the likes of early Nine Inch Nails and Marilyn Manson, ReGen Magazine asked Crudgington about the resurgence of this era in modern music following the recent ’80s retro trends. He explains that while having always been into the ’90s, the period is “a little before my time in all honesty, but that’s what really got me into music – that idea that anything was possible, the idea you could have any image you want, and everyone seemed to embrace it.” Moving forward, audiences can expect Drownd to continue to follow the example and inspiration of NIN/Manson to push boundaries; he states, “my actual thought process at the moment is, ‘how can I make this next track weird as fuck, but still stay true to myself, and how am I going to get the next video banned?”