The Lord Pickles sayeth unto thee, let thy waves be cold and thy beats be industrial as fuck! Jason Novak speaks with ReGen about the ColdWaves benefit and the industrial scene he helped to create.

An InterView with Jason Novak of Cracknation and ColdWaves 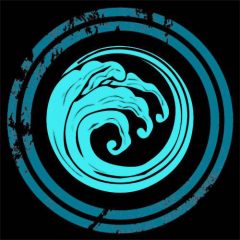 What can be said about ColdWaves that hasn’t already been said? Now in its sixth year and taking place in two major U.S. cities – Chicago and Los Angeles – for the first time, ColdWaves has gradually become one of the most anticipated events for the industrial/rock and underground electronic scene. Not only has the event brought together the most creative and revered talents in the scene, reviving many of our favorites from the past and providing a showcase for the current generation of up-and-coming innovators, but it has served as a charity for suicide prevention, paying tribute to one of the industrial music world’s fallen icons, Jamie Duffy… and the man primarily responsible for it all is Jason Novak. Together with Duffy and their cohorts in the Cracknation collective, Novak helped to usher in the post-WaxTrax! era of ’90s coldwave and industrial/rock, continually exploring elements of shoegaze, metal, and varying styles of electronica. Taking some time out from his busy schedule, Jason Novak speaks with ReGen Magazine about continually taking ColdWaves to greater heights each year, all while balancing family and his own creative pursuits, and his outlook on the continued evolution of the industrial music scene he loves, that he and Jamie Duffy helped to create.

Obviously, any kind of ‘festival’ event is a huge undertaking, especially one with such a personal and very noble cause behind it; what thoughts or feelings would you like to share about how ColdWaves has grown and how it’s connected with the audience?

Novak: I think last year was the one that overwhelmingly went off without a single negative hitch, and that was reflected in peoples’ comments about the whole weekend. For a second, it felt like we had achieved this critical mass of love and affection for the event from those that attended and those who performed. Each year we feel the need to add a little something or bump it up a notch, which can be dangerous if you want to keep it feeling like family, which will always be the goal even if it continues to grow.

Every year seems to up the ante – silly as this question is, (in my best D. Brosseur impersonation) ‘How do you do that?’

Novak: Getting more comfortable with it each year helps, knowing what to expect, learning from any previous miscalculations, realizing this is something I love doing. Our team is very solid and very supportive, a well oiled machine now, and everything clicks enough so that you can feel confident in taking on more each year, building an even better experience for the crowd.

As ColdWaves has helped to showcase smaller and up-and-coming acts in the scene to a wider audience, what have you noticed about the new and current generation of industrial and electronic musicians and what they’re doing to evolve this kind of music – any observations you’d like to share? 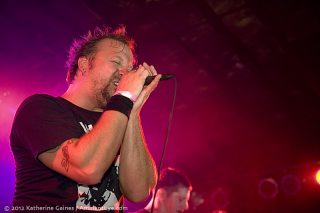 Novak: I am very relieved to see ‘industrial’ moving away from cookie cutter presets, beat patterns, and stock sounds, and move toward more experimental and organic textures. Many of these newer acts, in my opinion, are more interested in finding their own sound and style vs. what will work on the dance floor. Analog old-school synths, noise, weird beats, sampling found sounds, bring it on… same with the stage presence and appearance. If you think you’re part of something different, but are deeply entrenched in a pattern or a trope, maybe it’s time to examine.

On the other hand, ColdWaves also has seen the revival/reformation of long time favorites – i.e. Cubanate, Stabbing Westward, etc. What are your thoughts on the way these veteran acts are being received by the audience, both young and old?

Novak: So far that has been the key, reconnecting these classic bands with a still very energized audience. Many of these bands have stepped back or pursued other aspects of life, but in disconnecting don’t realize there are still so many people aching for another chance to experience said band live. When we approach a band or an artist, the first thing we try to bring to their attention is what their participation would mean to their biggest fans. And so far, those sets have all been magical, nobody has phoned it in, and in many cases reinvigorated the band to embrace performing again more.

On a more personal side (as such, feel free not to respond), how have you enjoyed living in L.A. and in what ways do you feel it’s inspiring you or changing your outlook on the music you make?

Novak: I’ve been a deer in headlights for most of the year, musically. Trying to figure out how to take on additional events out here, plus booking duties for a lot of the acts has taken a lot of focus along with getting my family settled and sorted. I’ve not worked on anything but remixes and production pieces since arriving, nothing new creatively for any projects, and I’m in bad need of a fix.

While Acumen Nation has been inactive as far as new music (aside from the few tracks that show up on compilations like the ColdWaves samplers and Electronic Saviors), you still perform live as a family of people that have been in-and-out of the band over the years; is there any possibility that we may hear something new under the Acumen Nation moniker?

Novak: I have thought about it, as we are now at 10 years since the last record. I’m not sure I have anything to say as Acumen Nation though, not sure that’s my voice anymore. Music and art almost have to ‘need’ to come out, and when you have to write a song or get an idea recorded, you can feel almost sick unless you get it out of your system. I’d hate to try and force new Acumen Nation music without feeling that guttural emotion, and it just hasn’t been there. However, if it does rear its ugly head, I know from experience, it’s like a vomitorium and easy to see a deluge of ideas and music spilling out! 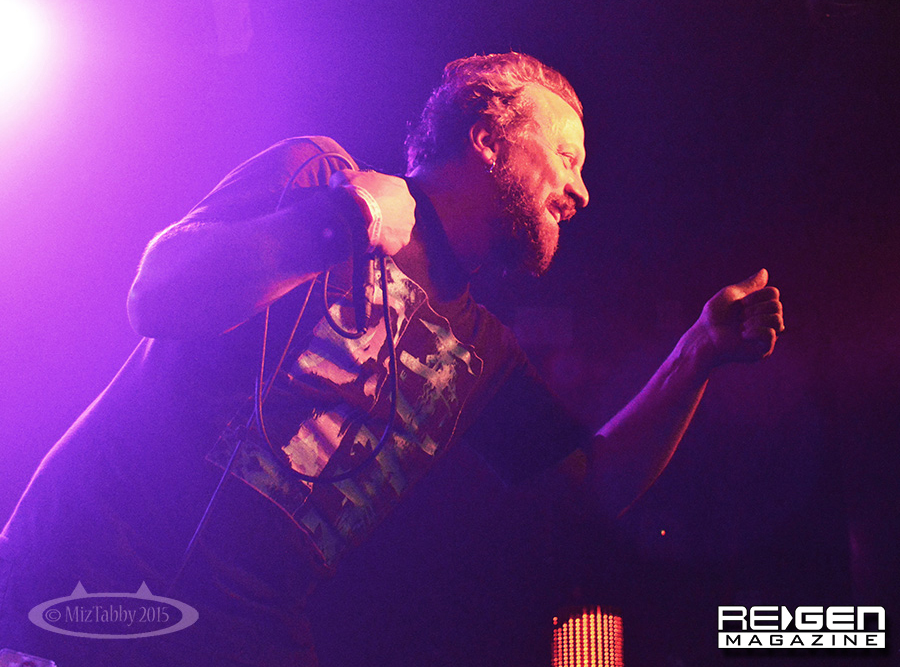 What about BBQ Tragedy? I know a lot of that has to do with audience demand, but has it ever been a consideration to pursue more performances and/or recordings?

Novak: Nah. That was fun and a trip to show people just how much musically is going on with our old songs vs. crunchy beats and loops or industrial leanings. We were always rock guys that happened to catch the WaxTrax! bug and make records at the right time, but we always had those tunes and melodies in our heads prior to discovering that sound.

You’ve got Vampyre Anvil with Sean Payne, Cocksure with Chris Connelly, and you joined him and the rest of the Cocks for the Big Sexy Land performances; what about CZAR… I know the location of the different musicians can be a factor, but is there a chance we’ll hear more CZAR?

Novak: CZAR actually has an album recorded and mostly mixed, and we are hoping to release it before the end of the year! We recorded most of it in 2015, a little bit last year, and then I moved across the country, shelving it for a bit. But it’s back on the operating table now and I’m super excited to finish it.

On that note, what other musical projects do you have in the works that you can tell us about?

Novak: I think that’s about it!

I know this is a bit sensitive, so feel free to pass on this one… after five years, are there any particular thoughts or memories that you’d like to share about Jamie? 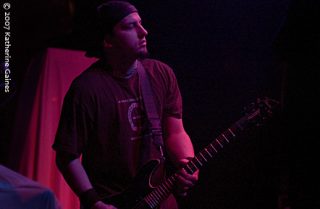 Novak: There is a weird and interesting thing I can share, and it has to do with being a father. Jamie always joked and would call me the dad he never had, which I would embarrassingly wave off, plus it puts a little twist on a friendship and partnership, being that I’m a stern father figure and he gets to be the kid (I was always like, ‘FUCK THAT, I want to switch!’). But my point is, now that I have a teenage son, I have noticed something in both of them that I am lacking terribly, and that is physical problem solving; almost an obsession with it. If I pick up a broken piece of anything, I can feel my brain falling apart just looking at it. But before I can trash it, people like Jamie or my son Miles will gravitate towards it, take it apart, figure out what’s wrong and fix it. And I’m always blown away. My strength with that is in the abstract, like fixing situations, planning or amending, problem solving logistics, etc. But hands on repair of a physical object, it’s fascinating to see that power in my kid, just like it was in Jamie, and to also realize I don’t have it, be humbled by it, and respect how we all fit together. There is a lot of Jamie in my son – appreciation or focus on certain things I can totally recognize as similar, and it’s very comforting.