Clint Carney speaks with ReGen about the creative process behind his acclaimed horror movie Dry Blood, along with some words about his upcoming System Syn performance at this year’s Mechanismus Festival.

An InterView with Clint Carney of System Syn

Musician, artist, filmmaker… Clint Carney is certainly a man of many talents, and the last two years have certainly been momentous for him. With an upcoming performance at this year’s Mechanismus Festival with his primary musical outlet System Syn, the last year saw his collaboration with director Kelton Jones on the ghostly and gore-laden Dry Blood receive numerous accolades on the festival circuit. Now commercially available for horror fans to enjoy, the movie presents the full breadth of Carney’s creative skills – writer, producer, editor, visual effects supervisor, score composer, and lead actor… Dry Blood is as complete a presentation of Clint Carney’s abilities as one can get, short of seeing one of his dynamic live performances. Earlier in 2019, he spoke with William Zimmerman in this special contribution to ReGen Magazine, discussing the movie’s conception and culmination, along with some words about his upcoming appearance at Mechanismus.

Would you talk a little bit about the genesis of the film, how it all came together?

Carney: Director Kelton Jones and I had met in a screenwriting group. After he had read and enjoyed one of my other scripts, we decided that we wanted to work together on a feature. Initially, we were trying to get a teenage punk rock crime drama off the ground, but the budget for that film became too prohibitive for what we could raise at the time, so we temporarily had to put that project on the backburner. I was working on the script for Dry Blood, which by its nature didn’t require as big of a budget. I shared an early draft of that script with Kelton, and he fell in love with the story. So, we decided to move forward with that one as our first feature.

At what point in your career did you decide to go from being a fan of films to commit to writing/acting in one?

Carney: Ever since I was a little kid, I’ve been interested in making movies. I first started studying special effects makeup, and then by the time I was in high school, I got access to a video camera and started making my own short films. This was in the early ’90s, before smart phones; otherwise, I suspect I would have started making movies much earlier. By my senior year, I hooked up with a local production company and got to work on a couple feature films that never got released. After high school, I switched gears to focus on my music career. Years later, after I hit a few of my goals in that area, I went back to writing scripts and started making art and props for bigger films and TV shows. Working in the industry really rekindled my interest in making my own films, and so I once again started down that path. As far as acting is concerned, Kelton Jones talked me into that. It never even occurred to me that I would play a role on screen in Dry Blood when I was writing it. That being said, I had a great time acting and would love to do it more in the future.

Carney: Writing the score for Dry Blood was a completely different process than writing a normal System Syn track. I had to write the music and create the moods around the film, which was already completed at that time; as opposed to my normal process, where I’m building a song from the ground up without any preconceived notion about what it should be when I start. It’s less freeform in that regard, but still an enjoyable process. The music is there to service the film and story, so it’s almost like it has another agenda beyond just being a song.

What films/actors inspired you growing up?

Carney: Too many to name them all. I’ve always loved movies, in particular, the horror genre. Probably the biggest influences for me early on in life were the films of Wes Craven, George Romero, and Tobe Hooper. There are so many more of course, but those guys in particular really made me fall in love with films and horror.

One of things most effective in the film I thought was the predominant focus on the single location – the cabin. It’s the same kind of effectiveness in films like Phone Booth or 12 Angry Men. Was this sense of isolationism something you wanted to reflect between the setting and the obvious emotional isolation from the main character Brian?

Carney: I think this story could only work if the character was isolated. If he was in his normal environment, he’d have ready access to as many drugs as he could get his hands on, and of course, the terror of what he sees and goes through just would not be as intense if he weren’t isolated. In reality, the town that we filmed in was a normal busy place, just like any other. So, in order to further sell the isolation, we ended up having to digitally remove a ton of cars from the background of many scenes, just to make it feel like the town was empty.

Can you talk a bit about the special effects?

Carney: We had a great practical special effects duo – Chad Engel and Sioux Sinclair – who really killed it when it came to making gnarly ghosts and gruesome gore. Then in post-production, I did all the digital work, like removing blood tubes, or the head of the ghost that we see on the movie poster, for example. It was important for Kelton and I to utilize practical effects as much as possible and only use the digital when it came to an effect that could not be done believably otherwise.

What similarities are there between you and the main character, Brian? I guess what I’m interested in is how much of yourself you saw in this movie either while writing it or perhaps afterwards looking in hindsight.

Carney: I would say the only similarities between me and the character that I play is that we look the same. (Laughter) There’s pretty much none of my actual personality in that character at all. Or at least, I hope so. Had I known that I was going to be playing the role when I was writing, perhaps I would have written it differently. But I got to know the character in-depth during the writing process, so when it came to the performance, I had a pretty good understanding of who he was as a person.

Did you have any specific influences as far as the cinematography goes?

Carney: That’s more of a question for Kelton Jones or our Director of Photography, Graham Sheldon. I wish I could take credit for their awesome work on Dry Blood, but that’s all them. As a movie fan though, I pretty much love anything that Roger Deakins shoots.

Where will people be able to watch the film? Also, you mentioned a vinyl release for the soundtrack? 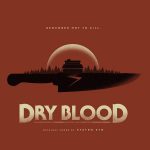 Carney: The movie is available on Blu-Ray, DVD, and VOD. The Blu-Ray features an in-depth making-of documentary, as well as commentary by me and Kelton Jones, movies trailers, and reversible cover art. The Epic Pictures website has links to all of the platforms that the film is currently available on. As for the soundtrack, that will be released on vinyl and digital formats very soon in 2019, from Burning Witches Records.

Any plans for future film projects?

Carney: Definitely. I plan to make as many films as I’m able to. I have several irons in the fire with different projects at the moment, but it’s too early to say with any certainty which one will be the next. 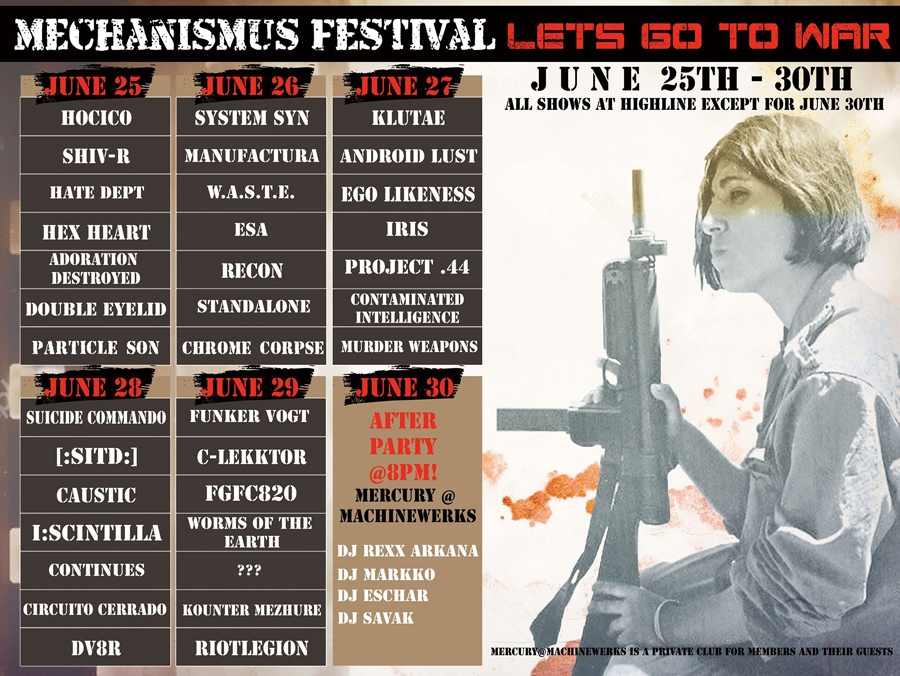 System Syn has a big gig coming up at Mechanismus. Can you talk a bit about that? Will you be playing any new tracks?

Carney: We’re headlining Mechanismus on June 26 in Seattle, WA. It’s a great festival spread out over six days with a ton of industrial acts. I’m really looking forward to it. I’m currently working on a new System Syn album, so I hope to be debuting some new material at the show, as well as playing the fan favorites of course.

Let’s say many years down the road, a very distant relative locates a box in an attic of an old house. In the box, they find a copy of the film and something to play it on. What do you want this person to know about your legacy simply from watching this movie?

Carney: To be honest, I don’t care about leaving any kind of a legacy. You can feel free to burn everything that I’ve ever created the moment I die. I just love making art, so that’s what I chose to do with the time that I have. You only live once, so you might as well do what you love. Whatever happens to all that shit after I’m gone… well, I won’t know the difference. 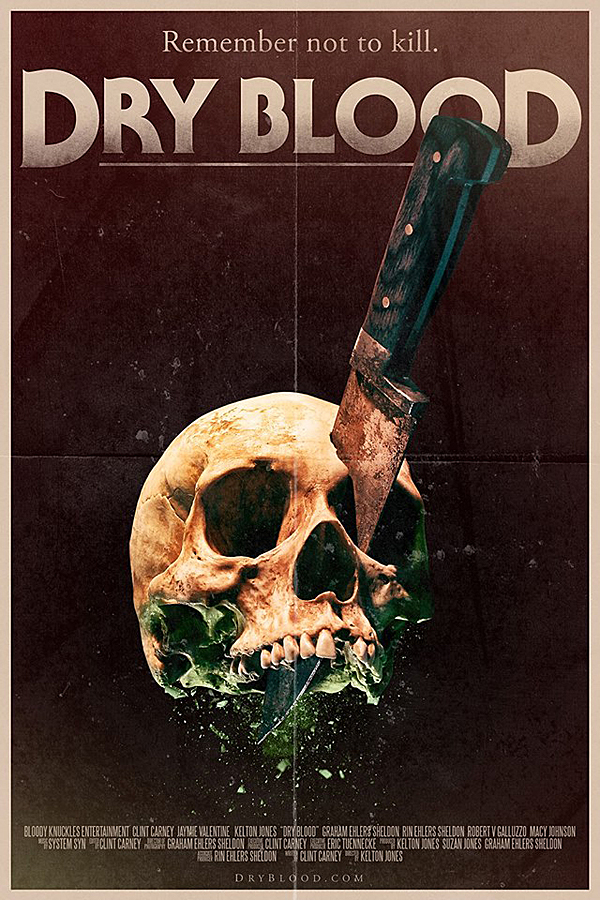