With numerous festival appearances as a member of Project .44 and CONFORMCO, as well as organizing this year’s Sanctuary Festival, Chris Harris lets ReGen in on his busy 2019 schedule. 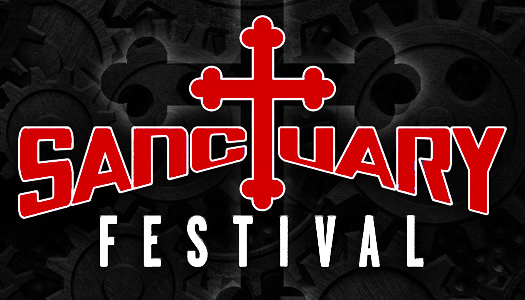 An InterView with Chris Harris for Sanctuary Festival 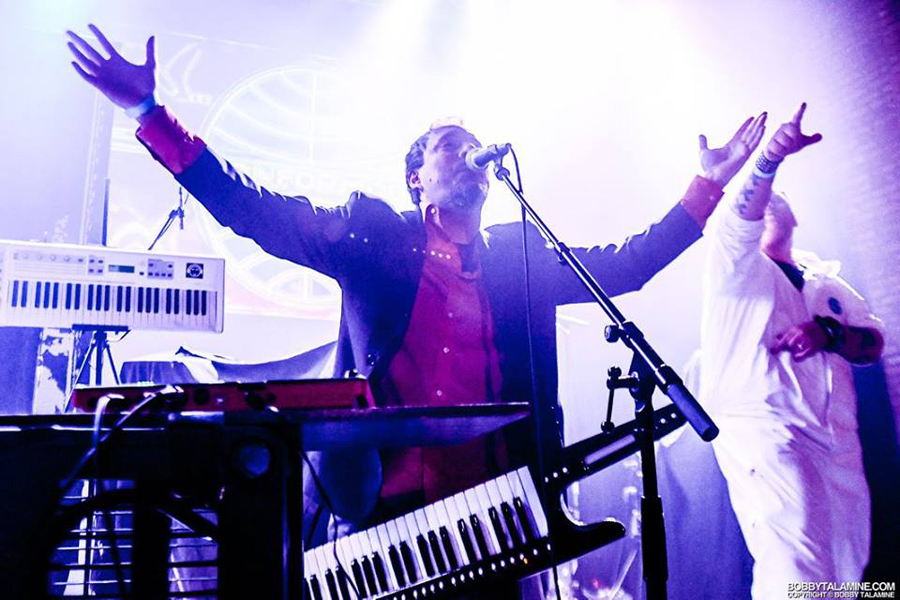 From the confrontational industrial/rock of Project .44 to the satirical electro/industrial of CONFORMCO, both of which tackling a wide range of social, political, and introspective themes, Chris Harris is one busy man. Adding to his full schedule of activity, he is one of the organizers for Milwaukee’s Sanctuary Festival, showcasing a diverse range of what the goth/electro/industrial scene has to offer and celebrating the rich history of the scene in the sometimes overlook midwestern town. With this year’s lineup including the likes of Hate Dept., The Clay People, Rabbit Junk, Klack, and Replicant, with headliners like Leæther Strip and Aurelio Voltaire, 2019 also marks the Sanctuary Festival’s extension into a one-off mini-fest taking place in Chicago. On top of that, Harris and Project .44 took part in a special showcase at this year’s SXSW, organized by Revolting Cock and Skatenigs front man Phil “Phildo” Owen, along with an upcoming appearance in Seattle’s Mechanismus Festival, while CONFORMCO will be among the bands at this year’s ColdWaves. Suffice to say, Chris Harris has his hands full in 2019, so ReGen Magazine is grateful that he took some time to speak with us about his latest endeavors, with some words of love and remembrance for fallen comrades, and a little tease for what is yet to come.

You’re one of the organizers for this year’s Sanctuary Festivals in Milwaukee and Chicago. First of all, can you tell us how you first came to be involved in Sanctuary Fest? Would you tell us about the experience of organizing these events, how it compares to being a performer?

Harris: Well this is a Milwaukee thing – the Chicago thing is strictly a one-off because we have a couple of European bands and man, does it cost a lot get them over here!
As for organizing, I was a talent buyer in another life, years ago, for the Cubby Bear in Chicago. I enjoyed it a lot, but it was a second (or third or fourth) job and I had to give it up due to time. So long story short, Club Anything has always been a second home for my band Project.44. We had a very friendly relationship with the club and owner. It was after a show there at 3:00 or 4:00 in the morning and after three or four… or eight whiskeys later, I asked him why he didn’t celebrate his original and first goth/industrial club called Sanctuary. Fast forward to the idea of a festival and the line of something like, ‘Chris you know all these bands, you can get them here,’ and *blammo* it was born. So, that is the mission statement – to celebrate Milwaukee’s first goth/industrial club, Sanctuary. 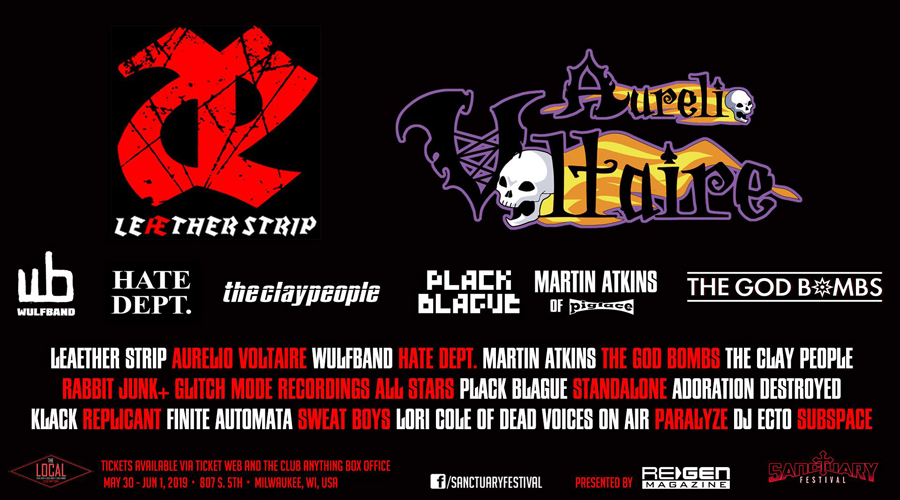 This year features Leæther Strip as a headliner for the final dates of the band’s 30th anniversary world tour. What have been the major challenges in acquiring them, as well as selecting the other bands and performers for this year?

Harris: Any European band is difficult – logistics, cost, it’s all a hassle! But we love Claus and it’s always tough to pick the acts, but things just pop on the radar and a lot of it is trying to get bands who never played Milwaukee or haven’t played here in a while. Milwaukee doesn’t ever get tours, so we want to make this a treat and a very special occasion unique for Milwaukee.

You’ll also be performing a CONFORMCO vs. Dead Voices on Air DJ set – while this hasn’t yet taken place, what would such a performance entail, and how does it compare to a normal CONFORMCO live show? Or to put it another way, what aspects of the band’s live show will you be incorporating into the DJ set?

Harris: Oh, way different than a CONFORMCO live show… outside of the energy of a CONFOMCO live show, not much else. We are working together to have a smooth set of songs we really love and believe in. There may be things that have us bang on something or blip into a mic, but it really is its own thing. 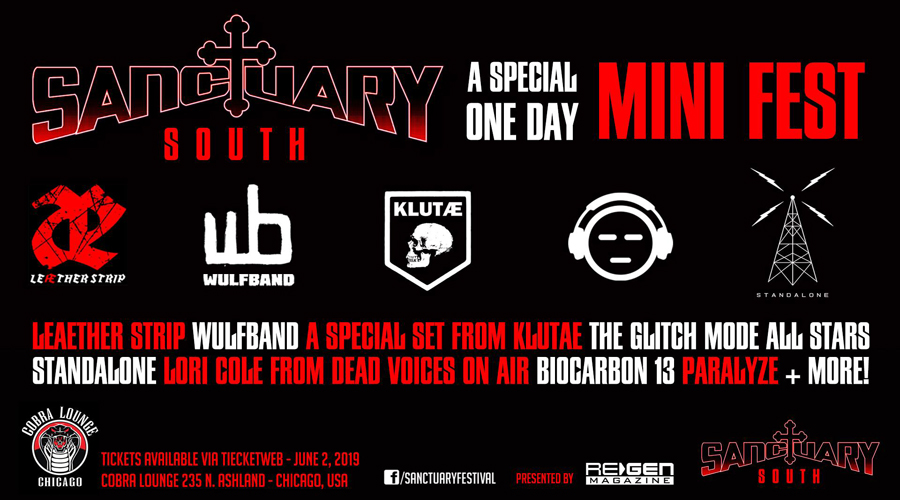 CONFORMCO is still a relatively new band, but you and Sean have already made a striking impression with the album, compilation appearances, and live shows. What are your thoughts on the band’s development over the last year – how pleased are you with the audience reaction, and in what ways has it affected your outlook on CONFORMCO from when the band first formed? 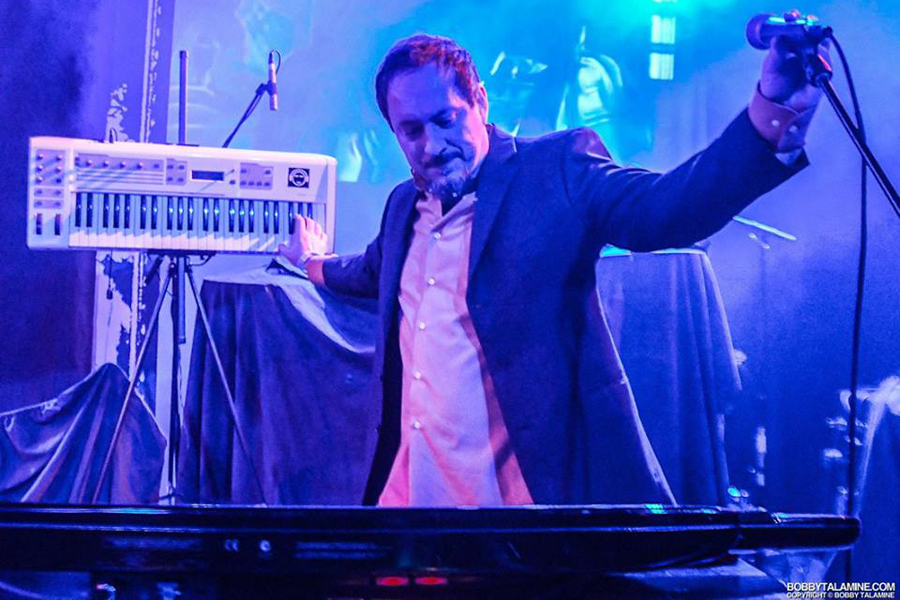 Harris: Well first, thank you. The reception of the band has been almost overwhelming. It literally started as a conversation at Sean’s studio and one key stab I had in my head for a while, and *poof* we just went back and forth, and we had a song that was really well received. We had some other ideas and we had a record within a year. I think it is relaxing for both Sean and I because we have always had to make all of the decisions for our other acts, and this has just been fun and almost a relaxing output.

CONFORMCO is also part of the lineup for this year’s ColdWaves; what thoughts or feelings would you like to share about ColdWaves, how it’s connected with you personally, especially now that you’ll be performing?

Harris: ColdWaves is and will always be important to me because of Jamie. Jamie Duffy was a friend and also a big part of how I even got moving musically years ago. To me, when I go as a fan or performer, it is to celebrate those friendships that we may have lost contact with and to celebrate Jamie’s memory.

In March, Project .44 released [The Storm Before] Reform and performed at Phildo’s SXSW showcase, and will be doing so again at Mechanismus; can you tell us about the experience of performing Project .44 without Jason McNinch, in what ways it allowed you to reflect further on your musical partnership with him.
What would you say is different or that you’re trying to do different without him, and how will the future shows at Mechanismus and beyond take that further? 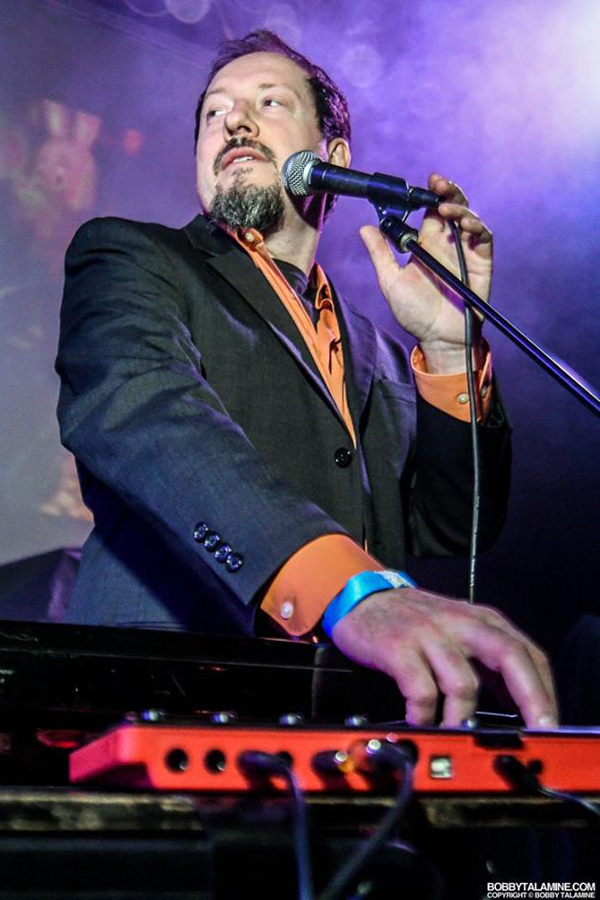 Harris: Geez – Jamie right into Jason… Jason, was a musical wizard. I’m not sure people understood the depth of his genius. People reading this probably saw his name on a million liner notes for every industrial band under the sun, but he also designed the whole audio system at Chicago’s Museum of Contemporary Art. His knowledge was vast. As for working with him, his musical instincts were just different than others – it was always a fresh perspective. He also always had a positive vibe that, in the studio, is often needed! As a performer, he was just all energy and that worked really well with a Project .44 performance! I will say, as a band that doesn’t really tour anymore, getting to play festivals in different parts of the country like the Southwest and Pacific Northwest are great, and these fests are wonderful communal experiences. 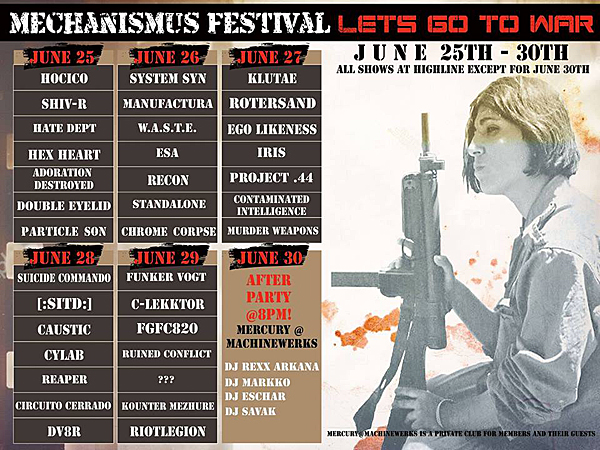 One quick note – we haven’t released [The Storm Before] Reform just yet, but we did release a special advance festival EP that will be available at all of these festival appearances. 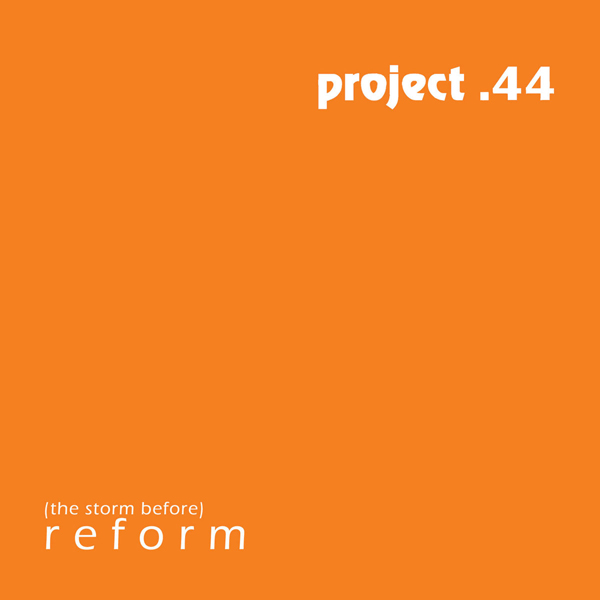 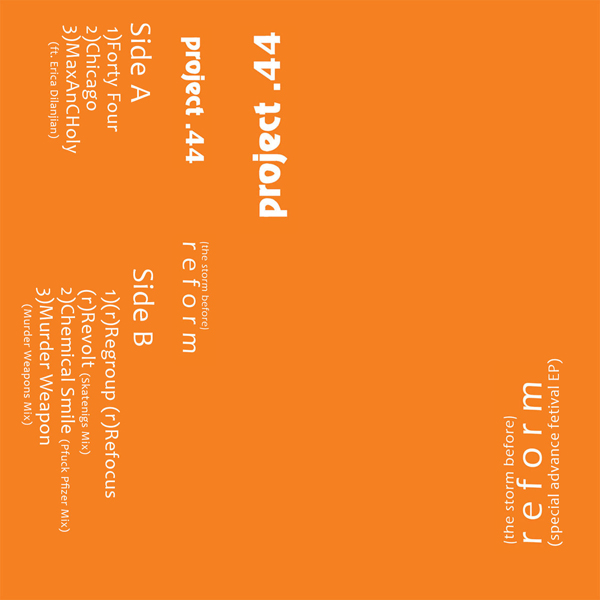