ReGen‘s Brian H. McLelland speaks with Carbon Based Lifeforms on the creation of the duo’s fifth album, first music video, live performances, and blending and transcending electronic genres to take listeners on a psybient journey. 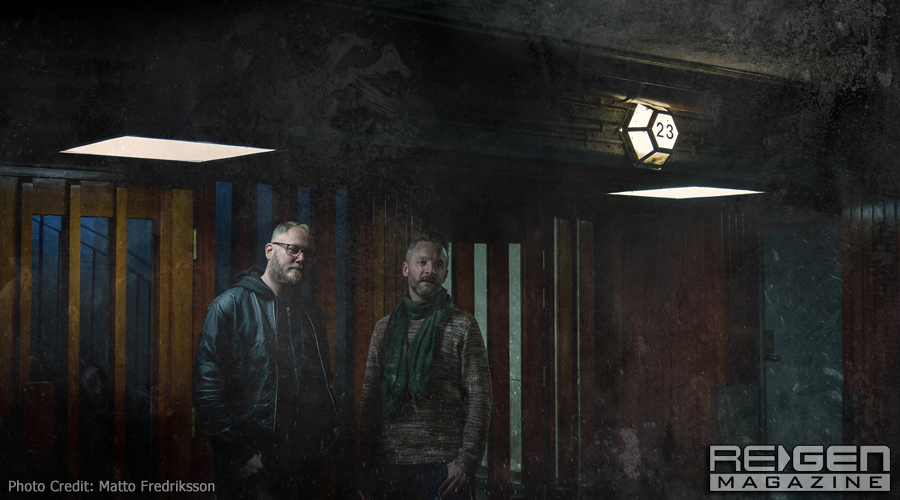 For 21 years, Carbon Based Lifeforms, the Swedish duo of Johannes Hedberg and Daniel Segerstad has calmed the hearts and minds of fans with soothing electronic ambient. Defying convention and genre, the experimental adventure has plotted a course through terrestrial drums, tribal beats, and sweeping synths. Genre is a construct for people to easily categorize music; it’s something that is becoming more and more difficult to do, and Carbon Based Lifeforms has spent over a decade pioneering in “electronic,” “psybient,” and “down-tempo.” Microgenres that spring to life to properly classify a single album or artist, Cased Lifeforms (CBL) moves between them all like an observer from another time, not pausing to linger on any one too long. And yet, the unifying quality in the CBL discography is passion – each track meticulously constructed and assembled with care to produce music that’s all at once thought-provoking, calming, reassuring, and introspective. Throughout the band’s history, CBL has delivered an experience rather than just background noise, playing festivals, private events, and even the digital planetarium at the Swedish Museum of Natural History in Stockholm. CBL’s discography spans five albums, a spattering of EPs, a film soundtrack, and a variety of compilation appearances, all of which simply aren’t enough for the passionate fans who delight at every second produced by the duo.
Now, CBL returns with a fifth studio album, Derelicts, an amalgamation of every step of the pair’s journey so far and a reflection on the tenebrous future in store for mankind. ReGen‘s Brian H. McLelland asked Hedberg and Seegerstaf about the new album, the duo’s first music video, and plans going forward.

To start with, what differences can we expect from Derelicts compared to older albums? What horizons are left to cross? 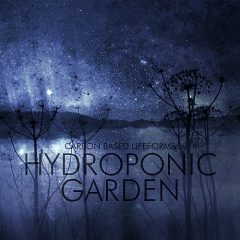 CBL: In a way, there is nothing new at all. We wanted to take everything that we liked on previous albums and use that as a base for this one. We were really trying to stay firmly within the scope of the CBL sound, even as far back as Hydroponic Garden, and then expand upon that. One big difference on this album is that, as a result of years of collecting synthesizers, we’ve switched to an almost entirely hardware based instrument setup and this has affected both the sound and our workflow quite a bit and it pushed the album in a lo-fi mechanical direction.

What prompted you to make your first music video? Why now?

CBL: There have been plenty of plans for videos over the years, but we either did not have the time or the timing was off. This time around, however, the timing was good and we got a lot of encouragement from Blood Music, the label managing our physical releases, to do it. So here we are!

Can you explain the theme behind Derelicts? What are some of the inspirations for this work?

CBL: Initially, we were aiming for a forests and goblins sort of theme and indeed our early sketches were firmly in that vein. However, as we started fleshing out the tracks, they drifted more and more towards a lo-fi abandoned high-tech direction instead, probably as a result of us switching more and more to hardware instruments, which ended up being the theme for the album.

What does touring look like for you guys – mostly festivals and one-off events or something more involved?

CBL: Mostly festivals and one-off shows; more frequent around the release, of course. Otherwise, we play like 10 times a year, mostly during the festival season in the summertime. 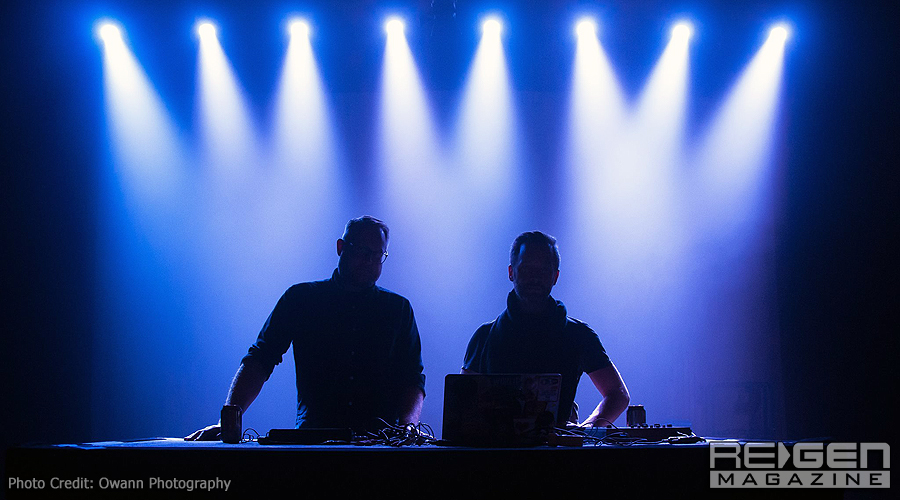 What are each of you doing individually and how do your solo projects affect CBL, if at all?

CBL: Our work process basically consists of one of us starting out on a small embryo of a track; if we both like the embryo, we start working on it and expanding it step by step. So usually, the inspiration comes when we try out different ideas on a track together. Our solo projects don’t affect CBL at all.

The music video is really terrific. Can you talk about what ideas you wanted to be presented in it? How do you feel about the plethora of fan-made music videos and did they influence your direction at all?

CBL: Thank you! We immediately thought of space clips, and a friend of ours by the name of Mikael Lindahl took on the task to edit it all. He added the nature clips as a contrast and to build the story of us leaving the Earth. At the last minute, some friends of his sent clips of them doing the flaming pois, and that added a human touch to it all that we all liked. We played around with effects and eventually agreed that everything should have a ‘Derelict’ feel on Earth and the space clips should only be distorted by the alien craft. We enjoy the fan made videos, most of them are really beautiful; they didn’t influence our direction though.

What comes next? Did you take a hiatus from releases only to return, drop an album, and then disappear again? What does the road ahead look like for CBL? 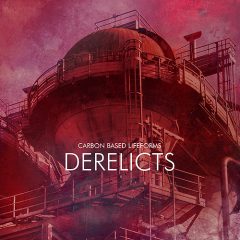 CBL: That hiatus is really a misconception. For us, Derelicts is our fifth studio album and it is six years between the two, but we have been quite busy in between. 2013, we released a soundtrack album for the movie Refuge. 2014, we left our label and remastered and rereleased our first three albums; that took about a year to finish. To release something fresh besides the remasters, we collected unreleased material for ALT:01. Then in March of 2015, we started working on Derelicts. During this time, we played live as usual. Just wanted to set the record straight, but we’ve been here the whole time! As for the future, we will play live a little bit more frequently than we usually do and look into merchandise. Before writing new material for CBL, Johannes will focus a bit on electro with his side project Digidroid, while Daniel will write new material for his side project Sync24.

What prompted the departure from your previous record label?

CBL: Well, after about 10 years, we thought it was time to try our own wings. The digital aggregators had matured and we wanted to give it a try, to bypass labels and publishers and be in full control ourselves. We focused on digital releases only and out of nowhere, Blood Music appeared and suggested they’d release our back catalog on vinyl. So, we ended up in a reversed situation where a label approached us to release our music. We released the digital ourselves and CD and vinyl by Blood Music – a great solution so far. 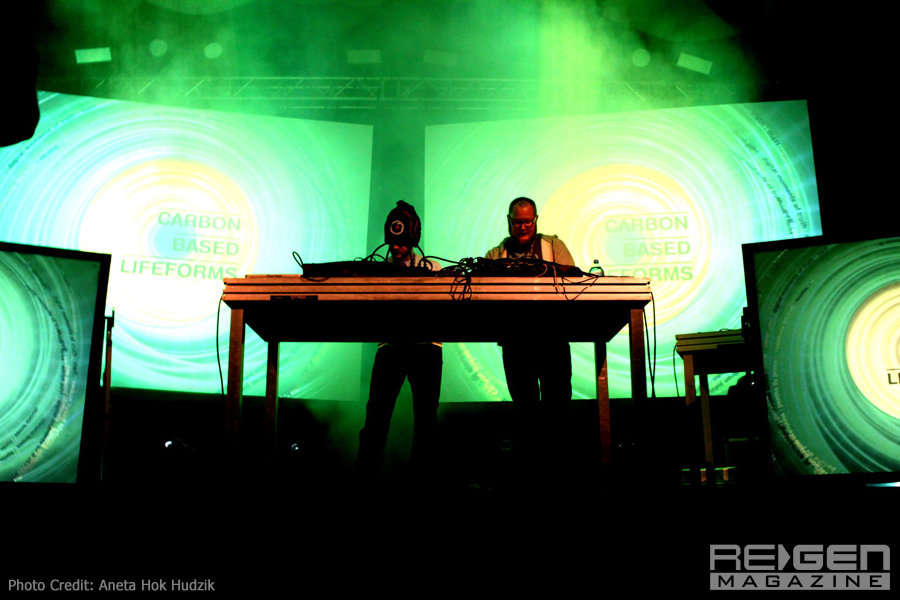 Finally, what’s something that you’re both enjoying right now?

CBL: LEGO! Daniel backed a startup called Brixo and just received his kit and bought a big ass Lego Technic box to go with it. That inspired Johannes to buy a Lego Apollo Saturn. Boys will be boys!