Black Line InterView: Moving Through Hell and Back0

Black Line’s got the keys and they’re ready to go as Douglas J. McCarthy, Cyrusrex, and Ken “Hiwatt” Marshall speak about the collaborative project’s latest activities.

Music, like any art form, is an experience to be shared and there is a certain delight in seeing a group of established artists coming together in any creative endeavor. With Black Line, the duo of Douglas J. McCarthy and Cyrusrex took their creative partnership to the next level with the inclusion of a growingly diverse bevy of collaborators; among them, the likes of Paul Barker (MINISTRY, Lead into Gold), Christian Eigner (Depeche Mode), producer Ken “Hiwatt” Marshall (Skinny Puppy, Download), and McCarthy’s Nitzer Ebb band mate Bon Harris. The band’s Treason, Sedition, and Subversive Activities debut in 2017 was met with widespread acclaim for its exploratory blend of various electronic styles, followed by the Record Store Day single The Sedition EP in 2019. On top of that, the band toured as the supporting act on the European and Russian legs of Depeche Mode’s Global Spirit Tour in 2018, along with a series of festival dates and one-off shows. Despite the band’s darkly monochromatic visual palette, the future seems to be looking ever brighter for Black Line, with ReGen Magazine having had the singular opportunity to speak with Cyrusrex, Ken “Hiwatt” Marshall, and Douglas J. McCarthy about the band’s continuing development in the studio and on the stage.

While The Sedition EP was released on April 12 of this year, it’s been two years since the release of Treason, Sedition, and Subversive Activities. Douglas McCarthy has been busy with the Nitzer Ebb reunion and tour, and in our last InterView, Cyrusrex mentioned the various companies he invests and works in (stating that ‘Music is mostly a hobby’ for him), but aside from that, what can you tell us about Black Line’s activities since the release of the debut, if there has been any?

Cyrusrex: There was a lot of Black Line activity since the release! We played two L.A. shows and went on tour through Eastern Europe with Depeche Mode. We’ve been working on new material as well and are looking forward to a few more releases. We’ve also been traveling around the globe a couple times since we last spoke.

Hiwatt: The opportunity to join Depeche Mode on tour was a catalyst for a massive flurry of activity, you can imagine. (Laughter)

After nearly two years, releasing The Sedition EP for Record Store Day must have been an exciting prospect, especially to feature remixes by Bon Harris, Daniel Myer, and Ken ‘Hiwatt’ Marshall. In what ways do you feel their remixes complemented the original song and allowed you to think about Black Line’s sound in a different way (perhaps in a way that will manifest in future material)?

Hiwatt: I’ve always loved remixes that transform songs, and I feel both Bon and Daniel’s reinterpretations do so brilliantly. The song ‘Go’ is really more of a bonus track; when we stumbled across the session I was like, ‘Wow, how did we let this one slip through?’ (Laughter) I totally forgot we had tracked vocals and other modular parts at Cyrus’ two years prior! Not sure how I feel about completely forgetting a song, but it sure is fun when you find one!

McCarthy: Black Line is way more fluid than any other project I’ve been involved with. It’s not like we’re making it up as we go (thought, we kind of are), but rather we’re trying to find a path that fits how we feel. Certainly, Bon’s version hit a lot of marks we all appreciate. Ken always brings an energy and excitement that we cynical assholes overlook.

Rather than ask when we’ll hear some new material, I’m more interested in how you feel Black Line’s sound has been evolving since the first album; what new sounds and techniques are being explored to continue the band’s creative development?
Do you feel that future material will involve the same personnel, or are there hopes/plans to feature a different set of collaborators?

Cyrusrex: For this pass, we will see a lot of new collaborators I’m sure, as well as some of the existing ones. It’s fun to always work with new people as each song becomes a different universe of its own. We’ve also learned how to work together much more efficiently. I’m hoping we will see less unfinished tracks laying around and a quicker process.

Hiwatt: Since the first release, Bon Harris has officially joined the project! I feel Bon’s expertise and creative contributions both in the studio and onstage play a huge role moving forward!

McCarthy: That’s a toughie. We do have ideas for collaborators, mainly in the vocal department. I think we learnt the hard way having too many musical collaborators… it gets real messy real quick. That’s not to say there might be guest musical artists in the future, but we are more set on who is the band and who is a worthy contributor. 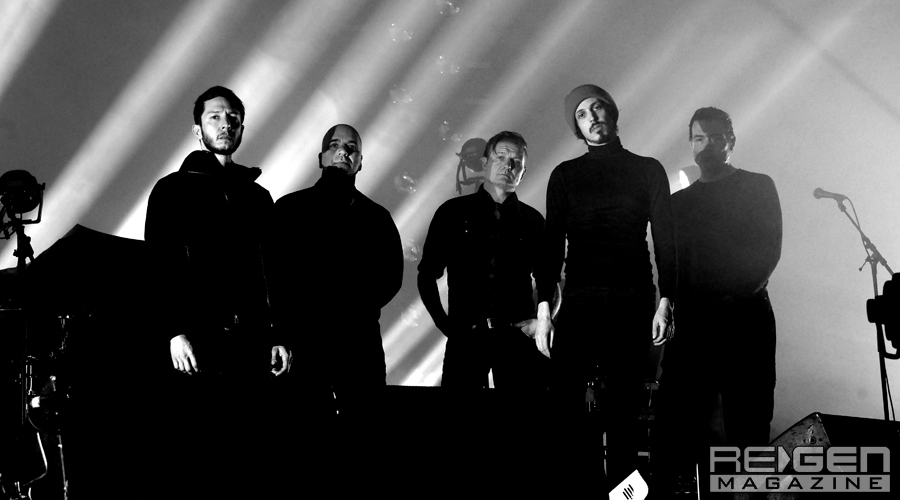 What have you found to be the major difficulties in having all the different participants be able to put their stamp on the music while also achieving a unified sound that can be called Black Line?

Cyrusrex: For the first record, it was pretty tough with so many different opinions and skills each person had. What we have mostly worked out is how the tracks flow between people and in what order. The first round, there was way too much back-and-forth before anything felt finished, and sometimes that would be frustrating.

Hiwatt: It can be a challenging environment… can you say too many cooks in the kitchen?! On the other hand, all that combined experience can be a huge asset.

As stated, Cyrusrex had said in our previous InterView that he worked in Dark Place Manufacturing, ‘which makes synthesizers.’ From your perspective, how has synthesizer technology evolved? What sorts of developments have excited you, and in what ways do you feel it has stagnated or could bear some improvement?

Cyrusrex: Yes, I co-own Dark Place Manufacturing, and am very much involved with the world of synthesizers. What we are seeing is more live friendly tools, which is great! The overall downsizing of expressive and integrated gear is also a great trend… there’s just too much stuff coming out to keep track of though!

Hiwatt: I think it’s particularly cool that some of my friends and colleagues are designing and manufacturing their own Eurorack modules. The whole mini-scale platform is brilliant, and some of the DSP effects are just mind-blowing!

There has been a propensity toward nostalgia in recent musical trends – the resurgence of post-punk, synthwave taking inspiration from the ’80s, and now I’m noticing several artists pursuing exploratory modular synthesis (Apoptygma Berzerk’s last album, Nero Bellum from Psyclon Nine, for example). What are your thoughts on newer generations’ connections to the past and how they are taking those sounds into their own directions? Or is it something you even pay any attention to?

Cyrusrex: It’s good to see more of that world getting more experimental with sounds, I personally felt that scene became very stagnant sounding for a while. It’s nice to hear it evolving in more unexpected ways.

Hiwatt: I particularly like the trend that’s going on in TV and movies right now; it seems composers are getting far more experimental, and consumers are loving it. I’ll never get tired of hearing a beautiful orchestral score, but it sure is refreshing to hear a film scored on a laptop and modular rig!

McCarthy: The funny thing is, now Eurorack synthesis is a ‘thing’ – it’s the last thing we want or even can use practically on the road, which in our view is where our music should be heard. Hardware has come in leaps and bounds in the last few years and it has been an essential cornerstone of our performance moving forward, even though modular is just as important in the studio and always will be. 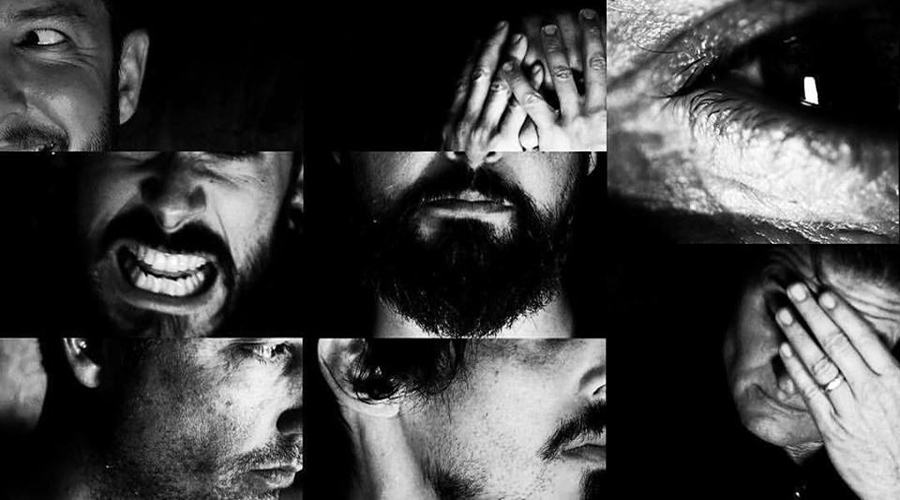