Ayria InterView: From Plastic to Paper0

With the Canadian dark electro-pop act’s fifth album on the eve of release, Brian McLelland speaks with Ayria’s Jennifer Parkin on her career and her musical development.

An InterView with Jennifer Parkin of Ayria

For 12 years now, Jennifer Parkin – better known as Ayria – has been hard at work producing music that defies labels, bends genres, and moves asses on the dance floor. She has toured the world and shared the stage with such heavy hitters in the goth/electro scene as The Crüxshadows, VNV Nation, and Combichrist to name but a few. Ayria’s most recent release, available via Bandcamp, Feed Her to the Wolves was produced by the renowned Sebastian Komor with a full-length album, Paper Dolls, arriving in 2016 to be followed by a world tour. The tremendous momentum that Parkin has gained shows no signs of abating, but luckily, she took a small break to speak to ReGen about her upcoming plans, the new album, and working with Komor.

First, for anyone who might not be familiar with your work or have only heard of you, how would you describe Ayria? 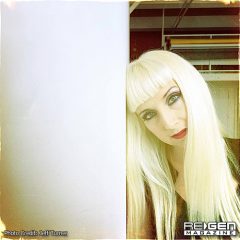 Parkin: Lately, I’ve been calling Ayria ‘alt-pop’ or ‘dark-electro-pop’ might work too. I don’t keep up on the cool genre names. For anyone who’s never heard of Ayria, the music is usually danceable – big beats, big synths, the lyrics dark, the aesthetics kind of underground goth, yet also pink and girlie with female vocals. Ayria’s always fit into the industrial subgenre since beginning in 2003. I do have some songs that are quite harsh, while other songs are dark themed pop songs, ballads, and club tracks. The common thread is that my lyrics, while following pop structures, always take a dark turn with the lyrical content and the melodies. I’ve never been afraid to explore any musical style that interests or inspires me. The diverse style of Ayria has allowed me to tour with amazing bands like VNV Nation, The Crüxshadows, Project Pitchfork, Combichrist, etc.

Your new Feed Her to the Wolves EP is out October 23rd with the full Paper Dolls album to follow sometime after; how is the work on these two releases different from Plastic Makes Perfect? 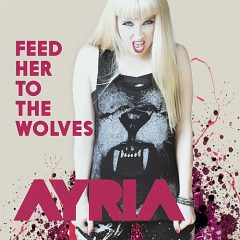 Parkin: I think I went back to some of my earlier roots. Thinking about my previous releases, Plastic Makes Perfect was darker than Hearts for Bullets, for example. The music was more complex and dense. I’m not saying it was better, but just different. I’ve kind of tried to refine some of the styles I do best; for example, on an older track like ‘Girl On the Floor,’ I think I’ve achieved that anthemic feeling again with the new song ‘Feed Her to the Wolves’ with the builds and swells, but I’ve also returned to exploring more slower moodier songs like Flicker had. Then my original love of ’90s Nitzer-dustrial with a mid-tempo synth line and big grooves also appear on here too. I’m forever trying to progress, refine, develop while staying true to my favorite styles.

What can fans expect from Paper Dolls? Do you feel it is different from your previous work? 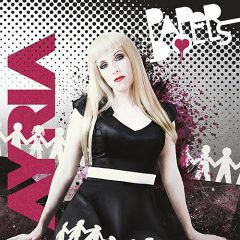 Parkin: Paper Dolls is my fifth release and represents where I stand today. There’s not as much harsh stuff on this one. I’ve traded some of that for some melodic ballads. I didn’t realize it until it was all done, but I think it’s a reflection of me not being in an angry place right now. It’s not gone; it’s just not as affecting right now. Instead, I think I more explore themes of technology, isolation, suicide, feminism, opulence, abuse. I like to think I’m progressing with every release… refining, but in reality, it’s mainly about exploration, new production techniques, sounds, styles. I like to try to challenge myself with songwriting. I think fans will really enjoy this one. I’m so lucky to have had people follow me throughout this 12 year journey and stand by as I’ve done guitar-based rock songs to orchestra-type ballads to harsh industrial to straightforward electro-pop. It’s exciting to me that I can do what I want.

Can we expect a tour to follow Paper Dolls?

Parkin: Yes, I have plans to tour both the UK and USA in 2016. I just need to settle on the dates and that will depend on the actual release date for Paper Dolls. It’s all done and in manufacturing, but I need to make sure I’ll have everything in advance. Touring takes a ton of planning and a crap load of money even before you start. But I’m determined that this tour will be epic; something that, if I never get to tour again in my life, this will be the one to see me at. I’ve got big plans! I’d also love to tour other places, but I can only go where I have the network of promoters willing to put on the shows. I want to go everywhere of course!

This will be the third album of yours produced by Sebastian Komor. How has working with Komor helped with your process? 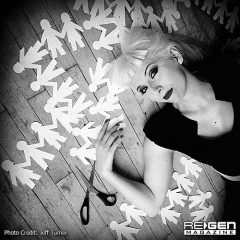 Parkin: Incredibly! He just gets me. We live on opposite sides of this massive country of Canada – me in Toronto and him in Vancouver – and we do everything over email and Dropbox, with clips and files, and we both just get each other. We are both picky and we are both perfectionists and we both have similar tastes when it comes to the production. To be honest, when I finished Plastic Makes Perfect, I didn’t think I had it in me to write another album. He came to me with these ideas and clips, which we’ve never done before! I’ve always sent him everything, all my tracks, to produce, but this time, he had some ideas before I had started working on anything, and that was all I needed to get that spark and get inspired to write again too. So on this release, we collaborated a bit more. He was involved a bit more this time. I opened myself up to have someone else contribute more to some of the songs. We are already planning release number six! I better get writing!

You’ve previously collaborated with vo1d, Psy’Aviah, and Alex Matheu on The Parallel Project. Do you have any plans for more collaborative work in the near future? Is there anyone in particular you’d like to work with?

Parkin: Well, Seb and I will continue to collaborate even more in the future. Joe from v01d and I have talked about collaborating again since he’s one of my best friends here in Toronto and we were just reminiscing about Flicker turning 10 years old this fall! There are so many others I’d love the chance to collaborate with. I love having the control and writing everything myself, but sometimes, working with others inspires a totally new way for me to sing or brings out new ideas that I wouldn’t tend to do, and I get excited. This is too tough a question to choose collaborators… next!

Finally, what’s the most recent thing you’ve gotten excited about? 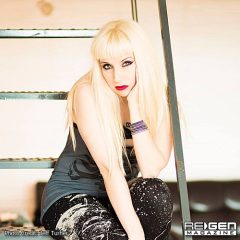 Parkin: I’m super into comedy lately. I’ve been to more comedy shows than concerts! I went to the Oddball festival and then Toronto hosts this huge JFL42 where you can see awesome comedians almost every day for about two weeks. I was super excited about the recent IAMX concert that I just attended in Toronto. I’ve been inspired by that band since 2005 when I was working on Flicker. I’m also super excited about all the horror movies out in theaters and on Netflix. I love paranormal horror! I’m obsessed. Now that the bulk of the Paper Dolls work is done, I’m also excited to relax, have a glass of red wine, and enjoy catching up with other music that I’ve missed. I’ve been in a four month bubble. When we finish an album, I don’t listen to much else besides my stuff… over, and over, and over… picking apart the details, comparing masters, etc. It feels good to be out from under that pressure for a bit.