Darkwave trio Ash Code speaks with ReGen about history, philosophy, and future plans, signing to Metropolis Records on this side of the Atlantic, bringing the Italian trio’s sound to our shores and beyond.

Formed in 2014 in Napoli, the Italian darkwave trio known as Ash Code has been steadily gaining traction in the international market, culminating in the band’s signing with Metropolis Records in late 2018. Achieving widespread acclaim for energetic and engaging live performances and with three albums under the band’s belt, Ash Code’s blend of darker modes of post-punk, synthpop, EBM, and all points in between is already ensuring a great deal of attention on this side of the Atlantic, drawing comparisons to such genre luminaries as The Sisters of Mercy, New Order, and Depeche Mode, but with a decidedly fresh twist. In a special contribution to ReGen Magazine, William Zimmerman conducted this InterView with the members of Ash Code – Allessandro Belluccio, Claudia Nottebella, and Adriano Belluccio – discussing the band’s history and songwriting philosophy, as well as the band’s signing with Metropolis, and just what audiences can expect from the band in the rest of 2019 and beyond.

Would you tell us about Ash Code’s background? 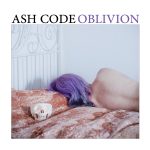 Alessandro Belluccio: The project began near the end of 2013. At the time, I had the desire to start something new, so I wrote some new tracks, but I couldn’t finish them – something was missing. One day, Claudia tried to help me by adding some synth melodies and made some suggestions. We really liked the resultm so we put two songs on SoundCloud. We immediately received some unexpected positive feedback, so we thought that the project could work and we invited my brother to play with us. We wrote Oblivion in few months, and our debut show was with She Past Away near Napoli. Since that time, the band has grown day by day in so many ways.

Metropolis recently released your Posthuman album, which was initially released in 2016. What led to this decision and how did you hook up with Metropolis?

Alessandro Belluccio: Metropolis has released every Ash Code LP between November/December 2018; they expresed interest in us via e-mail back in May. They came to an agreement with our European label, Swiss Dark Nights – basically, the labels will split territories, so now Metropolis manages Ash Code business in North and South America. With this, it is now very easy to get our releases in that zone without expensive shipping costs.

You did a video for the title track from Posthuman. It largely features a lady walking around different parts of the city. It then changes to the same lady among these vast landscapes and wildlife. Could you talk a bit about the video concept and how it relates to the lyrics? 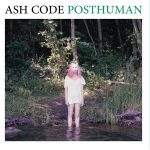 Nottebella: The lady is Sandra Roczen – she is both the photographer and model on all of the Ash Code album covers. The ‘Posthuman’ video clip attempts to explain the concept behind this word; in particular, the effects of technology on human beings. You can see a girl completely surrounded by urban chaos in a city full of buildings, traffic, and pollution. She is continuously on the phone or on the PC, and she seems to be losing contact with her inner dimension. She goes to a crematorium, where she realizes something very important, maybe that life is short? So when she goes to the zoo, she understands that there’s something wrong in everything she sees everyday; then she decides to escape to a wild place where everything become clear.

‘Challenging the Sea’ is a track on Posthuman, and the title implies taking on something larger than life. What is a challenge that you as a band hope to overcome?

Nottebella: Our biggest challenge is to continue to make music in the ways we have developed. Unfortunately, it’s not easy for us to do as we do have regular occupations that make weekend perfromances in other countries rather challenging. It can be hard, exhausting, and it is difficult to recover from, but as long as we are able, we will do it!

How do you see the music evolving since Posthuman and Perspektive? 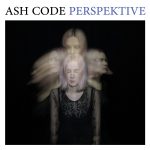 Alessandro Belluccio: I think that Perspektive is more mature. We were looking for new sounds for a long time, and we tried different solutions. For example, on the title track, we introduced a new handmade instrument built by an Italian artisan that is called a Micro-D. Another significant difference is on the production side; we asked to Doruk Öztürkcan of She Past Away to work on the album behind the mix desk and we’re very satisfied with the results.

In 2015, you had an interview where it’s noted that ‘Your bio indicates that your music is made of dark ballads, deep and melancholic synths, noise and distortions, dances of death.’ How have things changed in the past 4 years?

Alessandro Belluccio: We consistently try to change and improve our music, but for us, it’s very important to remain ourselves as well. I mean, we don’t want to lose our identity. I think people appreciate us because they may feel that our music describes who we are without filters and without following any trend.

How important to the music and lyrics of Ash Code are concepts of the classic philosophers? It’s my understanding that part of the inspiration behind the band name is somewhat based on existentialism?

Nottebella: Yes, I studied philosophy, so it’s very natural for me to be influenced by philosophers. I think reading about philosophy can deeply affect and change the way you look at things. You can find some philosophy in the majority of Ash Code’s lyrics. The name of the band was born as a game that we did with our initials, but we choose it because we very much liked the concept behind it. Ultimately, the idea that we are ash in a different form, and this form can be a code – a code as a body, so everyone has got a different code – but everybody will turn into the ash.

We’re seeing quite a few bands going back to an ’80s/’90s retro vibe – Drab Majesty, Twin Tribes, Cold Cav,e for example. We are also seeing an increasing interest in vinyl LPs and cassettes. What do you attribute to this movement?

Alessandro Belluccio: I think everything returns, like a sort of circle of time, citing Nietzsche. In particular, ’80s/’90s sounds are those with which this generation of musicians has grown, so it could be a nostalgic way to relive our childhood.

Is it more important for you as an artist, to leave your mark or document something in a song for you, or create an emotional reaction for the listener?

Nottebella: Both – yet, If I have to choose, maybe the most important thing is creating an emotional reaction for the audience, something in which they can recognize themselves.

What plans do you have for the coming months in 2019?

Adriano Belluccio: We completed a U.K. tour in March, and then we will play for the first time in Ukraine. During the summer, we will play at Amphi Festival, Castle Party, and Fekete Zaj Festival in Hungary. At present, we are working on new songs, as well as planning a two week tour of North America to take place in the late Summer.

Situation: You are invited to play a huge festival along with some of your favorite contemporary bands. One of the bands cannot play because three out of four members were denied entry into the country at the last minute. You are invited to save the show. What band would you like this to be and why?

Alessandro Belluccio: It’s not very easy to answer. I can say that one of my dreams would be to play with New Order with the classic lineup.