Signing to Metropolis Records for the band’s third album, Stockholm’s A Projection has its sights set on the international music scene as ReGen Magazine digs into the band’s latest developments.

Just as the coldly melodic atmospheres of synthwave have done in recent years, the darkly enticing sounds of post-punk and early goth/rock have been enjoying a period of vitality in modern music. And it doesn’t seem to be limited to one particular region; on the contrary, bands from around the world have been taking to the black-clad chiaroscuro aesthetics that defined the late ’70s and early ’80s and putting a fresh spin on the baritone and chorus-laden dirges of the genre with a sleeker production style. One such band is Stockholm, Sweden’s A Projection, who after its inception in 2013 has steadily risen through the ranks in Europe’s music scene before finally signing with Metropolis Records for the October 2019 release of the third album, Section. The album marks a refinement in A Projection’s approach as bassist Rikard Tengvall steps into the role of lead vocalist after the departure of Isak Erikson, the band now taking the opportunity to reach North American audiences with renewed vigor, infusing darker emotions and an infusion of punklike energy to make Section the band’s best work to date. Tengvall took the time to speak with ReGen Magazine about these latest developments, along with a reminder to check A Projection out on the upcoming tour to start 2020 off proper.

First, let’s discuss some of the changes in the band as bassist Rikard Tengvall is now filling the role of lead vocalist after Isak Erikson’s departure. Would you tell us about the circumstances behind Erikson leaving the band, and what sorts of challenges Tengvall faced with stepping in to be the band’s singer? 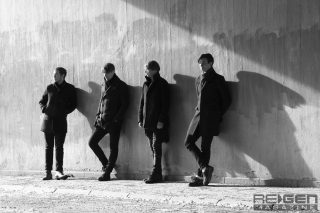 Tengvall: Isak left that band in order to be able to study in another town, not so close to Stockholm (where the band is staying). This decision might be connected to some pretty drastic events that took place in his life, but that’s just me speculating.
The challenge for me was, firstly, returning to the group after a paternal leave. As a bassist, which was my original role in the band, relearning the songs as bassist and backing vocalist, and then, as Isak left, having to relearn them again as lead singer; that took some time.
When Isak left, we first tried out another singer and as that didn’t work so well, the others in the band told me to sing since none of them wanted to (actually, our drummer Jesper Lönn is the best singer in the group). So, it was not my choice to be the singer in the first place, even though I like it very much now.

In what ways do you feel your familiarity with the songs helped you in this capacity, and in contrast, how difficult was it to fill your own singing style in with the older material?

Tengvall: I think that Isak has a great voice and is a great singer, so it would be hard to copy that, and I’m not trying to. I am more ‘doing my thing,’ which I guess is anyways not that far away from what Isak was doing since we are working within the same genre and stuff.
Of course, knowing the songs helped a lot; especially those that I wrote, I already knew well. Also, as bassist, I did quite a lot of backup singing. And on one of the songs, ‘This Is Not Me.’ I did the main vocals. So, the learning curve was not very steep.

There has been a resurgence of interest around the world in the post-punk and proto-goth/rock sounds of the late ’70s and early ’80s, and A Projection seems to be one of many groups – like ACTORS, She Past Away, Drab Majesty, Cold Cave, etc. – in this style. To what would you attribute this renewed vitality in this genre? 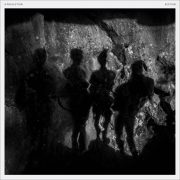 Tengvall: Well, it is a great genre! The best one if you ask me. Also, the popular music has made an interesting loop since the ’90s, when suddenly you heard strong influences from the ’60s and ’70s, consequently followed up by late ’70s and early ’80s, then late ’80s (you could almost predict what would come next), and somewhere there, you have post-punk. We’ll see what happens next, but as opposed to the ’80s and ’90s, I think that post-punk is more established as a genre and burns more strongly since it has many more steady followers now.

What do you feel has helped in enabling A Projection to approach this sound with a fresh perspective, particularly on the new album?

Tengvall: Hmm… talking about the cycling of music, we in A Projection have been exposed to a lot that the old masters within the genre had not experienced when they recorded their stuff. Also, we have always been pretty many in the band writing songs, which brings different perspectives, especially as we come from different musical backgrounds.

On the other hand, it has been said that the band had to ‘reinvent themselves’ after the first two albums; what was it about the previous releases that you felt it was time for A Projection to proceed in a different direction with Section, and in what ways do you feel you achieved this reinvention?

Tengvall: The ‘reinvention’ part, I think, is more about making it work with half of the band exchanged and having both a new singer and a new guitarist. Those roles are pretty important to the sound so, rather than changing the sound too much, we deliberately tried to keep to ‘the true A Projection sound,’ figuring that it would sound pretty different anyway. I guess that our second single, ‘Lucy Shrine’ is the song that points clearest to a new direction, with a more electronic and almost a bit synthpop-ish vibe to it.

Tell us about your involvement with Metropolis Records. How did you come to be associated with the label, and how has this cooperation proved fruitful for A Projection since the release of Section in October?

Tengvall: We really want to thank Volker Zacharias and Celsius Management for making our deal with Metropolis Records possible! It was all them to be honest. Although we, of course, since long back knew about Metropolis Records and would absolutely not have minded being a part of their roster. 😉
Being signed to Metropolis Records is almost like a quality sign and I think we gain both credibility and more listeners just by being associated with them. Also, Metropolis Records, being a big company with economic strength, have been able to help us in many ways. And for that, we are thankful.

What can you tell us about the music scene in Stockholm at this time as you’ve observed it? What sorts of artistic attitudes do you feel exist that may have influenced your own music? Conversely, how do you feel A Projection has been breaking away from the homeland to attain a wider spread appeal? 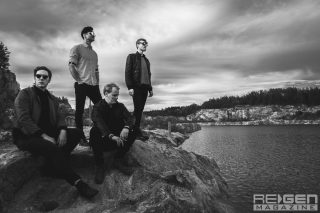 Tengvall: There are many good active bands in Stockholm and Sweden at the moment, such as Agent Side Grinder, The Exploding Boy, Then Comes Silence, Principe Valiant, It’s For Us, Kite, Henrik de la Cour, just to name a few.
We heard Principe Valiant and Agent Side Grinder before the other bands mentioned above, so they probably have influenced us most. But, really, I would rather say that it a case of us (we and them) having the same influences.
A Projection have since a while back had more listeners in other countries than Sweden and we are also more directed towards the international music scene than the Swedish one.

Are there any plans to tour? What’s next for A Projection?

Tengvall: We will be going on tour, with Wires & Lights as support, in Jan-Feb. Check our website or our Facebook page for more info! 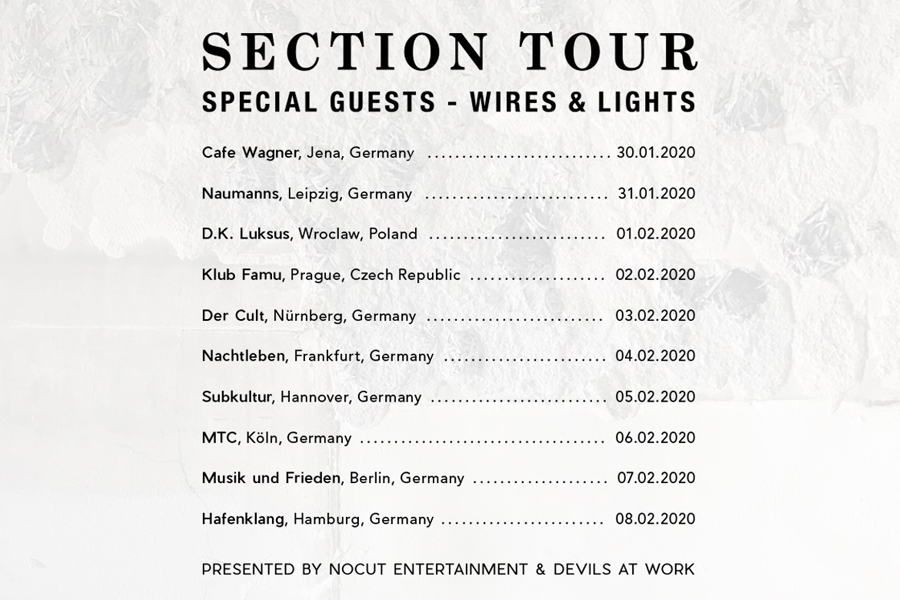 Photography provided courtesy of A Projection and Metropolis Records