A father, a fighter, a survivor – Rexx Arkana is all of these things and more, as ReGen‘s Brian McLelland speaks with him about his past and present accomplishments, while looking forward to the future.

The Qemists InterView: Pushing the Lines0

Signing to FiXT for the band’s third album, UK’s The Qemists prepare to release on North America an onslaught of rock & roll energy and drum & bass dynamism.

Blownload, Exageist, Dream in Red, Primitive Race… Erie Loch is one of modern music’s busiest songwriters and producers; even so, he took the time to speak with ReGen about his music and his career.

An InterView with Erie Loch of Blownload, Dream in Red, Exageist, and Primitive Race
END_OF_DOCUMENT_TOKEN_TO_BE_REPLACED

The maestros of machine rock return from a thankfully not-quite-permanent hiatus, as Eric Powell and Erik Gustafson initiate the third wave of 16volt with a new album, The Negative Space, in the works!

An InterView with Eric Powell & Erik Gustafson of 16volt
END_OF_DOCUMENT_TOKEN_TO_BE_REPLACED

The singularity has come and gone, and Fear Factory is the soundtrack to a brave new world where the lines between man and machine no longer apply. Read on as guitarist Dino Cazares touches on the band’s history during the Demanufacture 20th Anniversary tour!

An InterView with Dino Cazares of Fear Factory
END_OF_DOCUMENT_TOKEN_TO_BE_REPLACED

Still one of modern music’s most revered and reviled figures, Al Jourgensen discusses with ReGen his new lease on life and music with the debut of his latest booze and pot fueled musical venture, Surgical Meth Machine!

An InterView with Al Jourgensen of Surgical Meth Machine
END_OF_DOCUMENT_TOKEN_TO_BE_REPLACED

One of the hardest hitting and most visually striking projects in modern music, CHANT’s Bradley Bills speaks with ReGen on the development of his art and music and his observations of industrial music and the world at large to culminate in his latest album, Brave New Apocalypse. 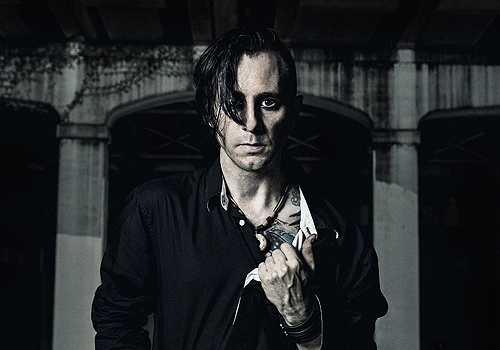 An InterView with Bradley Bills of CHANT
END_OF_DOCUMENT_TOKEN_TO_BE_REPLACED