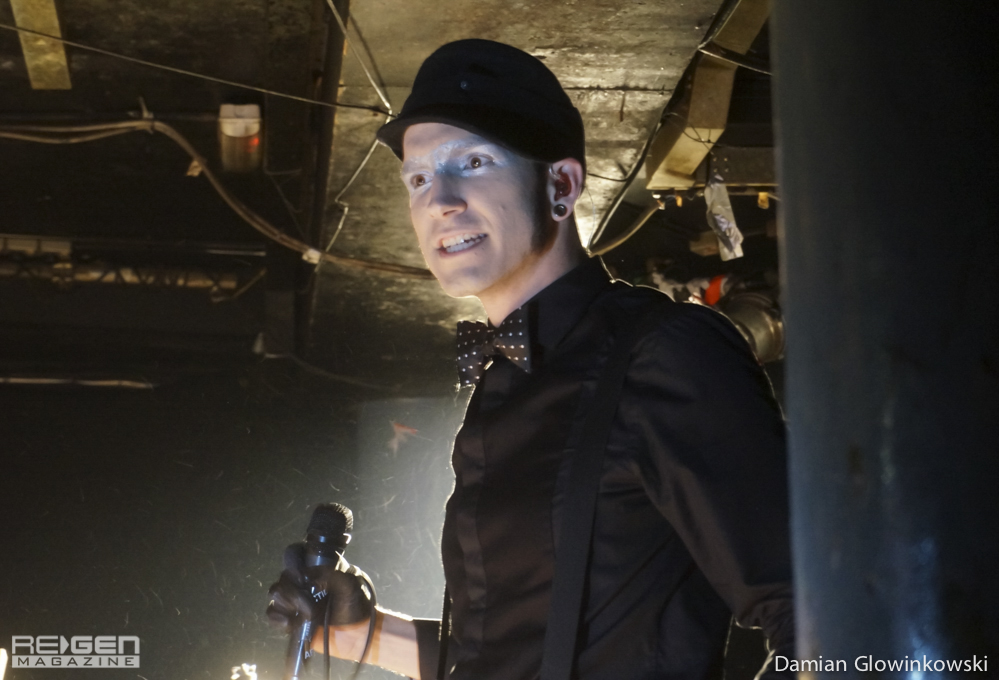 None of the artists that set out to demolish Camden’s Underworld on the surprisingly warm night of February 20 are newcomers to the scene; in fact, they all come with a hefty baggage of scenic experience. What transpired in London was a precise, calculated, and powerful electro blitzkrieg that benefited immensely from the sheer force of the combined sonic boom. Both Aesthetic Perfection and Faderhead were promoting their latest, fresh off the press releases, while the Spanish Terrolokaust was still celebrating the success of last year’s Spit the Poison Out, making this night exciting and unpredictable with the all time favorites and the brand new tracks mixed together like a fine, fiery musical Molotov. END_OF_DOCUMENT_TOKEN_TO_BE_REPLACED 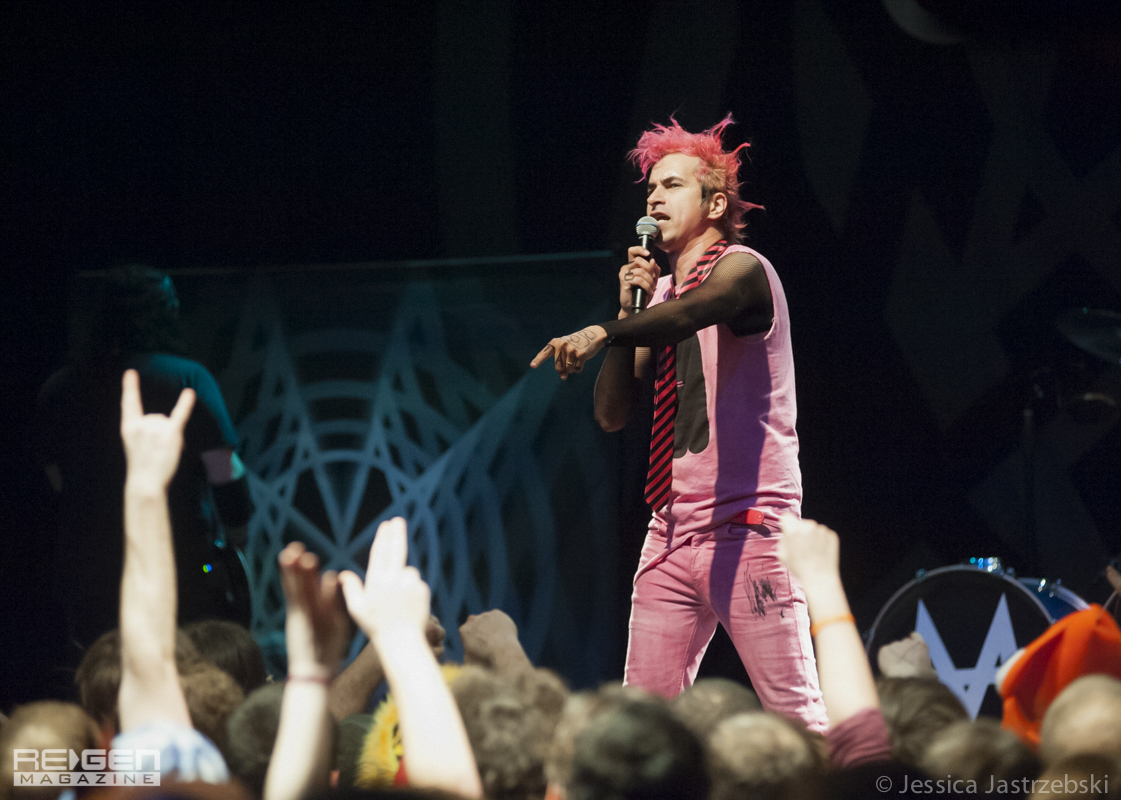 Ever blurring the lines between genres, Mindless Self Indulgence is perhaps the quintessential crossover act. From blistering electronics to scathing punk rock abandon, topped off with irreverent lyrics, MSI is quite simply one of the most uniquely successful entities in modern music. END_OF_DOCUMENT_TOKEN_TO_BE_REPLACED 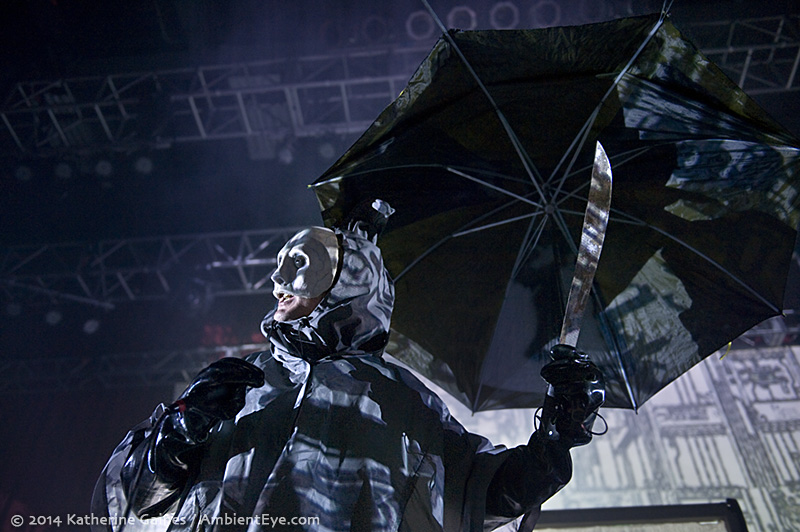 Situated on the same block where the AFI Silver Theater and Cultural Center resides, The Fillmore stands as one of the DC area’s current top venues, and with good reason given its spaciousness and, as this writer would discover by the evening’s end, rather excellent sound and lighting system. It was the perfect location for one of industrial music’s most influential and longstanding acts – Skinny Puppy – to deliver its nightmarish warnings of life in the criminal age on the band’s Shapes for Arms tour. END_OF_DOCUMENT_TOKEN_TO_BE_REPLACED 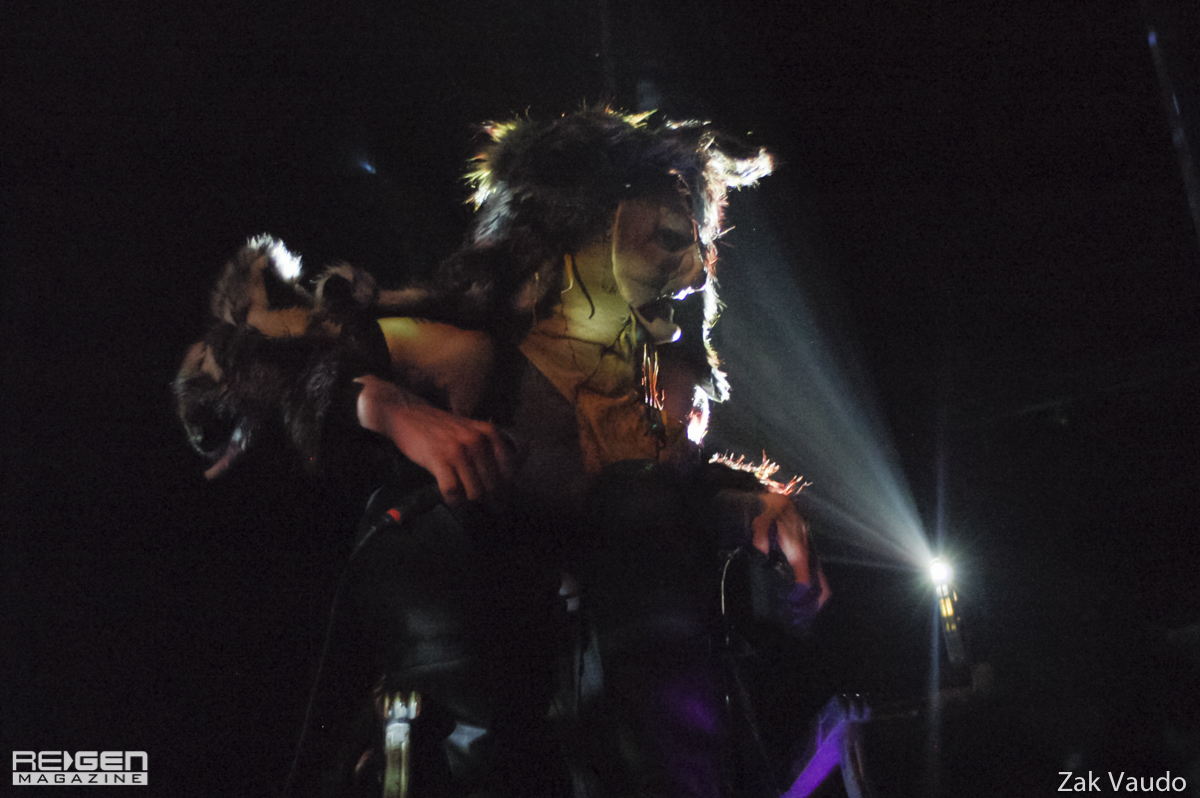 Between the back-to-back snow storms that shook the Southeast, Atlanta was taken by a storm of a different nature: an electro/industrial storm over 30 years in the making by the name of Skinny Puppy. The Vancouver legends had stomped their way from West to East since the end of January, swapping out DJMREX for label mates Army of the Universe for the February leg of the tour, beginning at the Center Stage in the heart of Atlanta. After the previous week of weather-imposed house arrest, the citizens of metro Atlanta were more than ready for the ruckus, filling the large venue from the very start of the show. END_OF_DOCUMENT_TOKEN_TO_BE_REPLACED 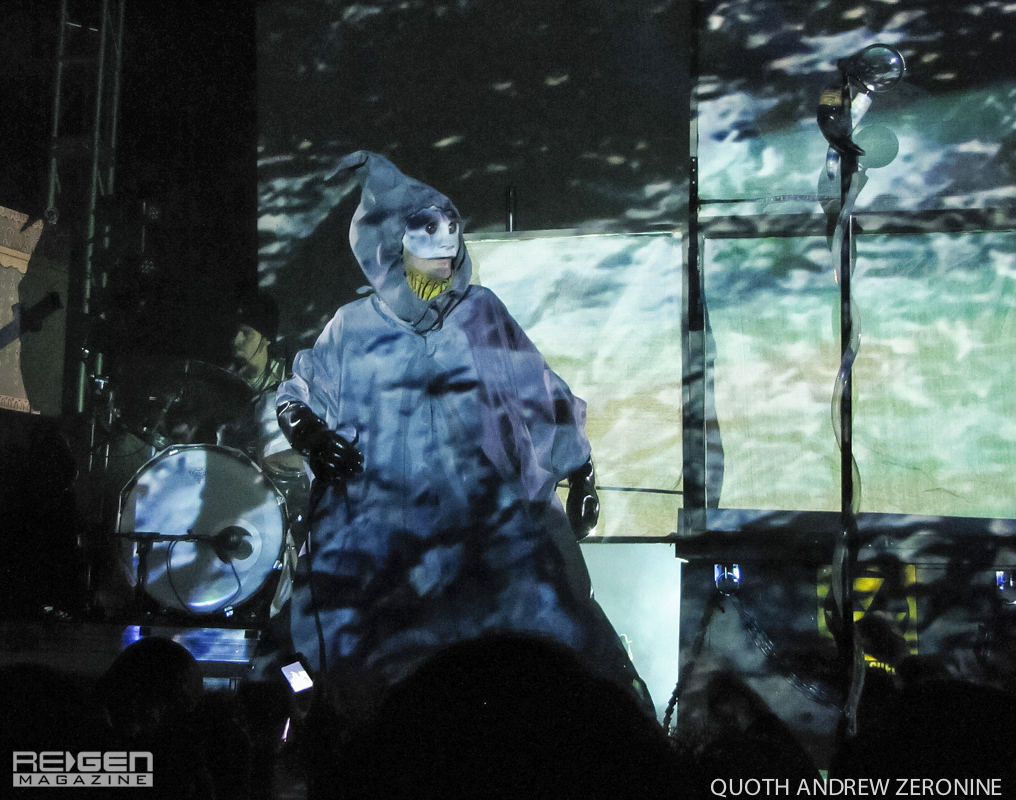 The Granada Theater got a little darker on January 31 as the industrial gurus Skinny Puppy invaded north Texas and unleashed its dark, politically charged horror show on the Dallas crowd. Joining Skinny Puppy on the Shapes for Arms tour was DJMREX, the duo consisting of Cyrusrex and Douglas J. McCarthy of Nitzer Ebb. END_OF_DOCUMENT_TOKEN_TO_BE_REPLACED 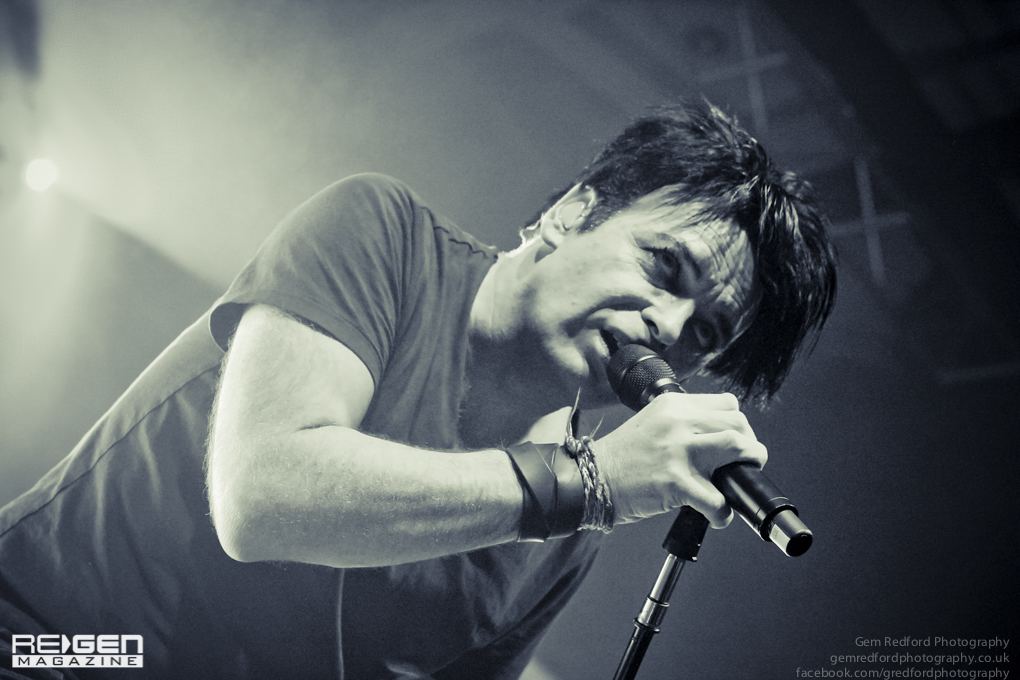 Gary Numan – one of the most influential performers in modern music, and one of the few to successfully transition from early new wave beginnings into the darker territories of industrial rock. Since the mid ’90s, Numan’s bleakly atmospheric, guitar-driven music has touched on themes far more introspective and anti-religious, though he has remained a pioneering voice in electronic music for more than three decades. With this year’s release of Splinter (Songs from a Broken Mind), reportedly his highest charting album since 1983, Numan embarked on a tour of the UK with plans to continue into Israel and Europe in 2014. Here, ReGen is proud to feature this contribution from Jimmy Barnes and photographer Gem Redford covering Numan’s performance at the Brighton Dome. END_OF_DOCUMENT_TOKEN_TO_BE_REPLACED 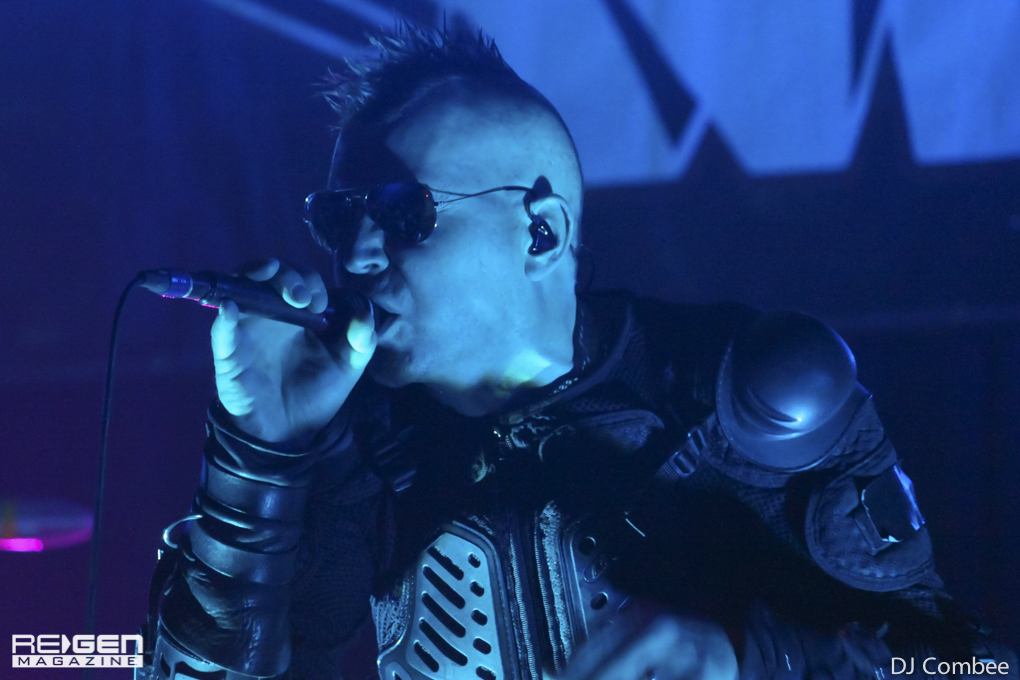 After releasing the album KUNST and wrapping up a tour during the early half of this year, one would think that the prolific Käpt’n K and company would take a considerable hiatus to recover from their hectic schedule, but then a second North American Tour, We Are KMFDM, was announced and it became apparent that the industrial rock colossuses didn’t quite get its fill of making venue walls quiver via the signature Ultra-Heavy Beat. With nearly 30 years under its tactical belt and zero signs of slowing down, allied with opener tribal/industrial drum act CHANT, KMFDM once again set sights on striking one of America’s major arteries with a virulence that seems almost impossible to stop. END_OF_DOCUMENT_TOKEN_TO_BE_REPLACED