The line stretched around the block for IAMX’s first U.S. show of the Alive in New Light Tour, hot on the heels of the band’s latest release. A mixture of longtime loyalists and curious newbies eagerly mingled while waiting to be let in from the cold. Washington, DC’s Rock & Roll Hotel is a perfect venue to host IAMX END_OF_DOCUMENT_TOKEN_TO_BE_REPLACED

Damsel in the Dollhouse is Nina Dove, bringing you her brand of industrial strength and beauty. No mere chanteuse, she is the one responsible for turning the knobs and programming those eighth notes, all the while delivering her stunning vocal performance. With her latest album, Provocateur, along with a companion remix album out now for free at Bandcamp, Dove speaks with Gabe Wilkinson for ReGen Magazine‘s The 6ix List!

END_OF_DOCUMENT_TOKEN_TO_BE_REPLACED

Having released its third album, Behind the Fallen Monuments of Time in May of 2017 via Latex Records, Introspect Void founder – Marshall Wright, a.k.a. Swamp – takes on ReGen‘s The 6ix List.

END_OF_DOCUMENT_TOKEN_TO_BE_REPLACED

What more can be said about The Gothsicles? Since the 2006 release of the NESferatu debut album, the band has been on a steady upward trajectory that has shown no signs of slowing down.

END_OF_DOCUMENT_TOKEN_TO_BE_REPLACED

Hanz-Baal: TONTTU is the musical division of The Anti-Gnome Army playing exclusively Anti-Gnome/martial/industrial/neo-folk/metal. Our roots are in Finland and we have been raising awareness about gnomes and their evil schemes since 1997… some would say earlier, but would that make the difference? I think not, so let us leave it to that. After gnomes kidnapped our beloved founding member Petja, we reached this current form in 2013 when we activated again. END_OF_DOCUMENT_TOKEN_TO_BE_REPLACED

END_OF_DOCUMENT_TOKEN_TO_BE_REPLACED 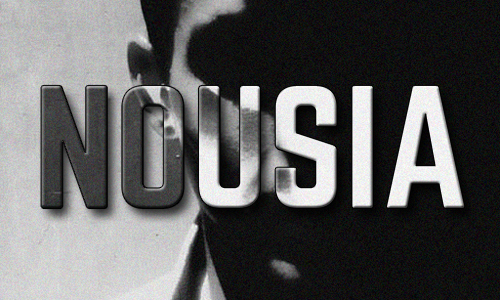