Just before the band kicked off its stint as the opening act for the Revolution 3 Tour, Julien-K performed a handful of headlining shows, one of which occurred in Merriam, KS, on the western part of the Kansas City metropolitan area. The show also doubled as a local music showcase, with a diverse mix of new, old, and some returning bands. END_OF_DOCUMENT_TOKEN_TO_BE_REPLACED

The names of Daniel Ash and Kevin Haskins are practically etched into the minds of underground alternative, post-punk, and gothic rock fans – as two of the founding members of Bauhaus, they helped to lay the groundwork for the darker atmospheres that have pervaded every aspect of the scene for 40 years. END_OF_DOCUMENT_TOKEN_TO_BE_REPLACED

Photo Gallery – My Life with the Thrill Kill Kult/51 Peg in Halethorpe, MD0

For any band to last three years is something of an accomplishment, but My Life with the Thrill Kill Kult has last three decades – no small feat, even for one of the most enduring and beloved acts in the underground industrial scene. One of the staples of the WaxTrax! era, Thrill Kill Kult is beloved for the band’s raunchy and raucous blend of funk-inspired bass lines and dance grooves with a decidedly outsider visual and lyrical aesthetic that blends satire, Satanism, and sleaze into a singularly surreal concoction. Celebrating 2018 with the 30th Anniversary Show Tour earlier this year END_OF_DOCUMENT_TOKEN_TO_BE_REPLACED

PIGFest 3.0: An inside look at pulling off a music festival…0

ReGen Magazine was privileged to be named a co-sponsor of this year’s PIGFest 3.0 in Portland, OR. Showcasing some of the Pacific Northwestern industrial and goth scene’s finest musical talents, this third installment of the regional festival was an event not to be missed, with bands like 16volt, H3llb3nt, God Module, Unter Null, Particle Son, Murder Weapons, Dead Animal Assembly Plant, Die Robot, and more! In a special contribution from writer John Glabach, along with some accounts from Dawn Woodkill of Murder Weapons and the members of Photona, ReGen Magazine is proud to present this firsthand account of PIGFest 3.0! END_OF_DOCUMENT_TOKEN_TO_BE_REPLACED

ReGen was lucky enough to catch one of the few shows on the Skatenigs/CHANT tour, one of what according to CHANT’s Bradley Bills was the last of only five shows on the tour… a tour celebrating Skatenigs’ thirtieth anniversary as a band and CHANT’s fifteenth anniversary of performing live. END_OF_DOCUMENT_TOKEN_TO_BE_REPLACED 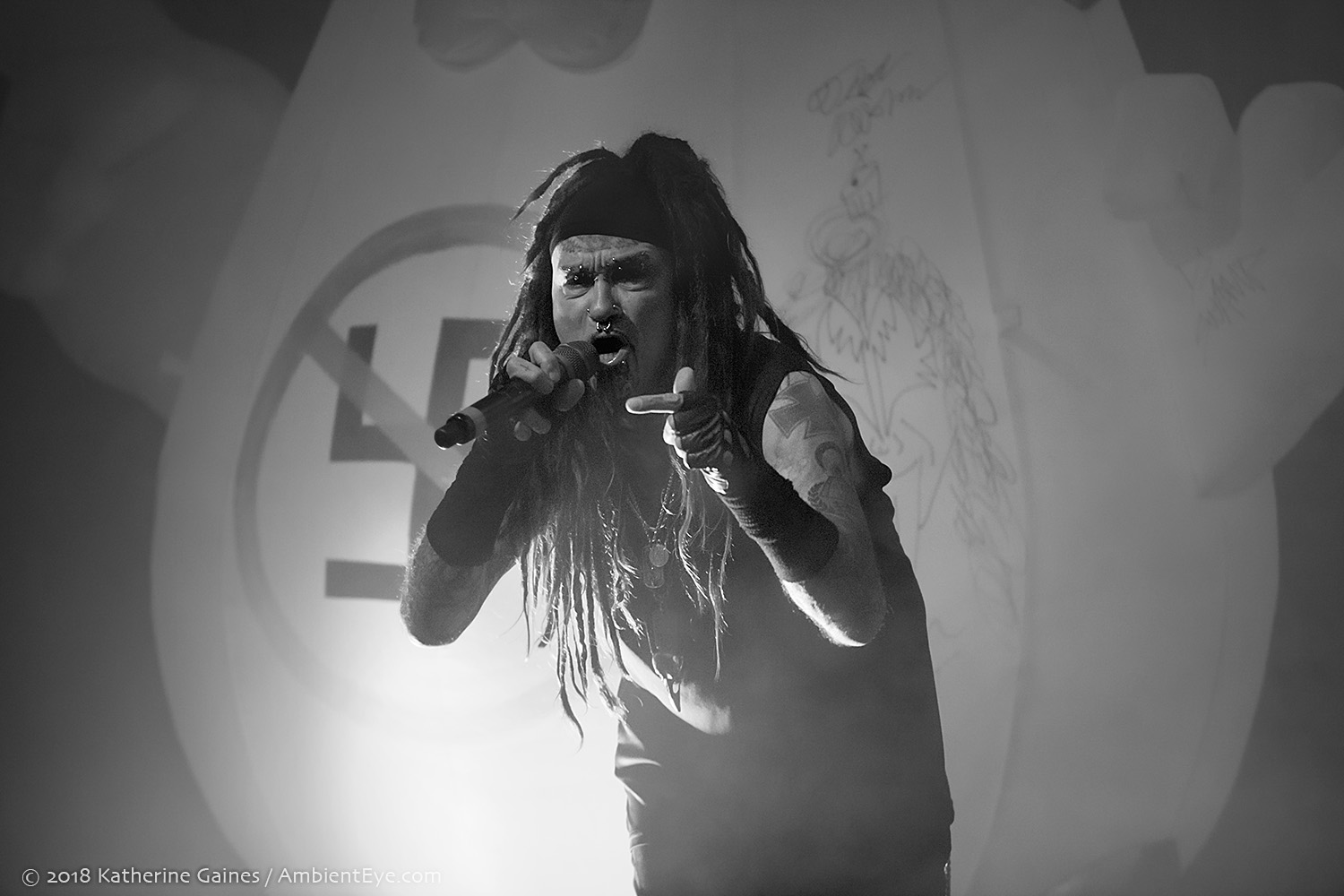 It has been said that Al Jourgensen writes his best material when a Republican is office, providing him a focus for his anti-right wing sociopolitical leanings to manifest into a hard hitting onslaught of industrialized metal. The overwhelmingly positive responses to MINISTRY’s latest album – AmeriKKKant END_OF_DOCUMENT_TOKEN_TO_BE_REPLACED

ReGen returned to the Riot Room to catch Grendel’s Severed Nations Tour, along with Evil Kunst, Peter Turns Pirate, and Ghostfeeder. The show started a little late as it had been underestimated the amount of time it would take to drive from Denver, CO to Kansas City, MO; anyone who has made that drive can sympathize as it is probably one of the most boring drives in the United States. A fun fact this writer learned is that the state of Kansas is about five times bigger than Grendel’s home country of The Netherlands. END_OF_DOCUMENT_TOKEN_TO_BE_REPLACED