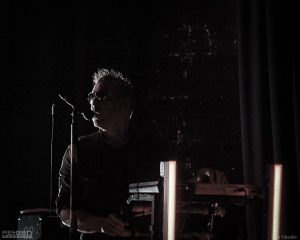 St. Patrick’s Day: a holiday typically associated with drunken debauchery. This Paddy’s Day in Atlanta would be no different, except the debauchery would be at the hands of Germans instead of Irish as KMFDM brought the party to the Variety Playhouse, supported by Seattle darkwave act Legion Within and Austin tribal/industrial drum project CHANT. Fans filled the Little Five Points area of Atlanta, decked out in leather, patches, spikes, and a Soviet military helmet to see the show. END_OF_DOCUMENT_TOKEN_TO_BE_REPLACED 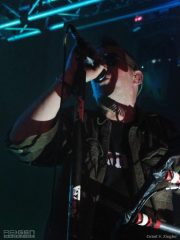 It’s hard to last even 10 years in the music business as a band nowadays, so if you’ve been around for 29 like KMFDM has, you’re definitely doing something right. Nothing shows that more than the vast amounts of KMFDM fans found at every single one of the band’s shows. KMFDM’s music has reached countless numbers and the Ultra-Heavy Beat continues to spread. END_OF_DOCUMENT_TOKEN_TO_BE_REPLACED 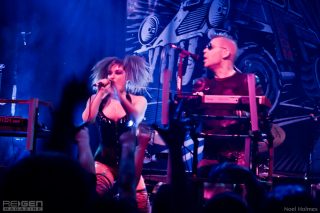 While the rest of the country was battling record-breaking low temperatures and snowstorms, San Francisco was blessed with a temperate night, perfect for talking a walk to The Independent for a sold out performance by legends of the industrial scene. END_OF_DOCUMENT_TOKEN_TO_BE_REPLACED

On February 16, 2013, the third Saturday of the month, ReGen mainstays DJGX and Pariah hosted a new “all industrial” night, titled ReGeneration. Held in association with ReGen Magazine, ReGeneration debuted at Club Orpheus in Baltimore, MD, one of the town’s longest running nightclubs, which has over the years held a number of scene-related nights and events. END_OF_DOCUMENT_TOKEN_TO_BE_REPLACED

Hirsute Pursuit and NON in NYC2 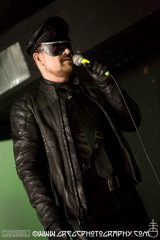 From contributing fan Erik Kay comes a special report on one of the most anticipated and most appealing shows to sweep the underground music scene in years. Gay electronic act Hirsute Pursuit, along with noise pioneer Boyd Rice, brings its special brand of highly stylized and sexualized techno to a diverse crowd on a cold January night in New York City, making for one hot performance! END_OF_DOCUMENT_TOKEN_TO_BE_REPLACED

At the end of every year, there are numerous lists that get published through various outlets detailing the best of whatever your category of choice; the best movie, the best dressed, the best restaurant, what have you. Perhaps it is part of humanity’s reflective nature to reminisce on the past year and quantify it down to a simple list that can quickly summarize what made living through it a worthwhile endeavor. Or perhaps it is indicative of the ever growing shallowness inherent to pop culture that quality is best summed up in simple ordered entries on some list. Who can say?
Certainly not ReGen Magazine, for we too have a list for you, the reader, of this publication’s Top 20 Albums of 2012. Voted on by the various members of the magazine staff, this list presents ReGen’s crème de la crème, showcasing those albums that best define the musical and creative outflow of the year from a wide variety of artists. So without further ado, we present to you ReGen Magazine’s Top 20 Albums of 2012. END_OF_DOCUMENT_TOKEN_TO_BE_REPLACED 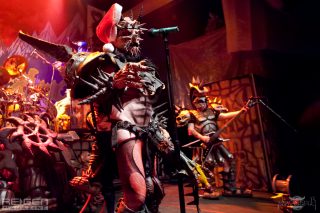 On December 20, 2012, Washington, DC was laid to waste as one of the world’s most obscenely comedic and offensively cacophonous entities – GWAR – performed at the prestigious 9:30 Club. For nearly three decades, the world of music and theatre has been graced with the Richmond, Virginia band’s brand of hardcore/thrash metal, simultaneously shocking and enthralling audiences by presenting one of the most renowned stage shows yet conceived. END_OF_DOCUMENT_TOKEN_TO_BE_REPLACED
«««-10-20212223-30-»»»