It is very difficult, or perhaps even impossible to express in words the sense of adulation, the near orgasmic thrill that one feels having experienced a live performance that surpasses in the presentation of audio and visual stimuli so massive that it sets a benchmark of excellence toward which all should aspire. Those who have had the good fortune of attending one of Rammstein’s legendary concerts will know exactly what that means. The group’s repertoire blends elements of industrial clamor, heavy metal aggression, melodic catchiness, and electronic dance into a style that, while often characterized as Neue Deutsch Härte (New German Hardness) or even more simply industrial/metal, the band has crafted into something that is very distinctly its own. Such music almost necessitates an equally dynamic live presentation, so it’s no wonder that the East German sextet has spent two decades constantly upping the ante and creating a concert experience that has rightfully been heralded as one of the world’s most theatrically expansive and most entertainingly over-the-top live shows. END_OF_DOCUMENT_TOKEN_TO_BE_REPLACED 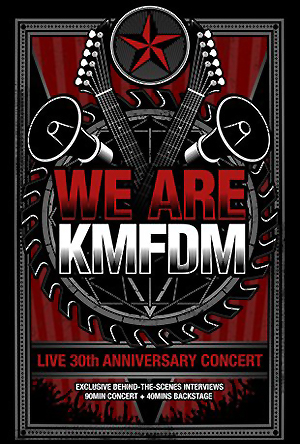 KMFDM – the multinational industrial/rock collective that continues after three decades to be one of the defining voices of a generation (or perhaps two or three by this point) with an aggressive mix of hard rock riffs, energetic rhythms and bass lines, and sardonic, politically-charged lyrics that range from bitter cynicism to self-effacing humor. In 2013, the band celebrated “29 years of conceptual continuity” with not one but two tours, the latter of which was the 30th Anniversary We Are KMFDM tour END_OF_DOCUMENT_TOKEN_TO_BE_REPLACED 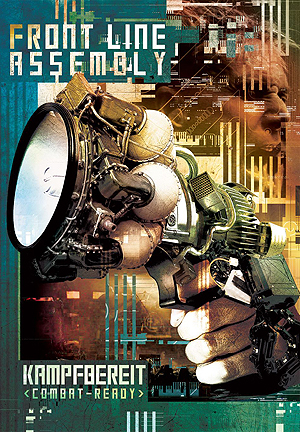 For three decades, the name of Front Line Assembly has been synonymous with underground electro/industrial music; renowned for innovative production techniques that blend cinematic soundscapes, pulsating EBM rhythms and bass lines, and aggressive yet subtly melodic song structures, Bill Leeb and his revolving door of collaborators have given voice to a generation and a style of music that remains as vital as when it first emerged in 1986. END_OF_DOCUMENT_TOKEN_TO_BE_REPLACED 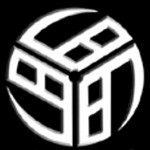 New wave, no wave, old wave, fuck off! In the ’90s, the machines placed their indelible stamp on underground rock music, the noise of industrial took over, and the vicious onslaught of coldwave began! Among the many proponents of this style was a Chicago entity called Acumen – later to become Acumen Nation, founded by Jason Novak and which later branched off to become a prominent figure in the throngs of American industrial music END_OF_DOCUMENT_TOKEN_TO_BE_REPLACED

Many bands go through what is often referred to as the “classic” period; that era when everything about that band seemed right and true. The people in the band worked well together in spite of (or perhaps even because of) internal tensions, the results yielding some exemplary music that reached a wide audience that would propel the band in that particular configuration to the heights of creative and critical acclaim. For the industrial metal juggernaut known as Ministry, that era seemed to be the near decade lasting from 1987 to 1996, when Al Jourgensen (then going by the nickname of Alien) and Paul Barker would be the dynamic duo of destruction and debauchery. END_OF_DOCUMENT_TOKEN_TO_BE_REPLACED

Walking in the Land of Wind and Ghost0

Since 1997, the duo of Clayton Worbeck and Josh Bradford has been steadily building their reputation in the industrial rock underground for their enigmatic image and varied musical abilities. They are perhaps most well known for their recent collaborations with Al Jourgensen, touring with Revolting Cocks in 2006 on the MasterbaTour before being made official members to carry the mantle through the Sex-O Olympic-O and Got Cock? albums. Shortly thereafter, Worbeck and Bradford, along with RevCo collaborator Sin Quirin began work on a new band, The Great AmeriCon, with a debut album on the cusp of a release in mid-2011. Beyond this, Worbeck has also earned accolades for his remixing skills, appearing on releases by Ministry, Filter, and Prong, as well as the soundtrack to Saw V. In the same vein, Bradford has become well known as an eccentric and exciting performer, both for his wild persona onstage and his Simple Shelter music and video presentations. However, the pair’s musical journey began in their homeland of Canada with their industrial rock band, Stayte. As Stayte has lingered just under the radar of the underground music scene for well over a decade, Worbeck and Bradford maintained a slow but steady pace of production, self-releasing their fourth album, The Two Sisters, in 2010. 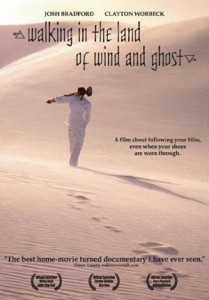 It is not unusual – even before the advent of the technological age – for a band of musicians to record their misadventures performing shows, traveling from city-to-city and state-to-state, encountering odd characters, wreaking havoc and creating mischief afterhours, living off of every last penny to fulfill the “dream” of rock stardom. One need only watch films like Fubar and Anvil, or even the behind-the-scenes footage that is included almost universally on every live video release for proof; and why not? For fans to experience the lives of their musical heroes, if only peripherally, is an incredibly enticing and alluring notion – to live vicariously the life of a rock star, something few of us get to understand or appreciate for ourselves. So with the DVD release of Walking in the Land of Wind and Ghost, Bradford and Worbeck present to audiences 12 years worth of video footage documenting their voyage from the depths of obscurity and youthful idealism and despair to the highs of worldwide acclaim and the fulfillment of perseverance and the inevitable emptiness of success, all condensed into little over an hour… and what a presentation it is!

It would be useless to breakdown or synopsize Walking in the Land of Wind and Ghost; one need only watch the film to realize the enormous amount of activity, hardship, turmoil, pain, and ultimate pleasure that Bradford and Worbeck have endured over the course of 12 years. With Bradford narrating in a somber and sober intonation that perfectly captures the comedy and the contemplation of so odd an odyssey, there are moments that are as hysterical as they are heartbreaking, from the image of Bradford eating a corndog and playing with insects on a dirty kitchen floor in a dilapidated apartment to the band at one point utilizing an inflatable penguin as their de facto manager (yes… seriously) to an introspective moment in which Bradford sits in the sand on the side of a highway during a short period of departure from the band, and even a (thankfully for those with weak stomachs) brief montage in the outtakes of the various scars and cuts the band has suffered through. But again, none of this is presented without a sense of humor, albeit a sardonic and slightly jaded one. Bradford acknowledges Perry Farrell’s influence on his performance style and stage persona, expresses his and his cohorts’ pride in their Canadian roots – remarking on the lower drinking age and affinity for hockey and hiking, and consistently reminds viewers (as he does audiences at their shows) to thank “Joe’s ass.” One of the film’s final images – Bradford sitting alone and waiting in what is apparently a French police station – acts as apropos summary for the film, at once funny, pitiable, and sympathetic. Adding to the humor and to the music are plenty of extra DVD features, including three music videos and plenty of footage not included in the final film. 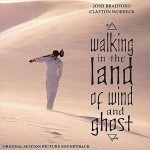 Of course, it wouldn’t be a proper rockumentary without the band’s music to supply the soundtrack. Featuring 12 years worth of music from Bradford’s and Worbeck’s various projects over the years, the soundtrack is an amalgam of the hard-hitting industrial rock assault that is Stayte, the atmospheric electro/goth of Bradford’s Simple Shelter, to the funky disco/industrial of The Total Phuken Muncho (a band whose short history is touched on in the film). Naturally, the soundtrack album can only offer the smallest sample of 14 tracks, with the radio edit of “The Two Sisters” and the remix of “Slip Your Mind” offering perhaps the loudest and most epic and bombastic musical moments with thundering percussion, layers of guitars and synthesized noise, and Bradford’s high-pitched, frenetic, and explosive vocals. “On Your Way Down” introduces the album with a finely paced piece of atmospheric industrial rock as Bradford’s vocals denounce materialism; a fine prologue to some of the themes touched on in the film. The quirky dark electro of Simple Shelter’s “1980” is one of the more sonically interesting moments, lost somewhere between ‘80s retro and ambient electroclash acidity. “Journey to Days End” and “In Awe” are the almost obligatory somber acoustic tracks that evoke simultaneous triumph and defeat, pleasure and pain, sadness and discovery, but they succeed on these levels so well that their all-too-familiar flavor is hardly a deterrent, though they work better within the context of the film and as songs unto themselves than as elements to the soundtrack album. The opposite can be said of “Only You,” a darkly atmospheric and gothic ode to a fallen friend who played a key role in Stayte’s early years, the synthesized pad swirl and Bradford’s restrained vocals providing an elegiac eulogizing quality to the song. On the more playful side of things is The Total Phuken Muncho’s “The King of Funk,” which struts by with a highly rhythmic beat and bass line that make the song just too damn catchy to not dance to.

It’s difficult to say if there are any lessons to be gleaned from Walking in the Land of Wind and Ghost – obviously, Josh Bradford’s and Clayton Worbeck’s perseverance in pursuit of their dream of rock stardom did allow that dream to come to fruition, but as evidenced by the final 10 minutes of the film, the success came at a price, leaving both the band and audiences to ponder the meaning to be found in all of it. One could simplify Bradford’s often humorous, occasionally sullen, always insightful commentary on the 12 years covered in this film down to the cliché of “It’s the journey, not the destination.” This is certainly applicable, but the straightforward tone of the film carries a certain weight that is both entertaining and insightful, allowing the viewer to discern other interpretations relevant to the individual – in the end, is that not the function of true art?

Purchase at…
The Stayte Webstore

Purchase the DVD at…
Amazon.com