In the heart of the nation’s capital, the DC Fetish Ball now celebrates 11 years in the area. Representing one of the region’s largest and most recognized nights for the alternative and underground scene, it’s now taking a new direction in hopes of bringing a more positive message and help a culture that currently stands in crisis.

Our nation has been bathed in a rhetoric of division and hate for several years now. Indeed, we’re seeing the saturation of this in almost every circle and the underground scene is no exception. More and more, the fabric that once brought us together is now tearing so many apart. Perhaps we can’t change the tide for everyone out there, but we can change the conversation within ourselves. We can choose to find love and community within the circles we engage, and we can create a sense of love and light for all of those around.

So this year, the DC Fetish Ball is dedicated to Tough Love. It’s easy to tear something down and fill your heart with hate or vengeance for the world around you. To choose love is a much more difficult path. But it’s possible, and only you can change the dialogue. So for yourself, for the sake of the scene, and indeed for the world in which we live, do not bow to the message of hate and division that surrounds us. Rather, carry love in your heart and let it shine to all of those around. Only then will we find the path for a new and better tomorrow.

Driving this message forward, the FetBall is an annual fundraiser for efforts to The Metro Underground. Since its inception over 10 years ago, The Metro Underground has carried two core principles. First, to serve as a primary gateway to the “entire” spectrum of the alternative, adult, and underground scene for DC, Baltimore, and the Mid-Atlantic.

This includes but is not limited to:

It lists clubs and groups, resources and culture, full calendars, recurring events, national events, as well as news and notes from around the scene. Essentially, it gives you everything you need to be completely plugged in for the underground & alternative scene.

But it also serves as a forum for bridges to be built from one culture to another and from one group to the next. Until now, they’ve focused on the first. It’s now time to change the dialogue, so a new direction has begun to focus more on the second.

In this, the DC Fetish Ball presents Tough Love – coming Sunday, October 7 (Columbus Day Weekend) and bringing together some of the scene’s very best DJs, models, fashion, and nationally recognized talent – all accented with an incredible play space in one of the city’s most lavish venues. It hopes to make an impact and carry a better message forward for the beginning of a new day ahead. 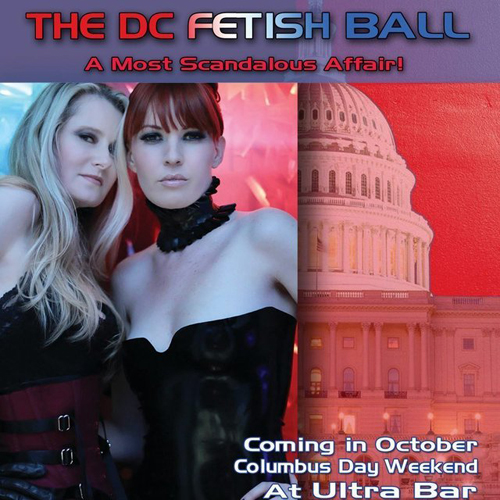