Hanz-Baal: TONTTU is the musical division of The Anti-Gnome Army playing exclusively Anti-Gnome/martial/industrial/neo-folk/metal. Our roots are in Finland and we have been raising awareness about gnomes and their evil schemes since 1997… some would say earlier, but would that make the difference? I think not, so let us leave it to that. After gnomes kidnapped our beloved founding member Petja, we reached this current form in 2013 when we activated again.
Our valiant task is to make the only kind of music that is worth listening: The music that repels gnomes and makes those sympathizing with them to seek for shelter and run for cover. So that we can burn those shelters as soon as the opportunity arises!
I have said numerous times that our highly competitive musical genre really describes what we are up to.

Hanz-Baal: Naturally this is the most tricky question, as everyone in their right mind would say TONTTU. But being selfless and somewhat humble, I may take this question as a challenge and think outside of the box (gnomes manufacture boxes just to make our lives a bit harder… I bet you did not know that!).

Hanz-Baal: I must leave it to these, but as you all know, this is not a an easy task to choose a few goodies after lifetime of listening to music. Naturally, there are plethora of amazing artists and too many gnomes trying to mess with our minds with insignificant things. I could easily say :Wumpscut:, Covenant, The Electric Hellfire Club, Harmony Garden, The Sisters of Mercy, or any of the great old bands like Led Zeppelin. On the other hand, I could mention Choronzon or Veil of Thorns alongside P. Emerson Williams’ solo albums for the same reason I usually do: burning the boxes. 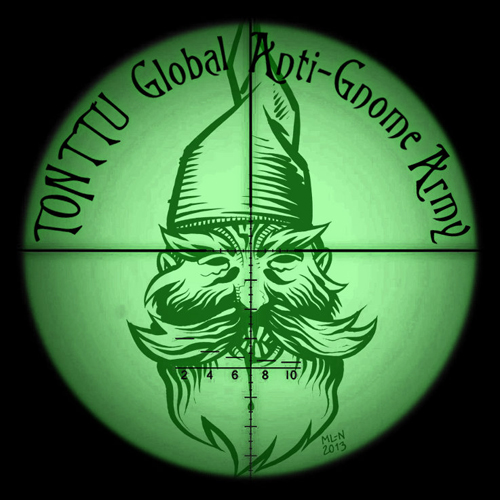 Hanz-Baal: There are good albums and then there are albums that really make you listen to them with the most keen mind as they make you think about something other than eradicating gnomes. Wait, isn’t that alarming?! Is it a trap!? The oldest trick in that damn book that should have been burned ages ago? Hmm, let us say that even the most enthusiastic gnome hater needs time to chill once in a while… even though I’m still a bit suspicious after realizing the dangers of good music.

Hanz-Baal: The same epilogue as in the earlier question; depending on when I am asked, the results may vary. But naturally, there are classics that stay on the list and if I ever find any notions of righteous hatred against gnomes, I am so in that IN that it must be bolded, underlined, and cursived! In here could easily be Psyclon Nine’s albums, some FLA, or 242 stuff. You know, also Blood Axis could fit in. What a gnome! There could be numerous Judas Priest or Jethro Tull albums too! 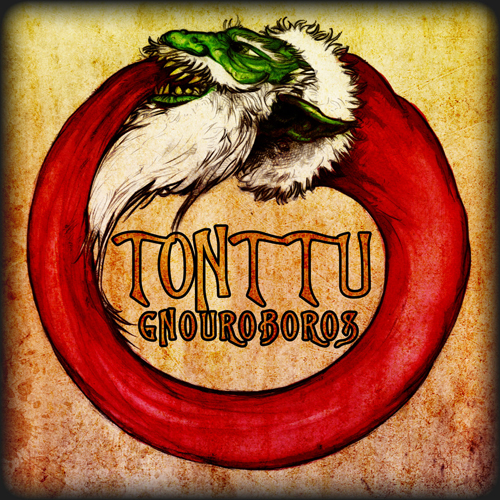 Hanz-Baal: I am bit of a grasshopper when it comes to things that inspire and lure me in. There are certain themes, though, that stand the test of time.

Hanz-Baal: I think this is the most splendid time to call this quits. TonttuFinderGeneral Hanz-Baal saying over and out and thanking you while walking away and whistling some glorious Anti-Gnome tunes.