On May 2, 2018, Ali Mojallal and the Highline Bar launched the biggest industrial festival that Seattle has seen – the 10 Year Anniversary of Mechanismus, MechFest! Although this writer has played the Highline with Murder Weapons a few times and has been to shows there, I have never seen the place so jam packed with a line down the stairs and winding down Broadway. The Mechanismus 10 Year Anniversary event handed out collectible “passports” and with the huge number of attendees, it was so busy that many of those standing in line completely missed the opening acts – The Walking Wounded and Pill Brigade. However, following a set by eminent Chicago electro act The Gothsicles, the first night was a huge success with Grendel, Ghostfeeder, and Peter Turns Pirate headlining while on the Severed Nations North American tour! 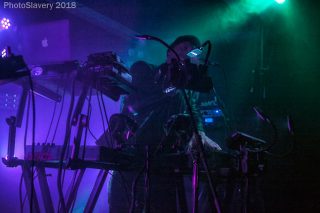 I had not heard of Peter Turns Pirate before the show and was super impressed with Neal Reed’s one man show. His vocals are powerful and his stage performance is filled with masterful theatrics. After that, Mechanismus MC Nick Frank (of Mixed Messages) introduced Ghostfeeder with glee, as he has been known to recommend this band among Seattle gothic/industrial scenesters for years. The duo’s performance was astounding; to think that just two people could put out such huge sound was quite fantastic, showcasing tracks from across the band’s electro/rock discography. Much to the delight of the crowd, Ghostfeeder also laid down some toms for a bit of live percussion spectacle. 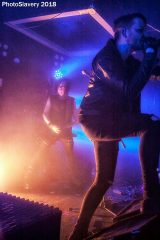 Grendel then took to the stage and what a show the band put on for hungry Seattle fans! Performing songs mainly from the latest release, Age of the Disposable Body, along with a few classics to sate the hardcore fans, the sound was full and the light show was stunning. Lead vocalist J.D. Tucker’s stage performance commanded attention with his warm and powerful vocals, thrilling the audience and enticing them to sing along. 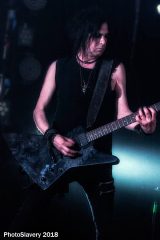 Likewise, Ben Tourkantonis’ drums sounded perfect, giving a powerful backbeat to Grendel’s searing electronics, provided by way of Peter Turns Pirate’s Neal Reed performing some captivating synths and backup vocals, hooking the crowd with every single song. In a different turn for Grendel, Erik Gustafson (whom we know and love from Adoration Destroyed) graced the stage on guitar and backup vocals. His guitar tone was on point, complementing Grendel’s heavy electronics nicely. When asked about his beautiful, clear, melodic guitar tone, Gustafson stated, “As far as guitar, I have sworn by Mesa Boogie Amps for years. I love the tube amp sound and paired with a guitar with EMG pickups.”

With the Severed Nations Tour continuing until May 13, the MechFest performance was a surefire highlight for these three bands. Similarly, with other acts at the festival like Assemblage 23, Unter Null, God Module, Ayria, Legion Within, and Leæther Strip to name but a few, May 2 was a brilliant first night of four celebrating the tenth anniversary of Seattle’s premier goth/industrial night. Put simply, they were not to be missed! 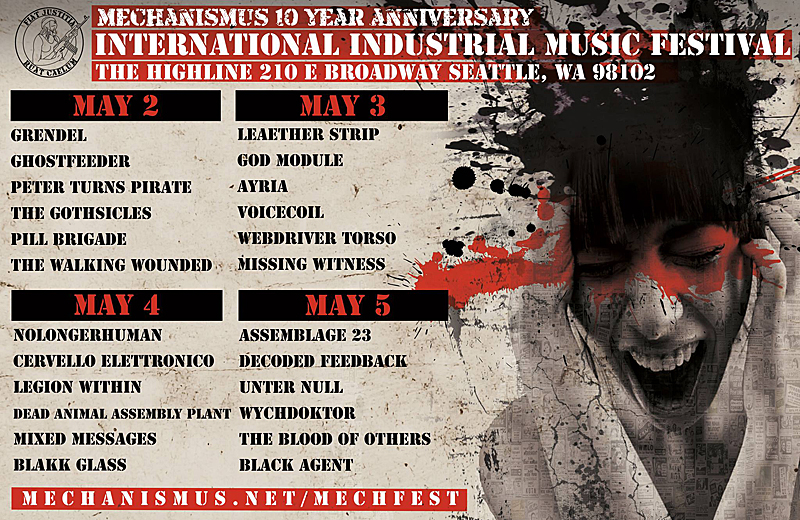