Album PreView: Dream into Dust – So Beautiful and So Dangerous0

So Beautiful and So Dangerous… rarely has so appropriate a title ever been given to a work of art as on the latest album from the New York experimental collective known as Dream into Dust. Never ones to succumb to easy categorization with their effective mix of emotionally charged melody and avant-garde soundscapes, the duo of Derek Rush and Bryin Dall have spent the better part of six years working on a worthwhile follow-up to 2003’s The Lathe of Heaven, an album that in this writer’s mind stands as one of the past decade’s most overlooked and most devastating musical experiences. With this third full-length album, the band pulls all the stops to take listeners through a nightmarishly satisfying journey that is as depressing as it is blissful, as introspective as it is expansive. 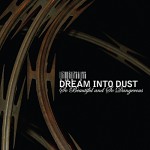 From the distorted ambient loops that introduce us to “Counterfeit,” released as a six-track web single in late 2010, breaking into a frantic assembly of frenetic beats and Rush’s virulent vocals, the stage for the album is set. The maelstrom abruptly ends, allowing the shimmering tones of an acoustic guitar to lead us into a static and feedback drenched ballad of unorthodox chord progressions and noisy rhythms that is instantly recognizable as Dream into Dust, Rush’s voice sounding just a bit exasperated on “End of Memory” after so incendiary an opening, beginning and ending with the lyrical lament, “Haven’t we done this before?” An appropriate statement as the album progresses, each track presenting a wide berth of audio experimentation, defying strict categorization as it touches on more than a few genres at once. Tracks like “Perfect Vision” and “Bruises Never Fade” exude some spectrally enhanced vision of ‘80s electro-pop with their bouncy, danceable beats, the former track even containing a gritty and melodic bass reminiscent of Peter Hook in New Order. Similarly, “Suspended in Fear” with its pulsating electronics and screeches of guitar feedback evokes some haunting form of darkwave, while “Secondhand Daylight” exhibits a slowly ethereal yet electrified shoegazer excursion full of chiming electric guitars the likes of which Robin Guthrie would be proud of. As well, “Deaden the Pain” with its grinding bass and impassioned vocals, ghostly noises filling the background to make for a rather venomous song, while the title track is as ominous as it is saddening, a subtly deep piano providing the backbone beneath waves of strings and skitters of eerie ambience. Of course, it wouldn’t be Dream into Dust without that trademark blend of acoustic melancholy and industrial dissonance as “Flowers of Destruction” brings us to a sullen close, beginning quietly and building steadily to a clamorous and heart-wrenching climax.

So Beautiful and So Dangerous is a practice in extremes, filled to the brim with sonic emotional fury that threatens to damage not only one’s speakers but also one’s perceptions about the boundaries between music and noise. While this could be said of any of Dream into Dust’s previous releases, this album stands out for its exploration into such divergent genres that it would be easy to dismiss as disjointed or incoherent. Yet, there are numerous threads of continuity abounding as the duo’s collages of discordant sound underlie every track, with the tracks “Venus Flytrap,” “Nightshade,” “Foxglove,” “Black Lotus,” and “Stinging Nettles” serving as segues that maintain the flow and softening the blow of the wild stylistic exchanges. Despite the reduced role of the acoustic guitar on this album, Derek Rush proves that a songwriter’s greatest strength is not in the instrument but in the heart of the composer. Even as songs like “Bruises Never Fade” and “Suspended in Fear” throb with electro fervor that would please the modern club-going crowd, his distinctively unorthodox chord progressions and sharp tenor are everything longtime fans of Dream into Dust have come to expect while newcomers can appreciate the inherent musicality of the songs making them as appealing as the simplest radio friendly pop song. This combined with the chaotic yet fluidic sequence of the songs comes together so that So Beautiful and So Dangerous is no simple collection of singles as most recordings are in this day and age; this is an album meant to be heard as a complete work.

Set to be released in April, 2012 via the band’s own Chthonic Streams imprint, audiences can participate in granting the album the release it deserves via Kickstarter, circumventing the now obsolete necessity for major label funding. Offering a number of packages that include the digipak CD, past releases, T-shirts, and other rarities, the campaign ends on March 15, 2012 – 11:16am EDT. 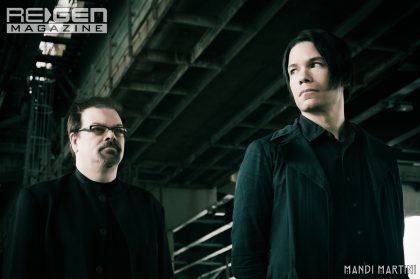 Featuring guest musicians Mario Padrón and Scott Reiter, So Beautiful and So Dangerous is the most varied release to date from a band already known for its variety. Dream into Dust is not easily digestible; in fact, the range of influences and styles the band employs combined with the dynamic atmospheres can be quite jarring to the casual listener. But therein lies the dilemma: this is not music for casual listening. No, this is an album that requires attentive desire and passionate introspection. Derek Rush and Bryin Dall have crafted with So Beautiful and So Dangerous a work of pure audio art, comprised of lyrical intensity, ambient brutality, and aggressive beauty.