Oakland based solo artist Ben Basic releases his own vision of industrial horror with the music video for the track “Dust.” Eerily melodic yet dissonant, Basic creates his sound primarily on a blend of drum loops and smart guitar pedal effects, drawing heavily on the influence of such innovative guitarists as U2’s The Edge and The Smiths’ Johnny Marr, the song evoking a vibe not dissimilar to Nine Inch Nails. END_OF_DOCUMENT_TOKEN_TO_BE_REPLACED

With the band appearing on this year’s Gothic Cruise and Mechanismus, Donna Lynch invites us into the creative world that is Ego Likeness.

An InterView with Donna Lynch of Ego Likeness
END_OF_DOCUMENT_TOKEN_TO_BE_REPLACED

ReGen Magazine wants to make sure we are always referring to people in ways that are responsive to their personal identity and dignity. To that end, we welcome artists reaching out to us to make us aware of any changes to or updates on their gender identity and preferences. We will, if the artist wants, happily revise any past articles – all ReViews, InterViews, and News items. We value accuracy and respect.

From all of us at ReGen Magazine… 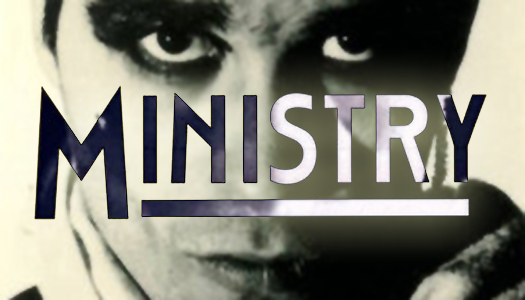 In recent years, greater acknowledgement has been paid to the earlier synthpop and darkwave sounds of MINISTRY, with today marking the release of Chicago 1982, a live recording of the band’s May 18, 1982 performance at On Broadway in Chicago. The MINISTRY live lineup during this period featured frontman Al Jourgensen with drummer Stephen George, backed by keyboardists Bob Roberts and John Davis, both of which participated in the recording of the band’s debut album, With Sympathy, the following year END_OF_DOCUMENT_TOKEN_TO_BE_REPLACED

One of the most influential entities in industrial and experimental music, COIL produced several soundtracks alongside the band’s regular discography, including one for a VHS-only documentary The Gay Man’s Guide to Safer Sex. Although the instructional sexual education documentary was released in 1992 via Pride Video, COIL’s soundtrack has until now never been issued, with longtime collaborator Danny Hyde having now provided the original masters to what founding member John Balance had referred to as a “slightly new agey, progressive house type thing.” END_OF_DOCUMENT_TOKEN_TO_BE_REPLACED

As a prelude to the dark/electro band’s upcoming eighth studio album, God Module released on Friday, May 10 the lyric video for “Cross My Heart.” Edited and conceptualized by God Module front man Jasyn Bangert, the video utilizes footage from 1933 stop motion film The Mascot, available via public domain. “Cross My Heart” is the first in a trilogy of digital singles END_OF_DOCUMENT_TOKEN_TO_BE_REPLACED 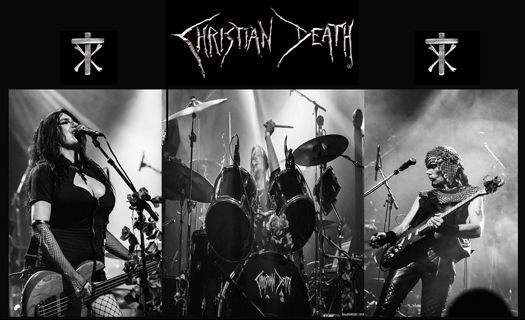 With a month-long European tour around the corner, legendary death/rock band Christian Death will be hosting a live video chat, presented by Sonic Seducer. Scheduled to take place on Sunday, May 19 via the band’s Facebook page, the video chat will be simulcast in the U.S. and Germany, with Christian Death “answering all of your questions unadulterated and uncensored,” END_OF_DOCUMENT_TOKEN_TO_BE_REPLACED