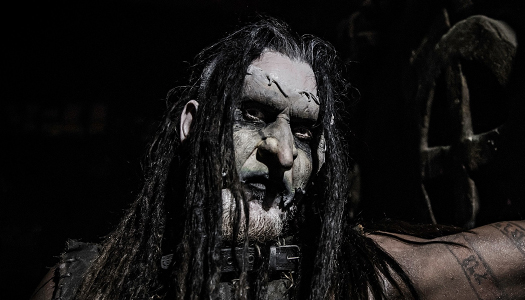 “It’s been almost 20 years since I toured the U.S. under the Era 1 version of Mortiis,” says the Norwegian artist, “so it seems like it’s about time to do it again.” With 2018 spent touring his early “dungeon synth” material throughout Europe, Russia, Austalia, Mexico, and South America, Mortiis will be embarking on a tour of 10 dates through North America in 2019 END_OF_DOCUMENT_TOKEN_TO_BE_REPLACED

Los Angeles based industrial/rock project ODDKO, having made its debut in November with the “Disobey” single and music video, has announced that the band will release a new track from the Escape the Maze debut album every month throughout the following year. Created in 2011 by musician and award winning visual director Giovanni Bucci, Oddko blends all of Gio’s artistic skills to create an engaging and darkly surreal experience, with themes revolving around “observations on contemporary society.” END_OF_DOCUMENT_TOKEN_TO_BE_REPLACED

VNV Nation InterView: A Sleepless Journey Through the Self0

Ronan Harris took his audience on a psychological journey of the self on VNV Nation’s tenth studio album, NOIRE. Here, he speaks with ReGen Magazine about that journey, and where it has taken him on his own path of reflection and evolution.

An InterView with Ronan Harris of VNV Nation
END_OF_DOCUMENT_TOKEN_TO_BE_REPLACED

Any live performance from Lords of Acid is an event full of licentious and lascivious delights, and the upcoming Pretty in Kink Tour in support of the electro/industrial band’s latest album is sure to be no different. Beginning on February 21 in Phoenix, AZ and continuing until March 27 in Las Vegas, NV, the Pretty in Kink Tour is sure to be among Lords of Acid’s most debaucherous yet END_OF_DOCUMENT_TOKEN_TO_BE_REPLACED

It has been a momentous year for Portland, OR based electro/punk band Die Robot with a change in lineup to now include keyboardist Yvette Lera (Lick, Zilch) and guitarist Heath Nunes, live performances at PIGFest 3.0 and opening for the likes of The Birthday Massacre, Clan of Xymox, and God Module. On top of that, the band released its Technopunk album, first as an EP, and then as a full-length record in August END_OF_DOCUMENT_TOKEN_TO_BE_REPLACED

Remaining one of the most vital and vibrant entities in electro/industrial music, Front Line Assembly has announced details for the band’s upcoming album, Wake Up the Coma. With a release date of February 8, 2019 via Metropolis Records, Wake Up the Coma marks FLA’s first album of new vocal material since 2013’s Echogenetic, followed by the 2018 video game soundtrack WarMech END_OF_DOCUMENT_TOKEN_TO_BE_REPLACED